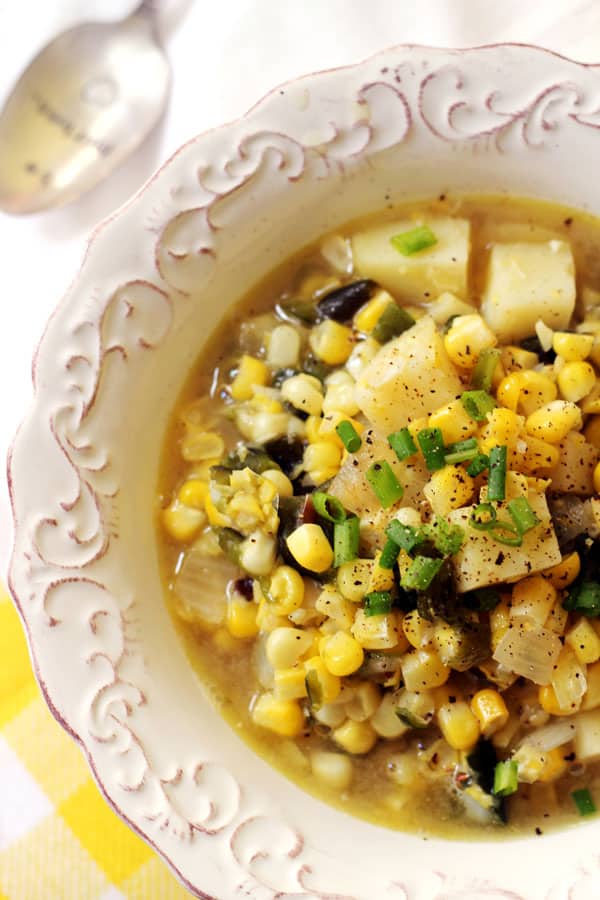 If there's anything that a big handful of raw or cooked corn doesn't make better, then I haven't found it. And trust me...I have tried. This summer has been all about the corn! Corn in salads, corn in frittatas, corn on pizza, corn in ice cream...and of course the season wouldn't be complete without corn in soup! That's a must have.

The true irony about corn chowder is that it so often feels like by the time it gets cool enough for soup making, corn has already lost it's lusciously sweet allure. Not this year. Because THIS year, I'm getting while the getting's still good. Sure, that means I may have to slurp this soup down while sitting in front of an air conditioning unit. But it will be worth every minute. Join me? 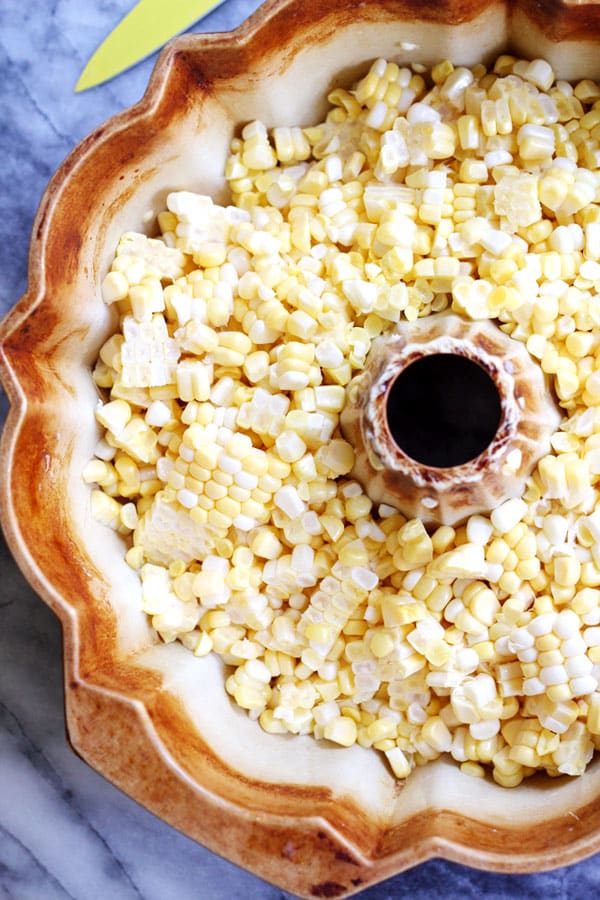 Part of the reason why corn chowders always feel so inappropriate for summer consumption is that they are often overly creamy and heavy. Not this one! This soup is actually totally dairy-free and vegan, getting creaminess instead from pureeing a bit of the corn and potatoes used to make the soup. I like to use my immersion blender so that I don't have to transfer the hot liquid to a blender or food processor, but you can blend it however you want. Another extra special aspect of this soup is that the broth is made from scratch by simmering it with corn cobs! This adds even more corn flavor than the corn kernels themselves do and lets the sweet nutty corn flavor really pop. Roasted poblanos are stirred in during the last few minutes of simmering to round out the corn sweetness with some smokiness and spice. You can serve this soup as a side dish, but it works equally as well as a lighter main course. 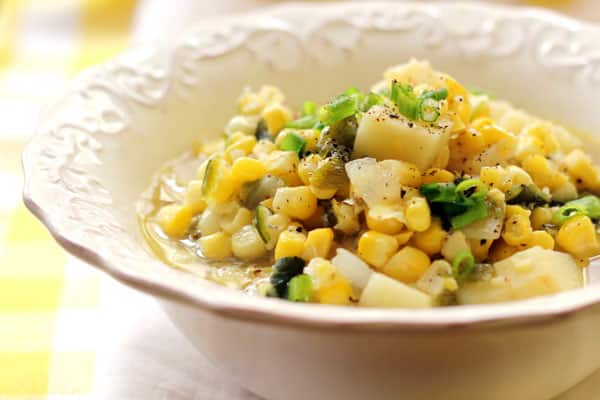 The corn broth can be made ahead of time. Just strain it and store it in the fridge until you're ready to use it!