Up until about five years ago, I was a self-professed Brussels sprout hater. Where this came from, I have no idea. I’m pretty sure my parents never even attempted to give me Brussels sprouts, and I have no recollection of really ever giving them a try. Yet, I was adamant about my dislike. Which just seems downright silly now. My husband finally convinced me to give them a whirl, and let’s just say that I’ve been making up for lost time ever since.

My go-to method for preparing Brussels sprouts is to simply roast them in the oven with a little bit of olive oil and honey, which is what I used as the base for this pizza. The slight sweetness from the honey balances out the Brussels sprouts perfectly, along with a little garlic and red pepper flakes for a hint of heat. 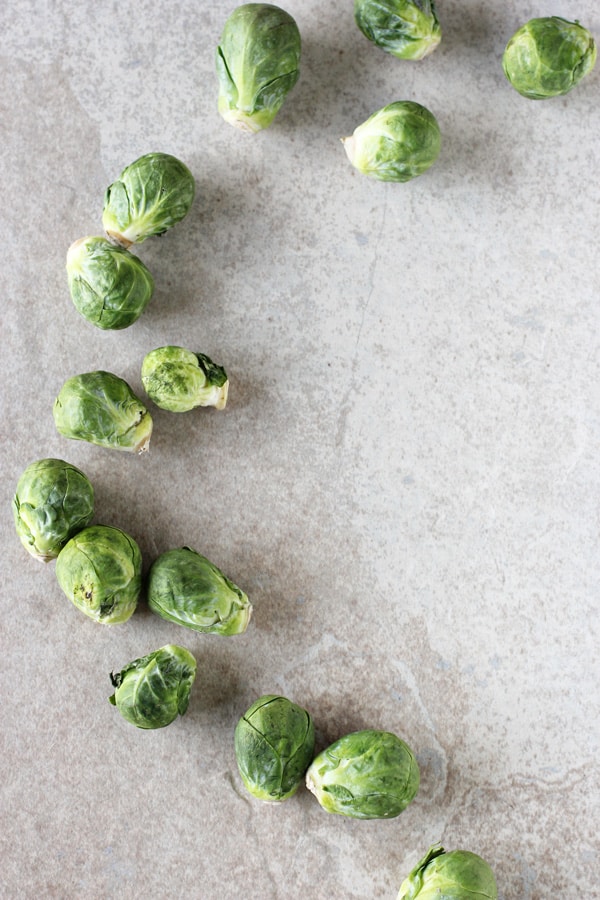 In addition to the roasted Brussels sprouts, you’ll also add some shredded red cabbage for a pop of gorgeous color and some toasted walnuts for some crunch. Classic, mellow mozzarella ties it all together and doesn’t overpower the flavors from the toppings.

When the pizza bakes, the high temperature of the oven gives the Brussels sprouts a bit of char on the outer leafy layer, leaving them a touch crispy, while also sort of caramelizing the sliced surfaces. Finish the pizza off with a sprinkle of lemon zest to brighten it all up, making for one fantastic seasonal fall meal. 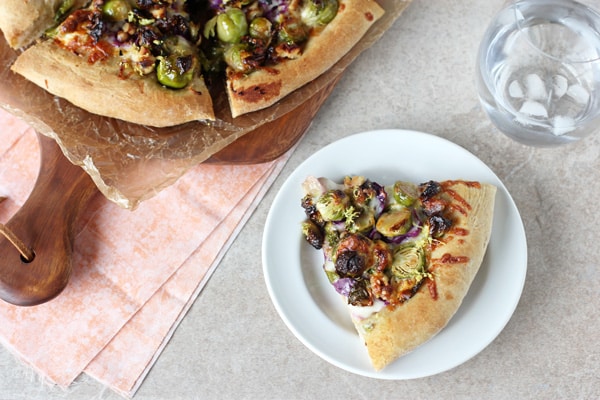 For the roasted Brussels sprouts: