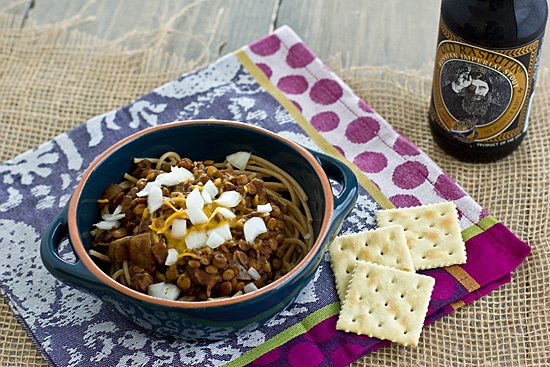 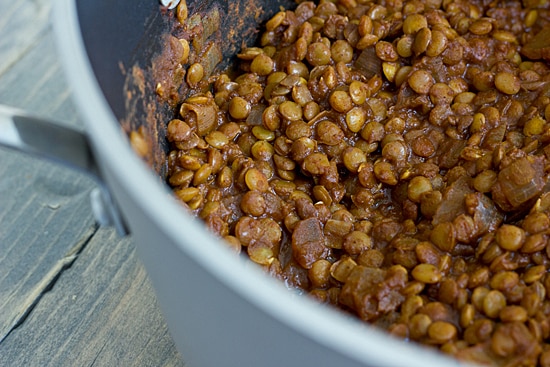 The easy way take the meat out of this recipe would be to use those soy crumbles they sell in the freezer case at most grocery stores. When I first stopped eating meat, I heavily relied on all those frozen soy meat substitutes. But they're highly processed using some questionable chemicals like hexane and they're made with genetically-modified soy. And, to be honest, I don't eat meat because I don't like meat, so I don't really feel the need to eat products that look, taste, and feel like meat, you know? (The only meat substitute I regularly use is Field Roast--I love yoooou, Field Roast! And if you ever need a recipe developer, call me!)

Anyway! Obviously soy crumbles are out of the question, so I decided to use lentils instead. I was a little bit nervous that they'd fall apart while cooking as lentils sometimes do, but they stayed intact. And wow, I wish I had started making this vegan Cincinnati chili recipe years ago--the spices and addition of cocoa powder make the sauce reminiscent of mole. It's like mole with slightly less assertive flavors, I guess. And lentils, well, lentils are good in everything, right? They're also way (way) cheaper than those frozen soy meat substitutes, making this recipe budget-friendly too. 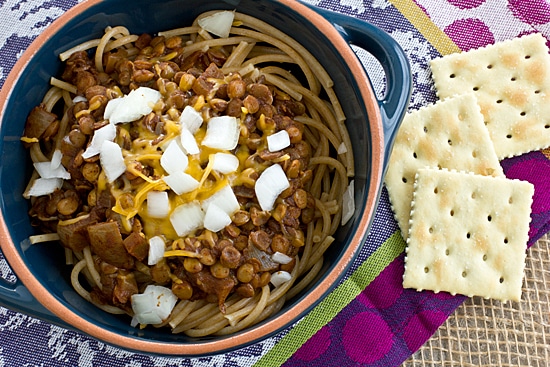