Mushrooms (especially portabellas!) are often used as a substitute for meat, not just for their texture, but for their umami flavor. Umami is one of the five basic tastes--it's a savory flavor, one that can be found in cured meats, cheeses, and soy sauce. The best way to really bring out the umami in mushrooms is to cook them in a little red wine. It adds a depth of flavor that you just can't get with butter or oil alone. So if you make this recipe, don't skip the wine! 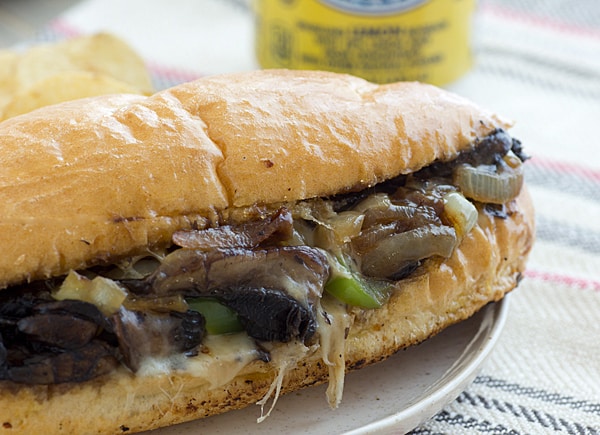 If you are bothered by such things, you can remove the gills from the mushrooms before cooking them. They have a tendency to discolor the bread and onions a little.