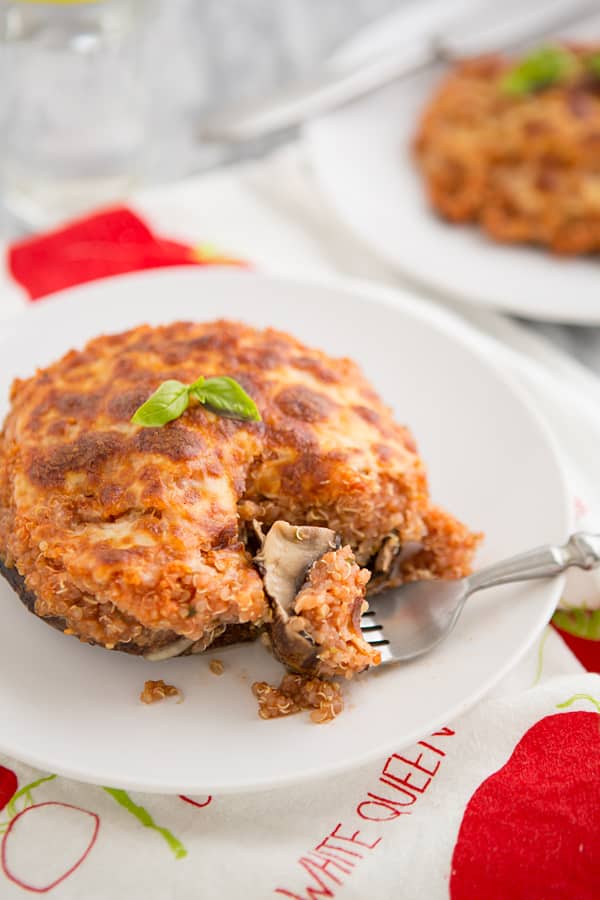 Were you trying to find something on my blog on Saturday and some strange, completely different site was on here instead? Yeah, that happened! I had a major (major) technical hiccup over the weekend. I had hired someone to move my portfolio from my old host to my current one and the portfolio was accidentally uploaded to this domain instead.

And after Oh My Veggies was restored, my recipes were down for a bit. I heard from at least one person who was about to make a recipe and then—POOF!—it had vanished. So I'm sorry if that happened to you. I also lost some comments, so if you left one and it's not published, now you know why—it's not because I'm a jerk who hates comments and people. Now that that's out of the way, we can move onto even more important questions…

A Mushroom by Any Other Name

…is it weird that everyone else seems to say portobello mushroom and I say portabella? (According to Wikipedia, it is acceptable to call them portabella mushrooms. Acceptable but unpopular.) There are too many o's in portobello and it just doesn't roll off the tongue like portabella does. Also, I'm the boss of me; I do what I want. (Someday I'm going to get a tattoo that says that. If only all those words would fit on my knuckles.) 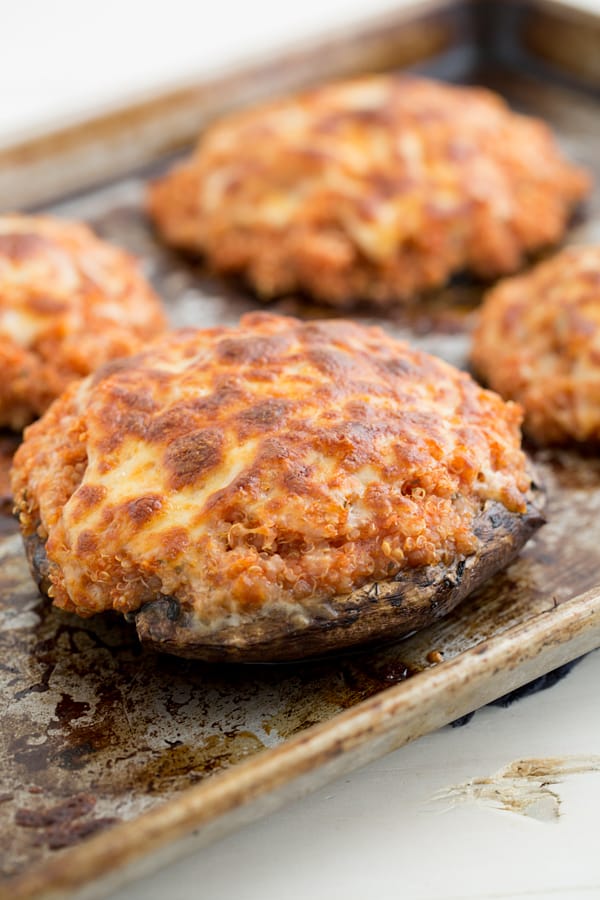 On topic! Pizza Quinoa Stuffed Portabella Mushrooms. The pictures don't do these justice, but trust me, they are delicious. I've been enamored with Food Doodles' Pizza Quinoa Casserole recipe for a while now. Usually I throw some veggies into it, but then I got the idea to stuff the pizza quinoa into veggies. I was going to do zucchini, but since I already posted Taco-Stuffed Zucchini this summer, I went with portabella mushrooms instead. Taco zucchini! Pizza mushrooms! What other crazy fast food types of things can I stuff into vegetables? (Falafel Eggplant might be delicious, but please stop me when I post Cinnabon-Stuffed Butternut Squash.) 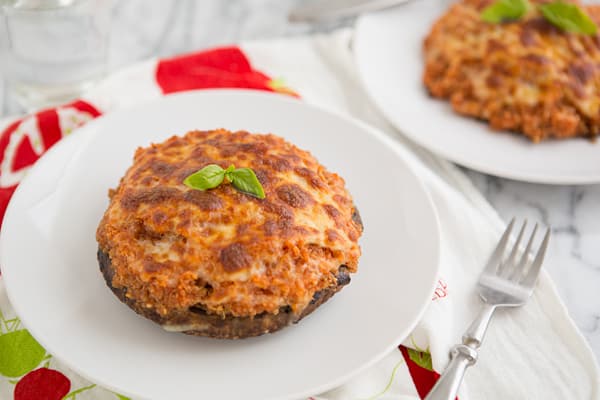