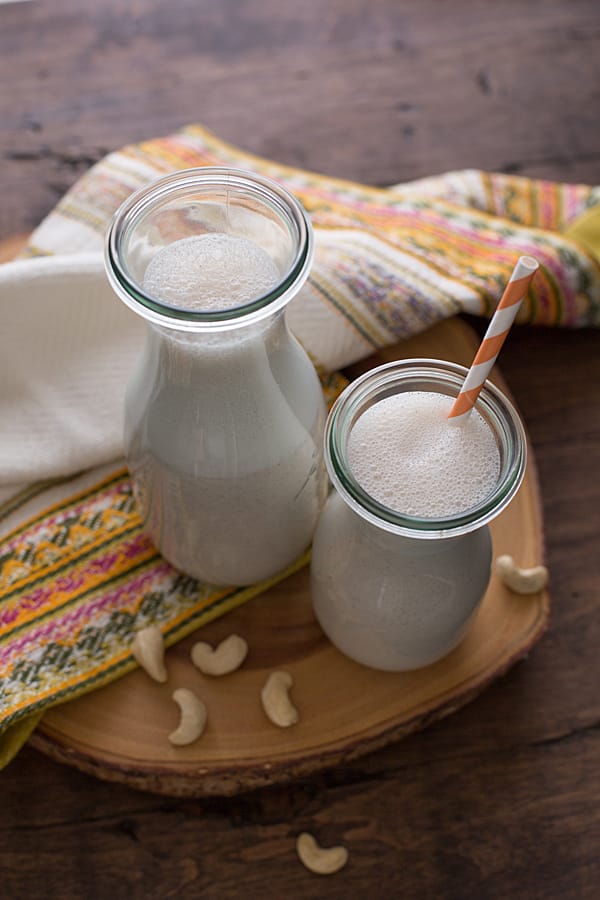 This recipe for Non-Dairy Cinnamon Vanilla Cashew Milk is so simple. If I only knew how easy it was to make my own non-dairy milks, I would have started doing it years ago. Why did it take me so long to discover this?!

Okay, it's still not as easy as picking up a carton of almond milk at the store. But it's easier than I thought it would be. After learning about carrageenan, I decided that I wanted to avoid non-dairy milk made with it. This is not a lecture-y blog, so don't take this as me telling you what you should or should not eat, but I decided that for me, I'd rather seek out products that don't use carrageenan. There are plenty of carrageenan-free nut and soy milks out there, but I started to get curious about whether I could make my own. 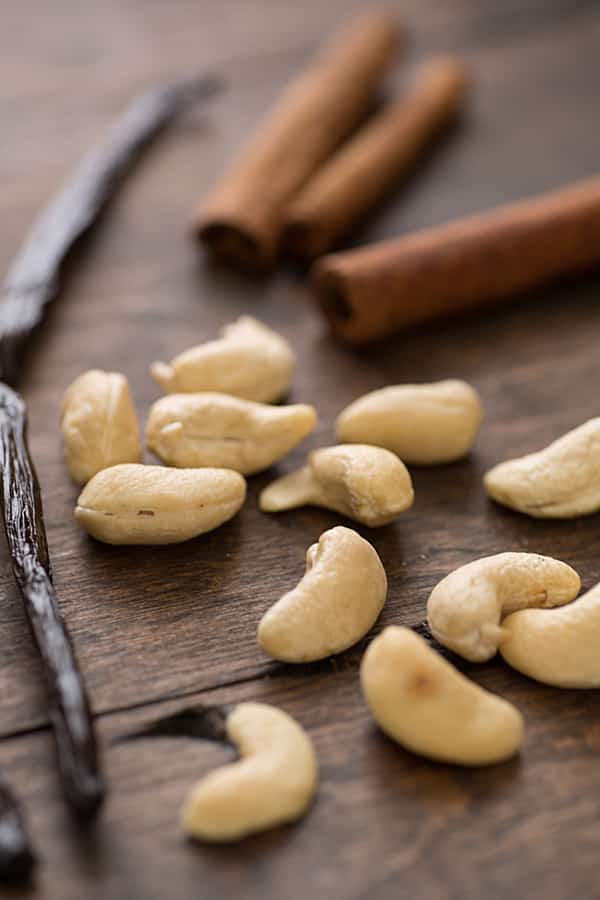 I started with my friend Kelly's tutorial on how to make your own coconut milk. It was easy and delicious and I wanted to make more. MOOOORE! So then I tried making the cashew milk recipe that came with my Vitamix. I love almond milk, but I think I love cashew milk even more. (Side note: why do they not sell cashew milk in grocery stores?)

Cashew milk is creamy and rich, without having to add carrageenan or any other thickeners. Unlike other nut milks, cashew milk is so smooth that you don't have to strain it (although you can if you want to). Urban Remedy makes a cashew milk spiced with vanilla and cinnamon, and although I haven't tried it, it sounded so delicious that I thought I'd put those flavors in my own cashew milk.

If a hug could be turned into a drink and bottled, it would taste like this. It's a hug for your tastebuds! Or something. The beverage equivalent of a warm fuzzy sweater, if you will. You know why? Because the secret ingredient is LOVE. (Oh, wait—no, it's cinnamon.) 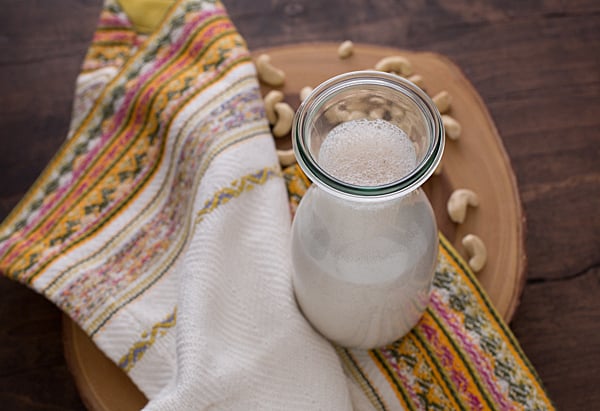 To soak cashews, place them in a bowl and cover them with water. Let them sit for 4 hours, then drain and rinse. Cashew milk will keep in the refrigerator for about 2 days. Store it in a bottle and shake before serving.