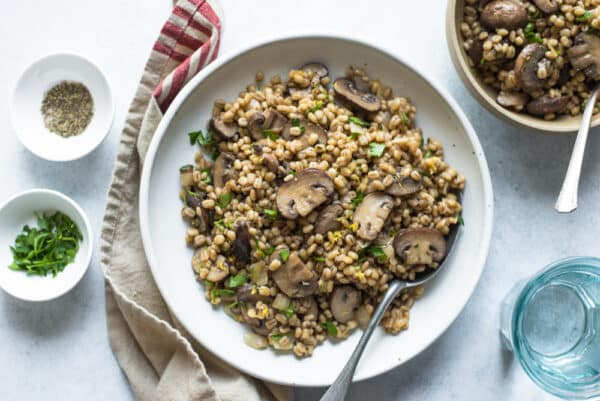 I love making rice pilafs, but sometimes, I like experimenting with different types of grains. I have found that pearled barley is a great alternative to rice. It's chewier, more toothsome and the grains absorb all the wonderful flavors of the broth that it's cooked in. Plus, pearl barley is incredibly hearty, so a bowl of this pilaf will definitely fill you up!

One important thing to note is that barley is not gluten-free. If you want to make a gluten-free version of this dish, use rice instead of barley and reduce the amount of broth to 3 cups total. 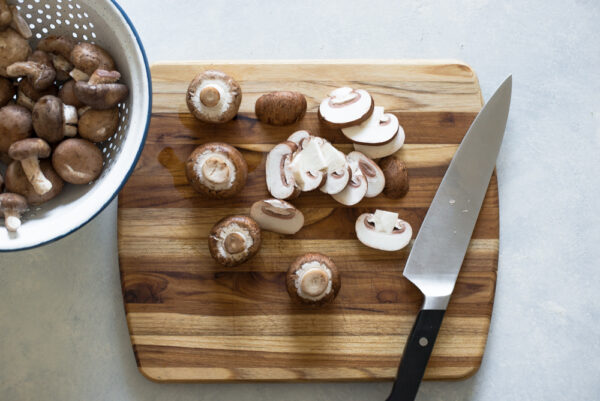 For this mushroom barley pilaf, I'm using a mixture of cremini and shiitake mushrooms. Shiitake mushrooms have a more intense mushroom flavor, so they add another layer of rich and savory flavor to the dish. To start, you will want to dry sauté the mushrooms, essentially cooking the mushrooms without any oil. Mushrooms naturally release juices as they cook, so you can skip the oil for that step! 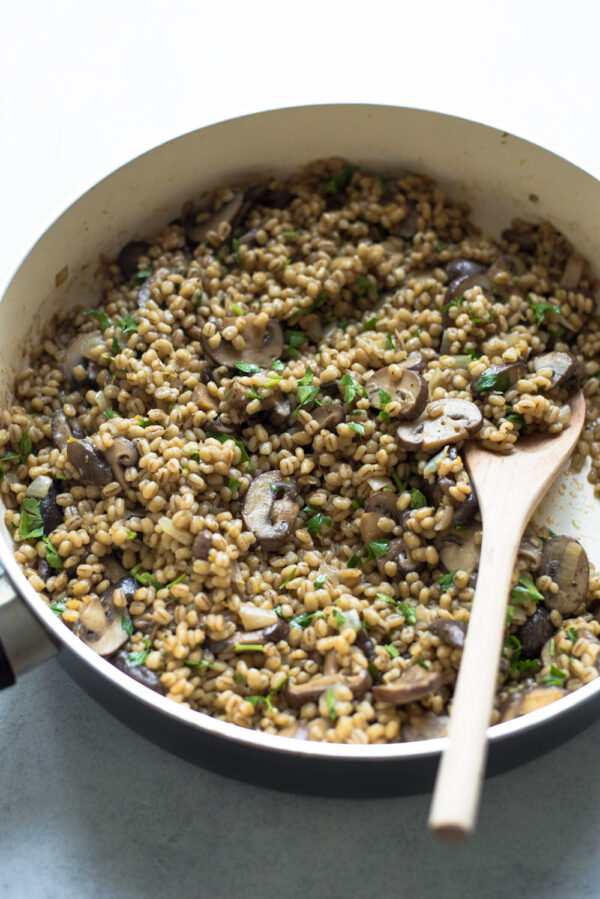 A great way to repurpose your leftovers is to add the barley pilaf to your vegetable soups! 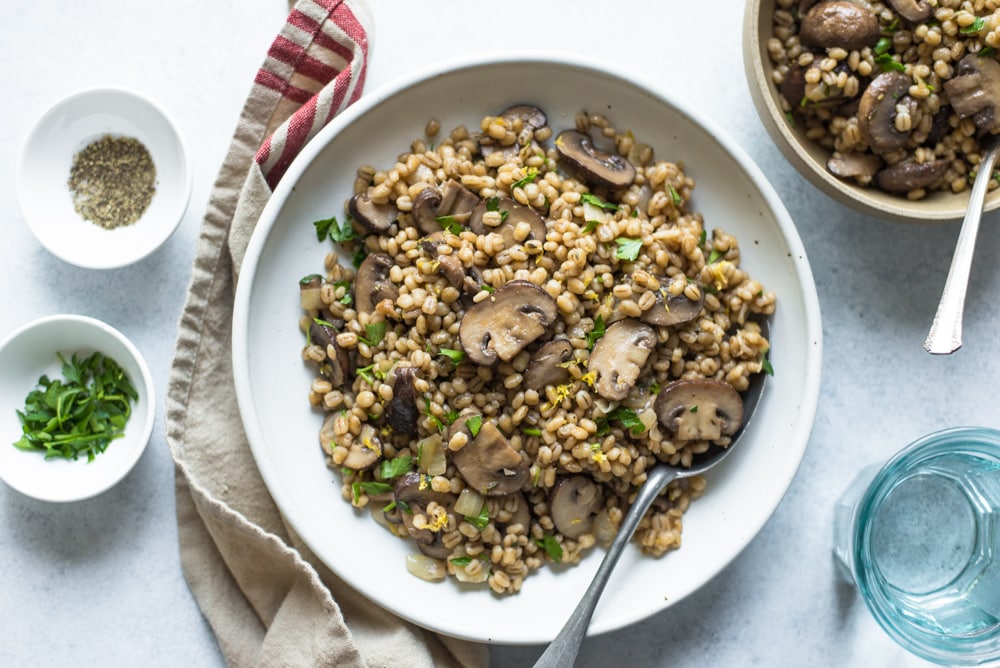 Lisa Lin is the writer and photographer behind Healthy Nibbles & Bits, where she shares simple, healthy recipes. She grew up in San Francisco and spent time living in China and Washington, D.C. before moving back to California. Her recipes are often inspired by her time in China and travel throughout Southeast Asia.