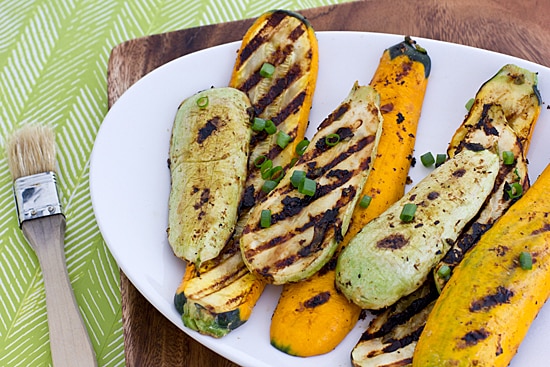 This is a recipe for Miso-Marinated Grilled Summer Squash (zucchini and yellow squash). It's an easy Japanese-inspired side dish!

In general, I don't try to recreate restaurant recipes. While there have been a few that turned out well (like my Thai pizza), most of the time they don't seem to measure up. It's easier to just go to the restaurant in question and have the real thing.

Unfortunately, one of my favorite vegetable dishes was one we had in Japan, at a completely tourist-y ninja-themed restaurant. (Really, I don't understand why there aren't more restaurants with ninjas as waiters. Also, the ninjas did magic tricks.) It was so simple, only consisting of a miso-based sauce and steamed vegetables. But it was so good. My first few attempts at replicating the sauce resulted in salty, barely edible disasters. But this time I got it right! I realized that my version was missing the sweetness of the original and that I needed to add sugar.

I used different vegetables than we had in Japan (summer squash, since it's that time of year) and grilled them instead of steaming them. This grilled summer squash recipe couldn't be easier, so it's a perfect way to use fresh zucchini from the garden. 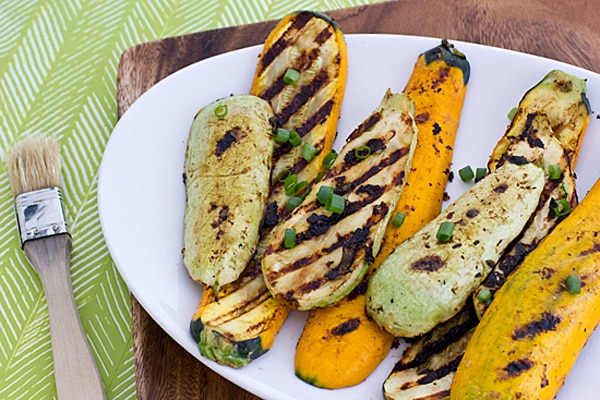