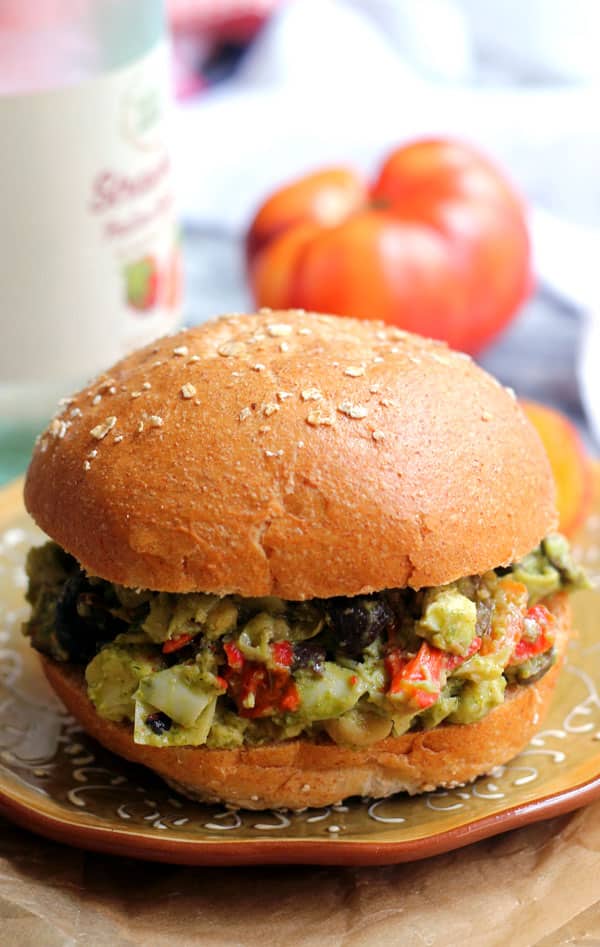 Yesterday, it hit almost 100 degrees where I live. ONE HUNDRED. I get that for some places, like Arizona, that's nothing, but for New York City it's a little outrageous. We just don't know what to do with ourselves! And I certainly have no idea what to make for dinner. Even turning on the stove for fifteen minutes to make a stir fry has me wiping sweat off every inch of my body and my husband complaining that I've turned our tiny fifth floor walk-up into an oven.

My solution to this constant struggle has been sandwiches. Lots of sandwiches. Generally, they require minimal, if any, stove time and they're pretty fast to throw together. We've been getting bored of the usual summer staples, though (there's only so many ways you can make a caprese sandwich, am I right?), so I've made it my summer mission to vegetarianize some deli sandwich classics. 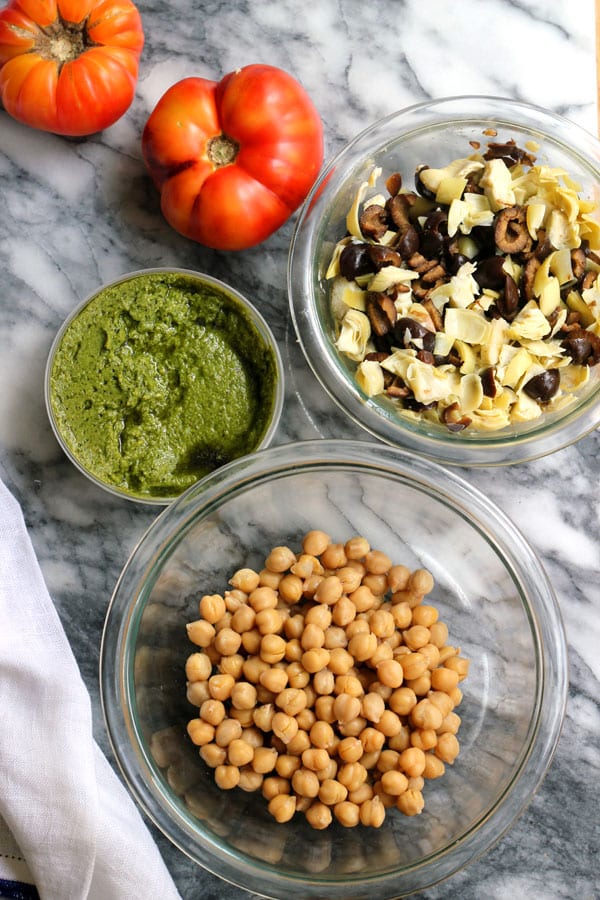 As far as I see it, when you're trying to turn a meat-filled recipe vegetarian, you can either attempt to mimic the original as closely as possible OR you can take the base concept and go crazy with it. I was never really that into chicken salad in the days before I stopped eating meat, so I had no qualms about ditching convention and giving it a unique summer twist.

First, I replaced the shredded chicken with coarsely mashed chickpeas, the two of which have a pretty similar texture. Then, because dousing anything in globs of mayo makes me antsy, I used pesto as a sauce and stirred in roasted red peppers, artichokes, and olives to tie the whole salad together. In the end, this chickpea salad is full of fresh Mediterranean flavor, and is just as delicious served as a stand-alone salad as it is piled between two slices of bread for sandwiches. Made entirely from pantry ingredients, it can be thrown together in no time and requires absolutely zero stove or oven use, making it the perfect lunch or dinner option for summer's hottest days. 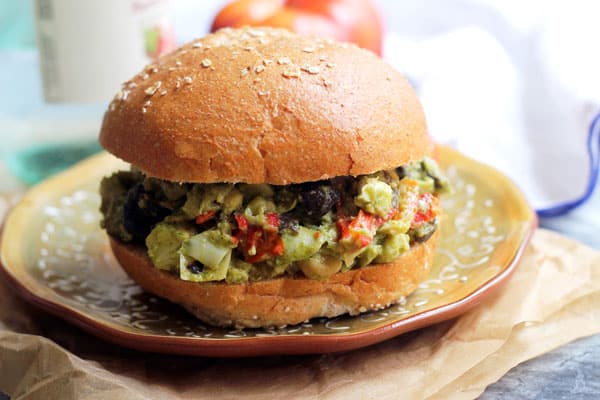 This salad can be eaten on its own or as a sandwich topping. I added fresh heirloom tomato slices to top off my sandwiches, but grilled or roasted veggies would also be a great addition.