This holiday-perfect vegan cheeseball is made with a blend of creamy cashew cheese and sweet tart dried cranberries, all coated in a cranberry pecan crust.

Holidays as a Vegetarian

Growing up as the only vegetarian in a big family of omnivores was pretty rough. Most of my holiday meals involved a plateful of sides, appetizers, or worse, hanging in there until after dinner and making a meal of dessert.

My family has changed quite a bit since those days, and so have I. For one thing, I learned to cook, which means I’ve always got a dish in hand and will never go hungry again at a family gathering.

For another thing, my diet has narrowed even more, so now in addition to being meatless, dairy is almost completely out as well. Fortunately, my family lately seems to be moving in the same direction.

My parents are slowly cutting back on meat, my husband’s diet is pretty much in line with mine, and I’ve got a brother and sister-in-law working towards veganism.

I never would’ve seen this coming, but I couldn’t be more gratified, and not just because it makes it’s easier for me to actually eat something at holiday gatherings, but also because now I’ve finally got other people to cook for.

I’m happy to say that everyone seems impressed with my vegan creations. Anything involving cashews is always a sure bet when I’m aiming to impress, so this year it’s going to be a big old vegan cashew cheeseball. 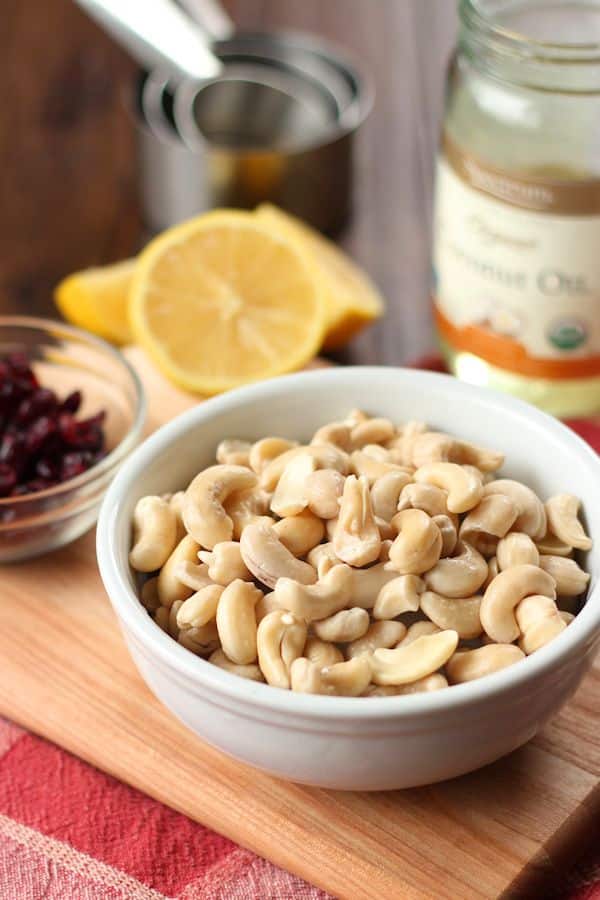 The Art of Vegan Cheeseballs

This particular vegan cheeseball is actually a vegan adaptation of one I ate a bunch of times growing up. The base is made with blended raw cashews, which make a great vegan cheese on their own, but when you add in some dried cranberries you get the perfect sweet-tart and creamy mixture that you’d never guess was vegan.

Adding a bit of oil to the blend gives the cheese a smooth texture. For this recipe I went with coconut oil, which solidifies when chilled, so after a few hours in the fridge your vegan cheese mixture is easily shapeable and perfect for rolling into a ball.

You can’t have a cheeseball without some kind of coating, so the last thing I did was roll it in a mixture of pecans and cranberries. The pecans give it the perfect crunch, while the cranberries add just a touch more sweetness and zing.

Whatever you’ve got planned for ringing in the New Year, and whoever you’ll be spending time with, I’d bring one of these along. Vegan, vegetarian, or whatever, I think this would be a hit with just about anyone. 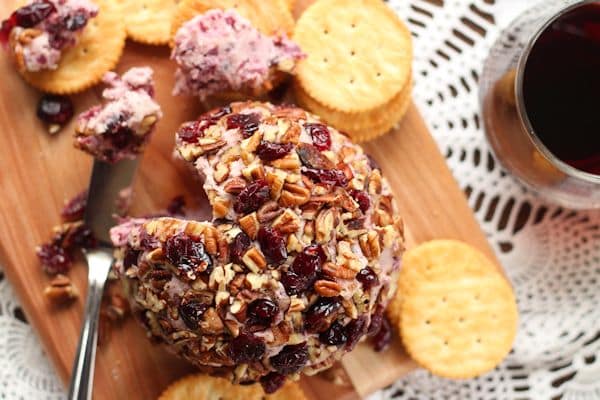