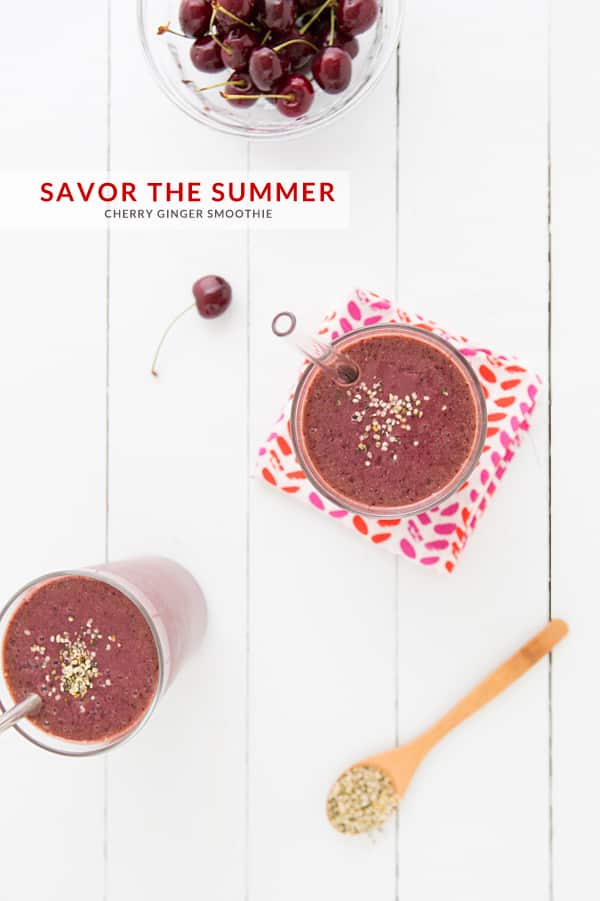 Why are cherries only sold in bags? They should sell them in cartons, like strawberries! While I love cherries, those big bags end up sitting in the fridge for quite a while when you're the only cherry eater in the house. Whenever we have extra fruit on hand, I like to use them up in smoothies, but sweet cherries are a little bit tricky because while they're great for snacking, they just don't shine in a smoothie.

Cherries need a little oomph if you're going to put them in a smoothie. Something to add some complexity to their sweetness. Chocolate works and so do other more assertive fruits, but my favorite thing to add to cherry smoothies is fresh ginger because when it comes to adding oomph, there's nothing oomph-ier than ginger. 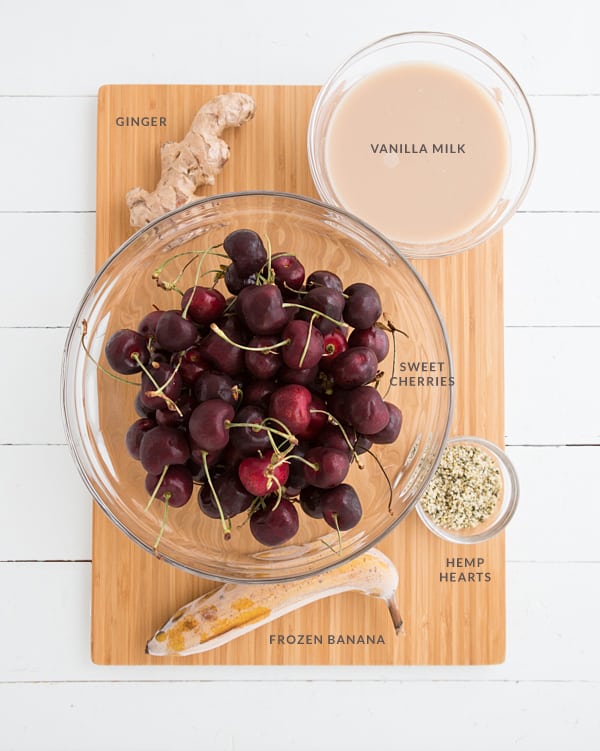 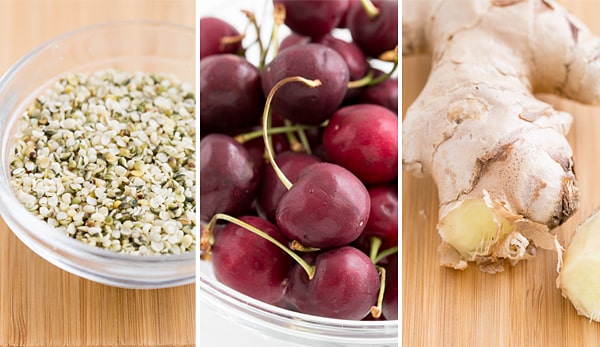 I like to grate the ginger before adding it to my smoothie because ginger has a tendency to be fibrous; if you throw it into your blender whole, you're likely to end up with hair-like "strings" in your smoothie. The ginger gives the smoothie a warm, spicy flavor — if you enjoy strong ginger beer, the kind that warms you from the inside out, you'll love this smoothie. 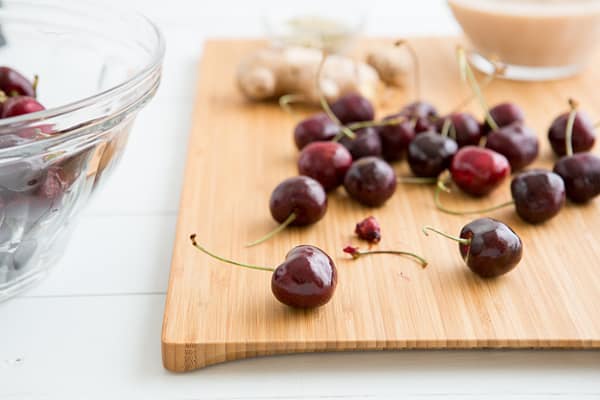 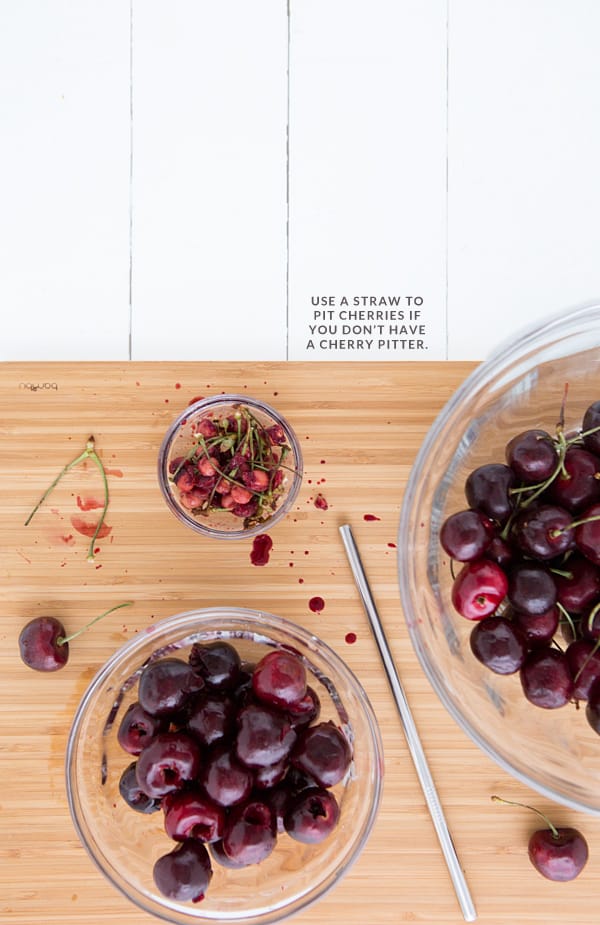 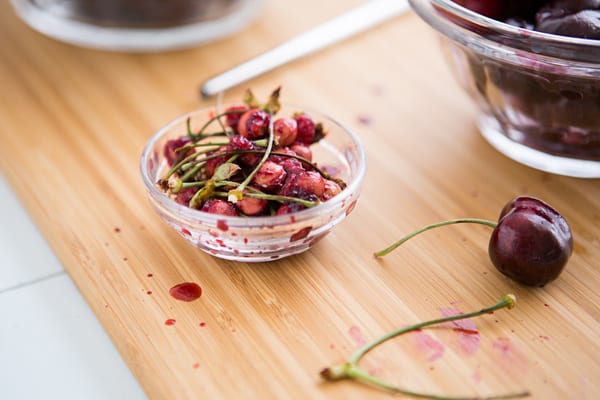 Pitting cherries can be messy, but it's one of those kitchen tasks that gives you some time to contemplate the meaning of life, robots, robots that could pit cherries for you, etc. You're forced to slow down and be in the moment because multitasking is impossible when your fingers are stained red with cherry juice. If you find yourself pitting cherries on a regular basis, it's probably best to invest in a cherry pitter (or cherry pitting robot), but a sturdy straw works in a pinch — just push it through the center of each cherry and push the pit out. 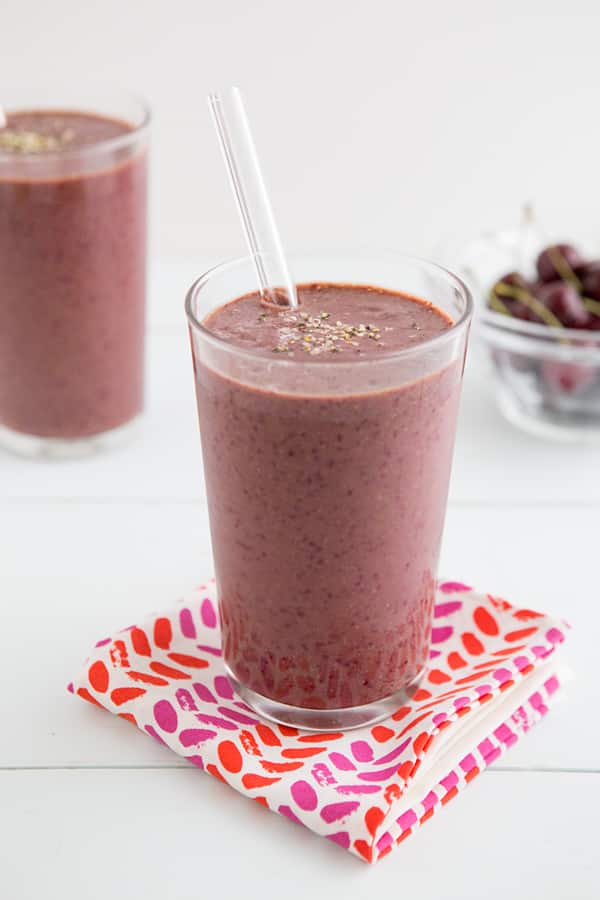 A smoothie with cherries alone won't have much body to it, so to add some creaminess, I use a frozen banana. I've added hemp seeds for a little protein, and a small amount of unsweetened vanilla quinoa milk to make everything blend easily — and because the vanilla adds another layer of flavor that works well with the cherries and ginger. You only need a small amount of liquid because the cherries will release a lot of juice when you blend them! 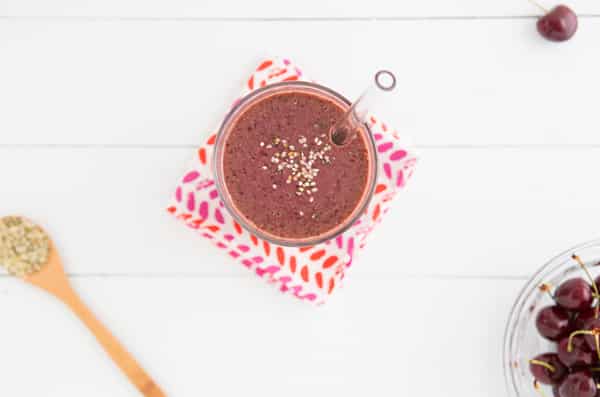 Good for the planet, good for the community -- what isn't there to love about MightyNest? From bamboo cutting boards to sturdy tempered glassware, MightyNest has all your kitchen needs covered -- in fact, everything pictured in this post (well, aside from the food!), can be purchased on the MightyNest website and 15% of the cost of your order will be donated to your local school. Want to learn more about MightyNest and their school program? Hop over to the Marketplace, where we've got more details and a giveaway for a $500 MightyNest gift card.