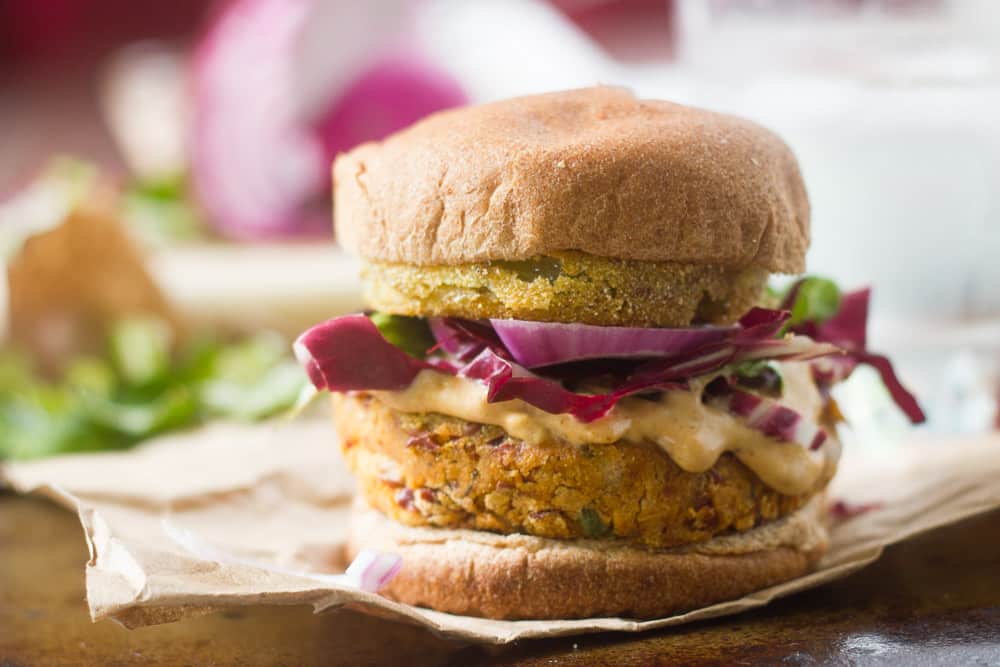 For the past five or so summers I've planted a vegetable garden in my backyard. I'm kind of a terrible gardener though! Every year it's something different that costs me my precious veggie crop, be it bugs or rabbits or just my inability to select plants that actually grow well in my home climate. Last year I thought I did a pretty good job, but after a quick takeoff in June and July, everything abruptly stopped growing in its tracks. Stuff withered, some veggies never showed up, and my tomatoes, which looked so promising, never made it past green.

This year I decided I would be ready for anything. I equipped myself well in advance with the ability to cook up some vegan fried green tomatoes. 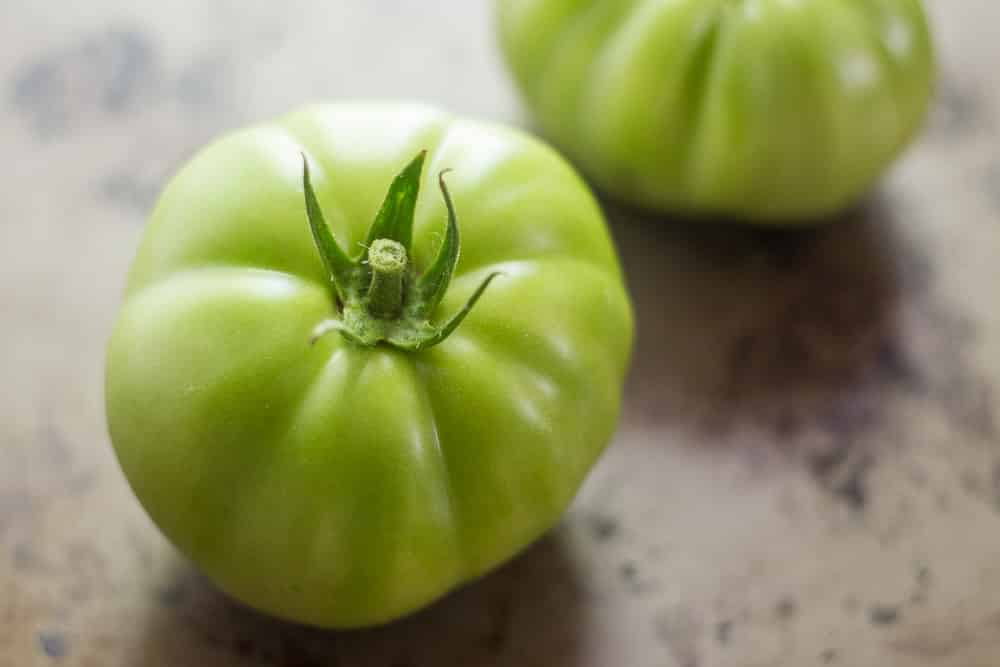 Regular old fried green tomatoes are dipped in eggs or buttermilk, dredged in cornmeal, and deep-fried. Well that's not very suitable for a vegan diet, and the whole deep-frying thing just doesn't do it for me. I opted for a simple batter made from soy milk thickened up with flax seeds and flour, kept the cornmeal coating, and switched up the deep-frying with shallow frying — it worked really well for these tacos! 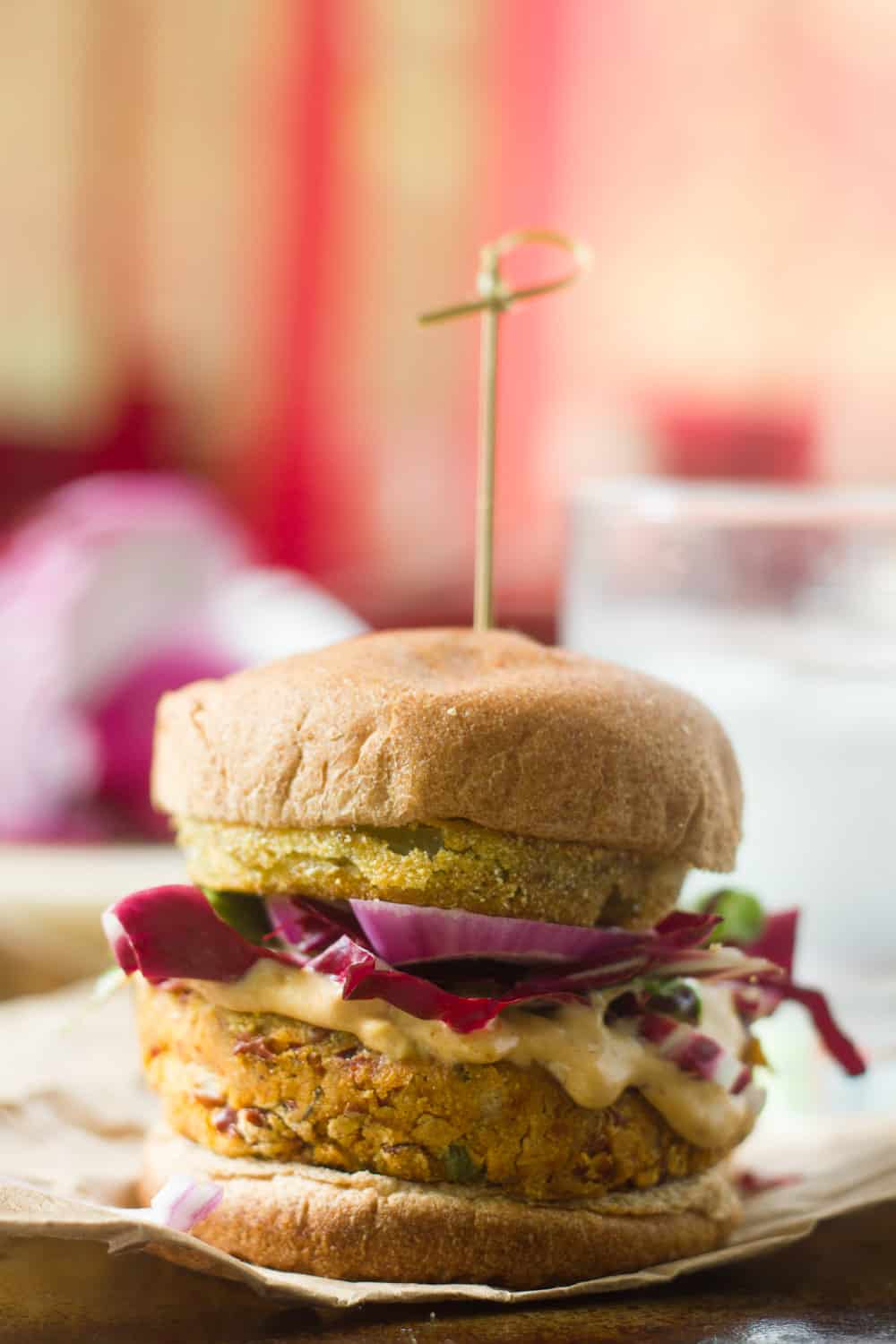 These red bean burgers are seasoned up with Cajun spices and hot sauce, then topped off with a zippy vegan remoulade sauce that I adapted from this vegan po' boy recipe. They're loaded with flavor and might just be my all-time favorite veggie burgers (that's saying a lot). This year's backyard garden appears to be doing well, with my tomatoes ripening nicely. I guess the challenge will be to catch my tomatoes while they're green so I can keep enjoying my new Cajun burger recipe.

For the vegan remoulade:

For the vegan fried green tomatoes:

For the Cajun red bean patties: