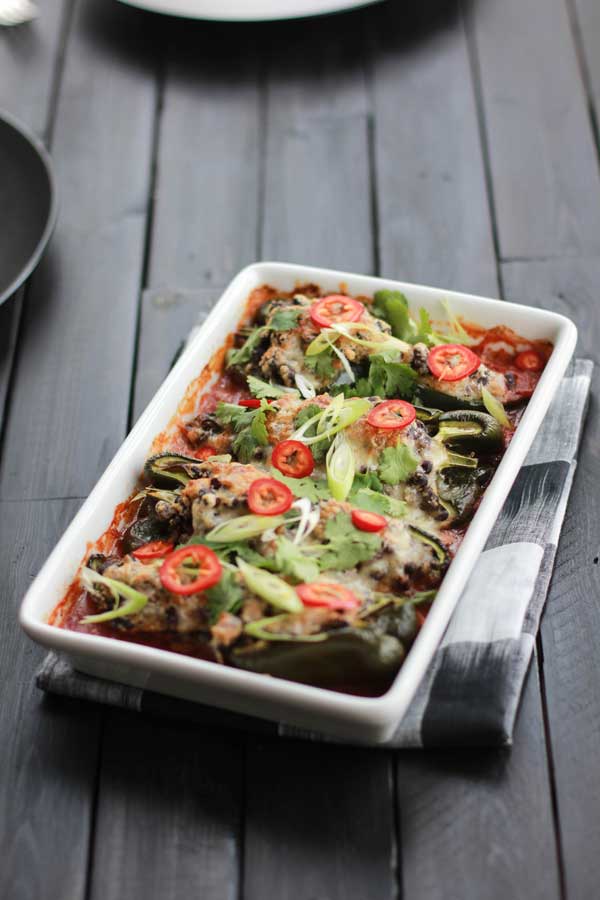 Easy weeknight meals are a must in our home, and if they're meals that we can cook once and eat twice, all the better. These Black Bean & Pepper Jack Stuffed Peppers fall into that category -- they're super easy to make, and the leftovers taste even better a day or two later, after the spices and veggies have really had a chance to mingle.

My family loves big Southwest flavors, so one of my go-to peppers is the poblano -- a mild chili pepper often used in Mexican and Southwestern cooking. Most of the time, poblano peppers are used when they're green, but if they're left on the plant to fully ripen, the result is a hotter, red pepper. Poblanos are perhaps most well known for their role in the classic chile relleno, in which they are roasted, stuffed with cheese, then coated in egg and fried. When you're buying poblanos, look for peppers that are firm, with no bruising, and that feel heavy for their size. The skin should be dark in color and it shouldn't be wrinkled, which is a sign that a pepper is past its prime! 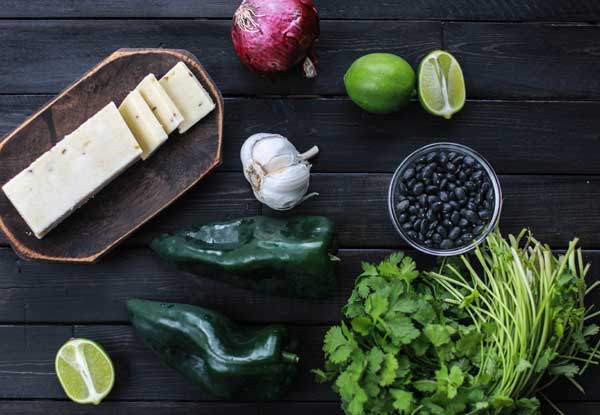 With their thick skin, poblanos lend themselves particularly well to stuffing. For these stuffed peppers, adapted from a recipe in Better Homes & Gardens, the filling is a hearty mix of black beans, red onion, jalapeno jack cheese, spices, and cornmeal all mixed together with a little vegetable broth. The rich tomato-based sauce that bakes along with the peppers is a quick and simple blender sauce that's perfect spooned back over the peppers after they're dished up.

Then -- the best part of all -- just refrigerate the leftovers, and a delicious next-day lunch or dinner awaits! 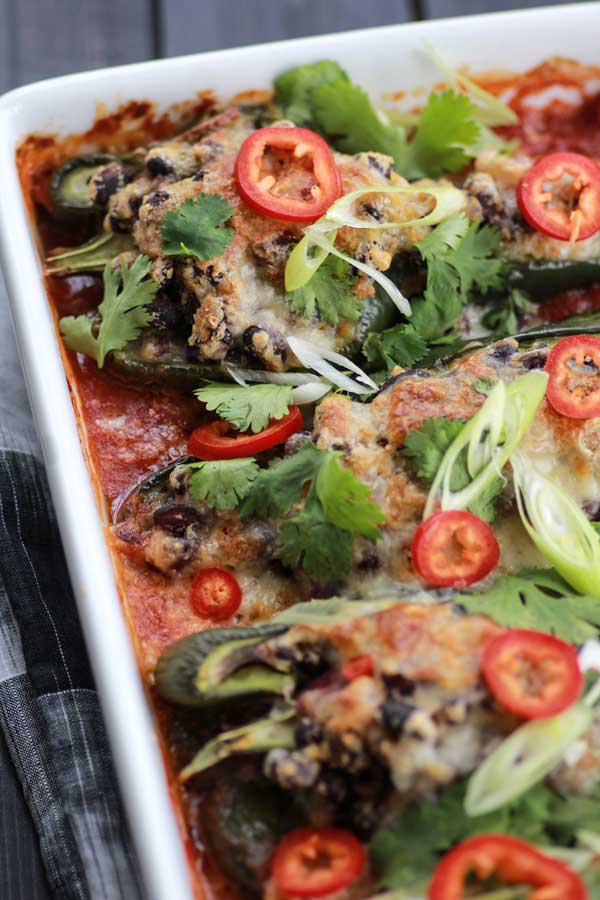 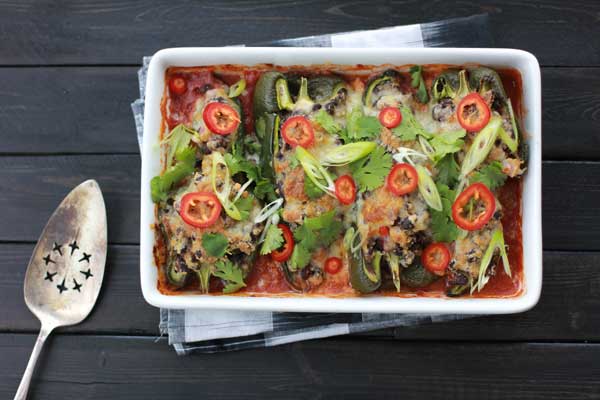