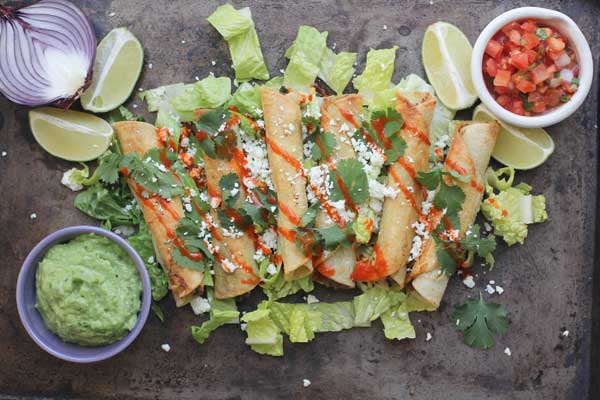 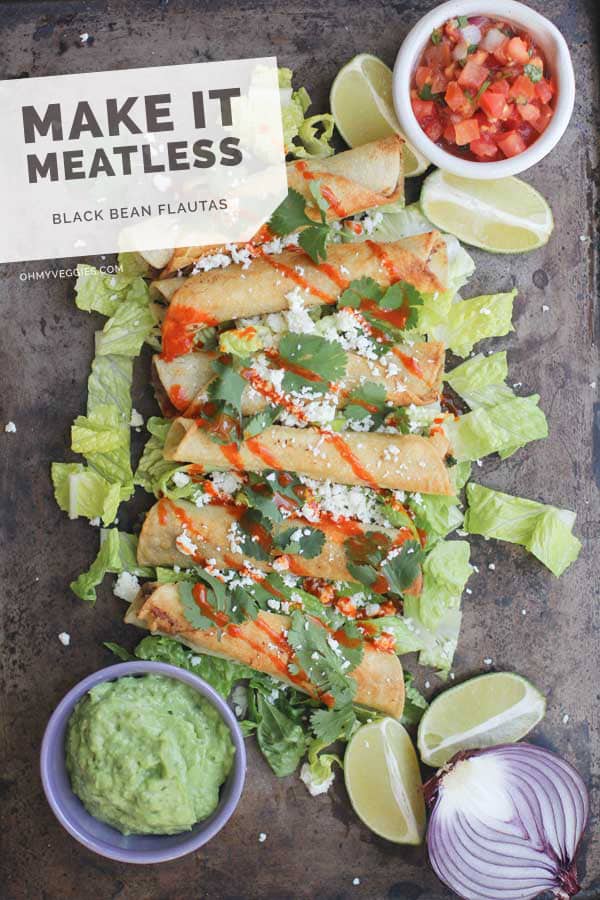 I am inspired by all sorts of recipes–gluten-free, vegan, vegetarian, and meaty. Basically, if the pictures are beautiful and the ingredients are interesting, I can appreciate it, even if it doesn’t fit into my diet. I love to peruse Pinterest every day and let inspiration strike and that is exactly what happened with these flautas. If you read Beard + Bonnet, you’ve probably noticed that we are Mexican food junkies, so it didn’t come as a surprise to me that the Chicken Flautas with Spicy Avocado Sauce from Heather Christo stood out to me as I was browsing Pinterest, practically calling my name!

As I was brainstorming ways to make this dish meatless I knew that I definitely wanted to make this a simple 30 minute meal so that everyone could enjoy flautas, even on a hectic weeknight. For the filling, I replaced the shredded chicken with store-bought spicy vegetarian refried black beans and my top secret, knock-your-socks-off, incredibly easy taco topping that I serve at every taco dinner we have here at home. Well, I guess after this post it won’t be top secret anymore. (It’s okay, you guys are my friends and friends share things like top secret taco toppings.)

The spicy avocado dipping sauce for these black bean flautas sounded pretty amazing as it was originally written, so except for two minor tweaks to use ingredients that I already had on hand, I left it as it was. Why mess with perfection, right? This sauce is pretty much a super smooth, spicy, guacamole and in case you were wondering it is totally okay to dip your chips in it too! Go ahead, get all up in there, don’t be shy! 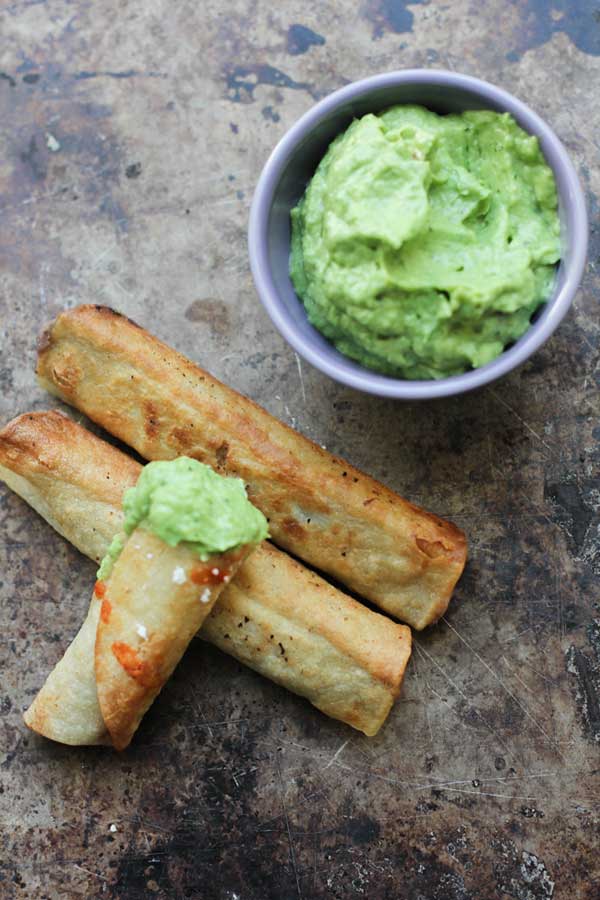 So I made a batch of black bean flautas and styled them all pretty for you, but I also thought I should be perfectly honest and show you exactly how we devoured them! These bad boys never hit a plate, my kids literally lined up in the kitchen and they dunked and ate them as fast as I could cook them up.  There was lots of giggling and play fighting about who got the next flauta from the pan. When their bellies were full, they were nice enough to leave a few for me to enjoy. I had 6 black bean flautas left so I ate 3 immediately and saved 3 to reheat later. I wasn’t sure how well they would reheat, but I thought it would be good information to share with all of you here, so I wrapped them on a plate with plastic wrap, and stuck them in the fridge. When the need for a flauta hit me, I simply popped them in a dry skillet over medium-high heat. It only took a minute or two to reheat and they were just as crispy as the first time around. Yay flautas!

Corn tortillas will often tear if they're not warmed before you roll them. To heat them up, simply wrap them in a damp paper towel and heat them in the microwave for 30-45 seconds at a time until they're pliable. If you'd prefer to bake your flautas, soak the toothpicks in water while you're doing the prep work and preheat your oven to 400ºF. Spray a baking sheet with an oil mister. Prepare the flautas as described in the recipe, then place them on the baking sheet. Spray them with oil and bake for 15-20 minutes, until crisp. 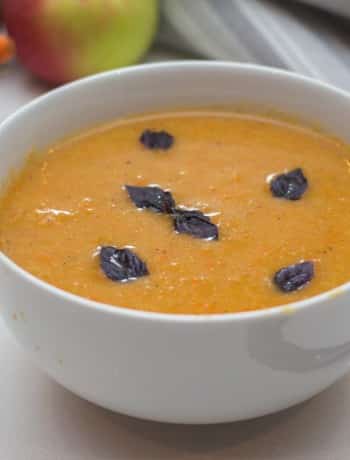 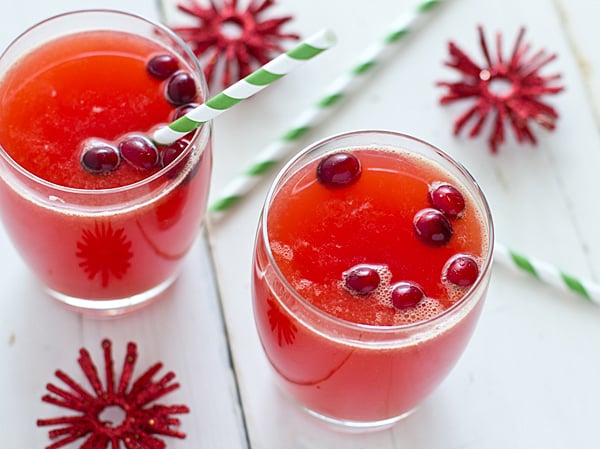 A Change of Holiday Plans + A Cranberry Orange Spritzer Recipe 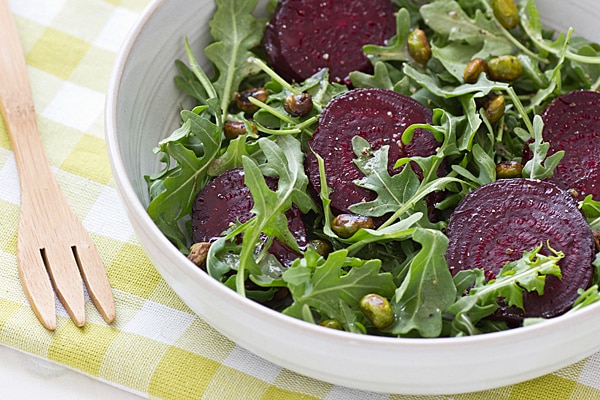