Chicken Tetrazzini is one of those deliciously retro casseroles that has stood the test of time. We might not be making Wieneroni or Ham and Bananas Hollandaise anymore, but everyone's mom still makes Chicken Tetrazzini. It's a classic! A classic that is not horrifying!

In case you haven't had Chicken Tetrazzini before, it's a pasta-based casserole with a creamy sauce and chicken or turkey (in which case it's called—wait for it!—Turkey Tetrazzini). Sometimes there are mushrooms and peas involved too. There's a Parmesan-and-breadcrumbs topping, but not much in the way of seasoning. When making a vegetarian Chicken Tetrazzini, that lack of seasoning is an issue—without the chicken, this casserole is pretty bland. Sometimes making a recipe meatless is just a matter of switching the meat with some other ingredient, but this is not one of those recipes! 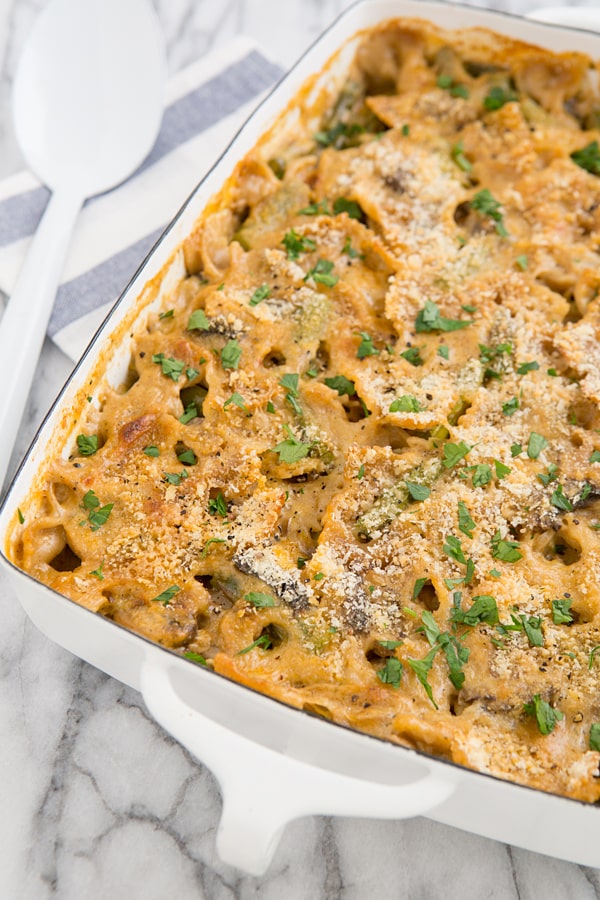 I replaced the chicken in tetrazzini with asparagus and upped the amount of mushrooms. To boost the flavor, I also added leeks and garlic. Then I added my secret weapon—smoked paprika! It's that little je ne sais quoi that you need in a recipe like this. I also used whole wheat farfalle instead of the more traditional spaghetti because I'm not a big spaghetti fan. It's unwieldy! And farfalle looks like a jaunty little bow tie.

This Vegetable Tetrazzini is creamy, delicious vegetarian comfort food—it's everything you love about Chicken Tetrazzini, minus the chicken. Plus vegetables! 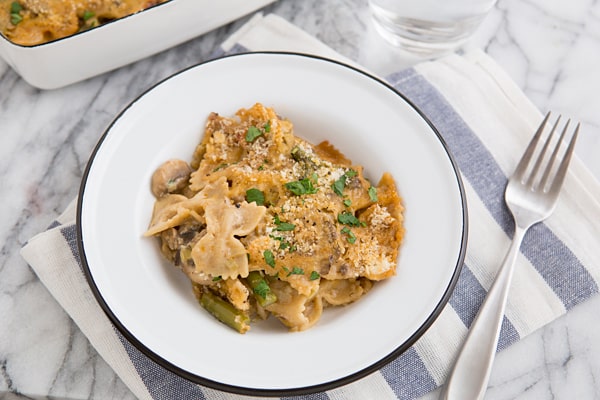