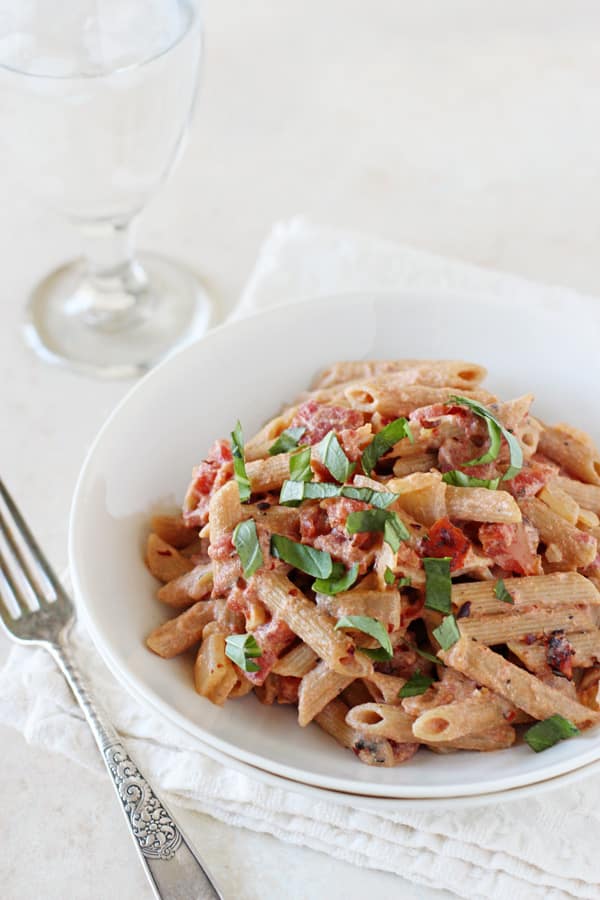 Growing up in quite the Italian-American family, it is a complete understatement to say I’ve eaten my fair share of penne alla vodka over the years. From family dinners to larger celebrations, it always seemed to make an appearance on the menu. However, I will confess that it was never something I really loved. It always felt a bit too heavy for me, which makes sense as it is typically made with a good amount of cream and parmesan cheese.

But today’s version? Not only does it taste pretty darn spot on to a traditional penne a la vodka, but I also don’t get that same weighed down feeling after enjoying it, meaning this has definitely become my go-to recipe! 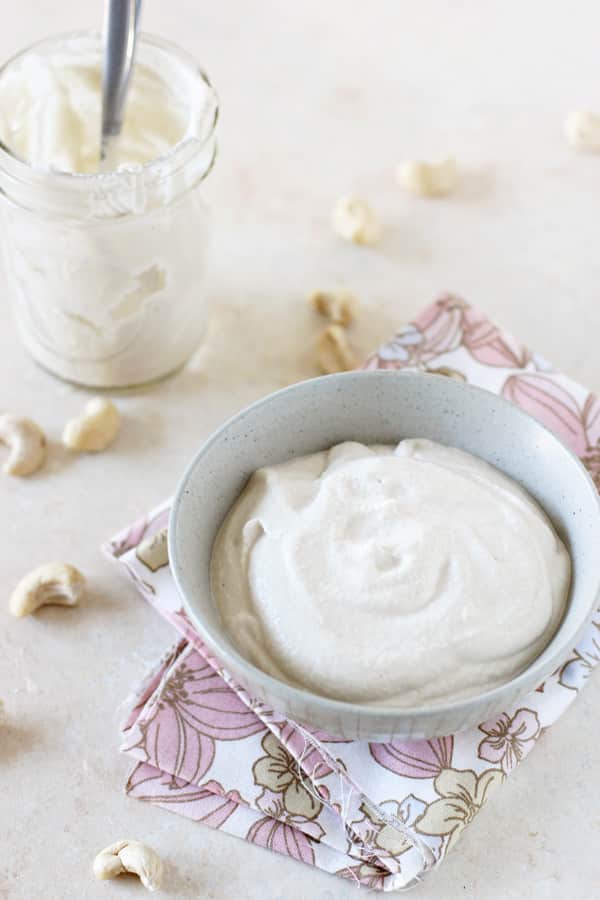 Now, to give the dish that same rich and silky feel as the traditional version, we're using cashew cream in place of the heavy cream. Raw cashews are blended with a bit of veggie broth into a thick mixture that gives the pasta that desired texture. You can make the cashew cream in advance and store in a container in the fridge so it's ready to go for dinner. If you are like me and don’t own a high powered blender, don’t worry. It will still work! After blending for a bit, stop and scrape down the sides. Then process again until completely smooth. It takes a little longer, but does the trick.

Additionally, instead of trying to replace the parmesan cheese from the traditional dish, we are just boosting flavor elsewhere. Fire-roasted diced tomatoes add an extra layer of flavor (over regular diced tomatoes), and broth is used in the cashew cream instead of plain water. I also like to add plenty of red pepper flakes to give it a nice kick!

One final note - if you like your pasta on the super saucy side, you can start by adding less pasta to the skillet (and increase as desired). I personally think it is perfect as written, but experiment with what you like! 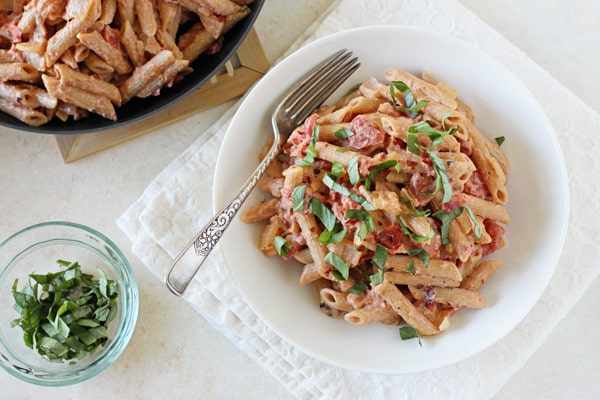 For the cashew cream:

For the cashew cream:

Recipe time does not include time to let the cashews soak. Be sure to plan ahead.