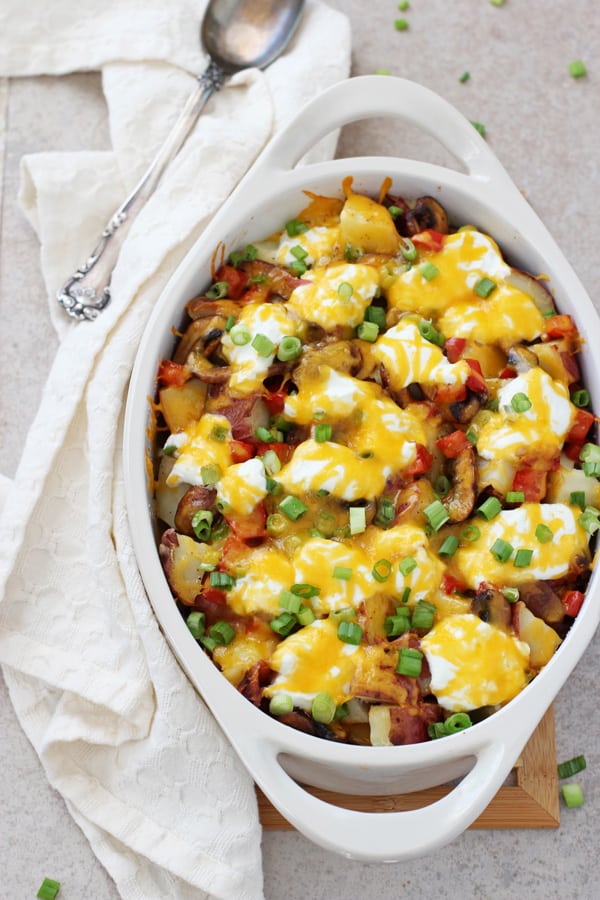 Twice-baked potatoes are such classic comfort food. They appear at our table fairly often as the weather gets colder and colder, and I love that there are so many possibilities and different combinations to try when it comes to the fillings. But until now, it never occurred to me to turn them into a casserole.

With layers of tender red potatoes, sautéed red peppers and mushrooms, creamy Greek yogurt and melted cheddar cheese, this casserole is hard to resist. While the potatoes do take some time to cook initially, the dish is simple to pull together. It feeds a number of people as a side dish and reheats quite well, making it a fantastic make-ahead item for a potluck or gathering. 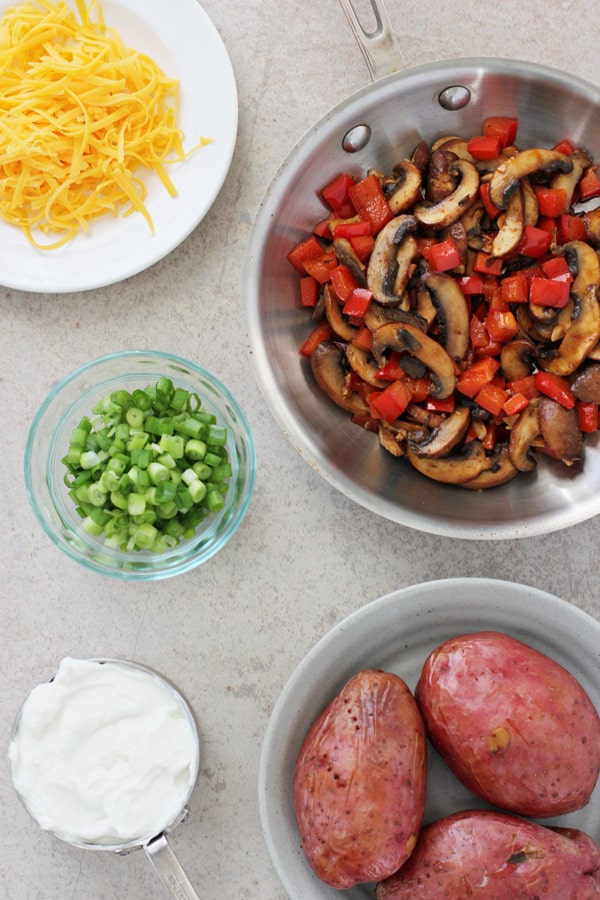 In the original recipe, the potatoes are layered with bacon and a hefty amount of sour cream and cheese. To lighten things up, we’ve swapped out the sour cream for Greek yogurt, along with reducing the amount, and cut back significantly on the cheese as well. But don’t worry! The final dish is still plenty comforting and cheesy! If you do prefer sour cream, you can absolutely still use that here.

In place of the bacon, we’ve added red bell pepper and baby bella mushrooms, which are sautéed with some garlic, cumin and smoked paprika. The paprika gives the veggies a touch of that smokiness that you typically find in bacon. The mushrooms also lend the dish a bit of meaty texture and bulk it up nicely. 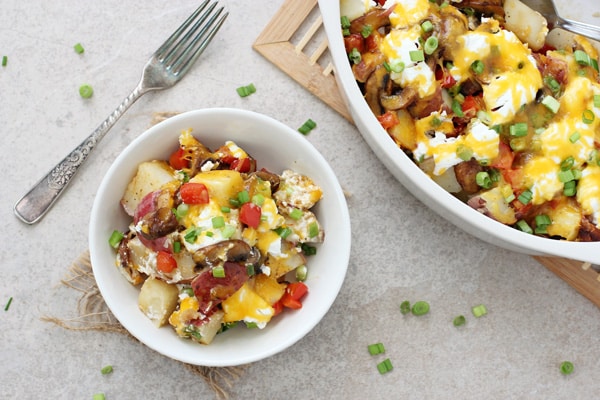 If you use smaller or larger sized red potatoes, the initial bake time may vary. Check for doneness using the knife method described in the instructions above.