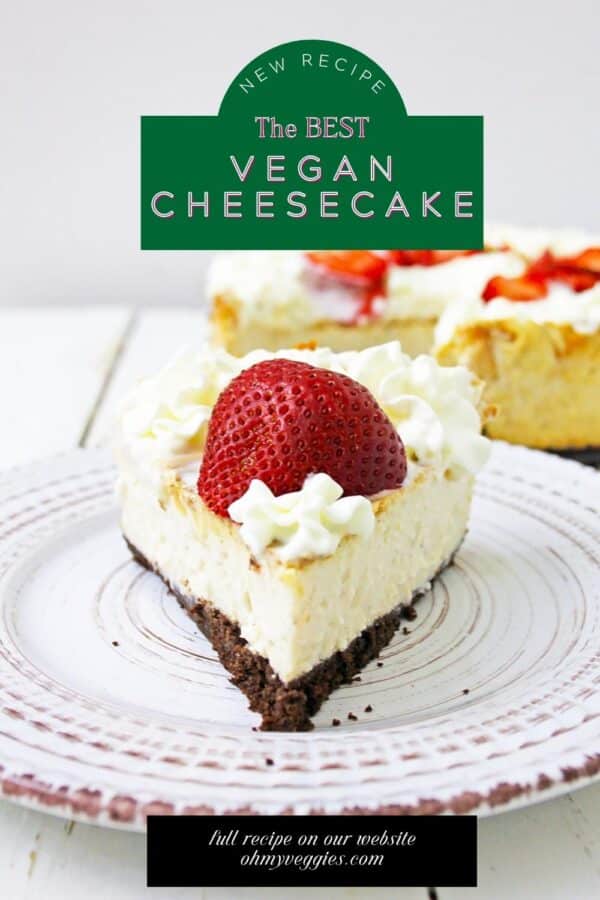 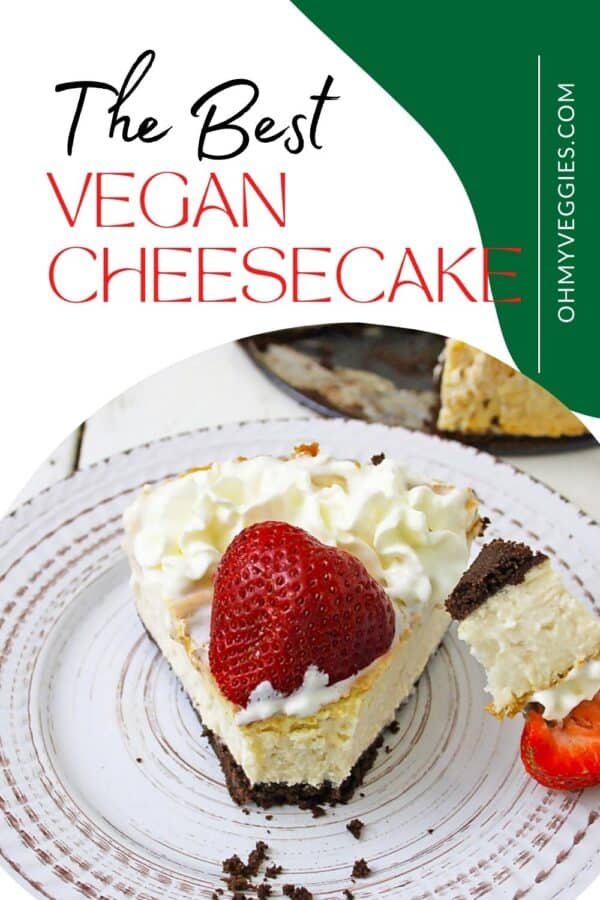 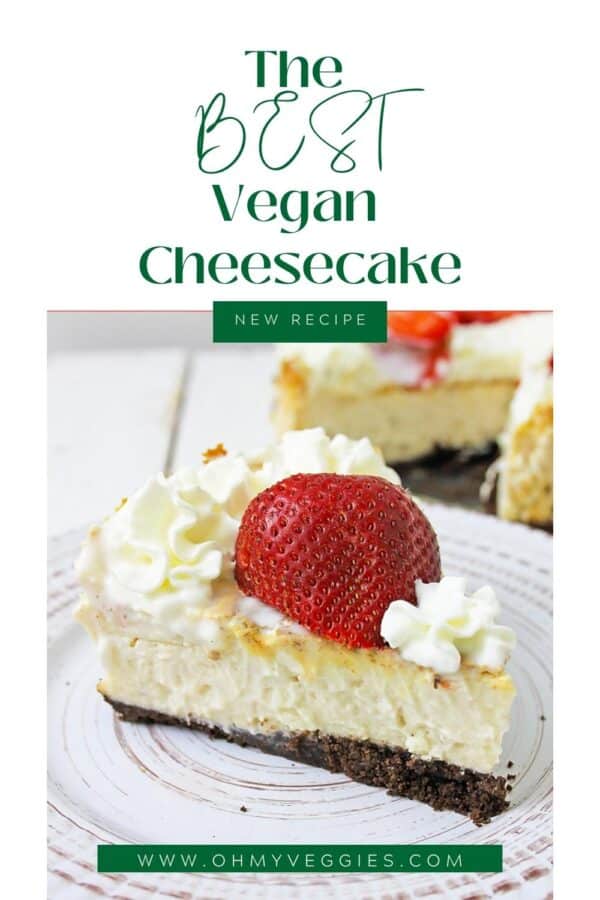 This recipe makes the BEST Vegan Cheesecake. It has been taste-tested and approved for even the cheekiest cheesecake snobs!

This vegan cheesecake tastes so delicious, you wouldn't even know it's vegan! It has that perfect, thick, creamy texture and a golden crust that cheesecakes have, leaving you satisfied, bite after bite. Even being vegan, this dessert's cheesecake-packed flavor is not compromised whatsoever.

Not only does this vegan cheesecake taste fantastic, but it's also a breeze to make. The crust is made of a few simple ingredients, and the center comes together by adding everything to your food processor or high-speed blender.

It's the best vegan cheesecake flavor-wise, and it's also easy to make and quick to clean up. Because this cake is so simple to make, you can easily enjoy it again and again! (We won't tell, don't worry!)

This BEST Vegan Cheesecake recipe is...

How to Make The BEST Vegan Cheesecake

Full instructions for how to make the BEST Vegan Cheesecake are in the printable recipe card at the bottom of the post.

Do not attempt to make this cake in any other kind of pan besides a spring-form pan.

A spring-form pan is designed to get the dessert out as quickly as possible. There is a latch that releases the outside of the pan and lets it lift easily so you can enjoy your treat without the stress of trying to get it out. This means no sticking to the side, and your dessert is left looking beautiful!

Kinnikinnick makes an excellent graham cracker that is both vegan and gluten-free. Try Chobani non-dairy coconut-based vanilla yogurt or So Delicious Dairy-Free Coconut Milk Alternative for a dairy-free yogurt.

Where did cheesecake originate from?

Though many people think cheesecake originated in New York, it actually came from ancient Greece. In the late medieval times, cheesecake transformed from a pastry with cheese to a pastry with a shell.

Then, near the mid-1900s, the cheesecake was Americanized and phased out the cheese for cream cheese, bringing it to the heavenly dessert we know today.

What do I do if my cheesecake cracks?

If you follow the instructions in this recipe, you should be pretty safe from cheesecake cracks. But in the unfortunate event that your cheesecake does crack, don't worry—it's purely aesthetic. The cake will still taste great, and the cracks can be hidden with delicious toppings. 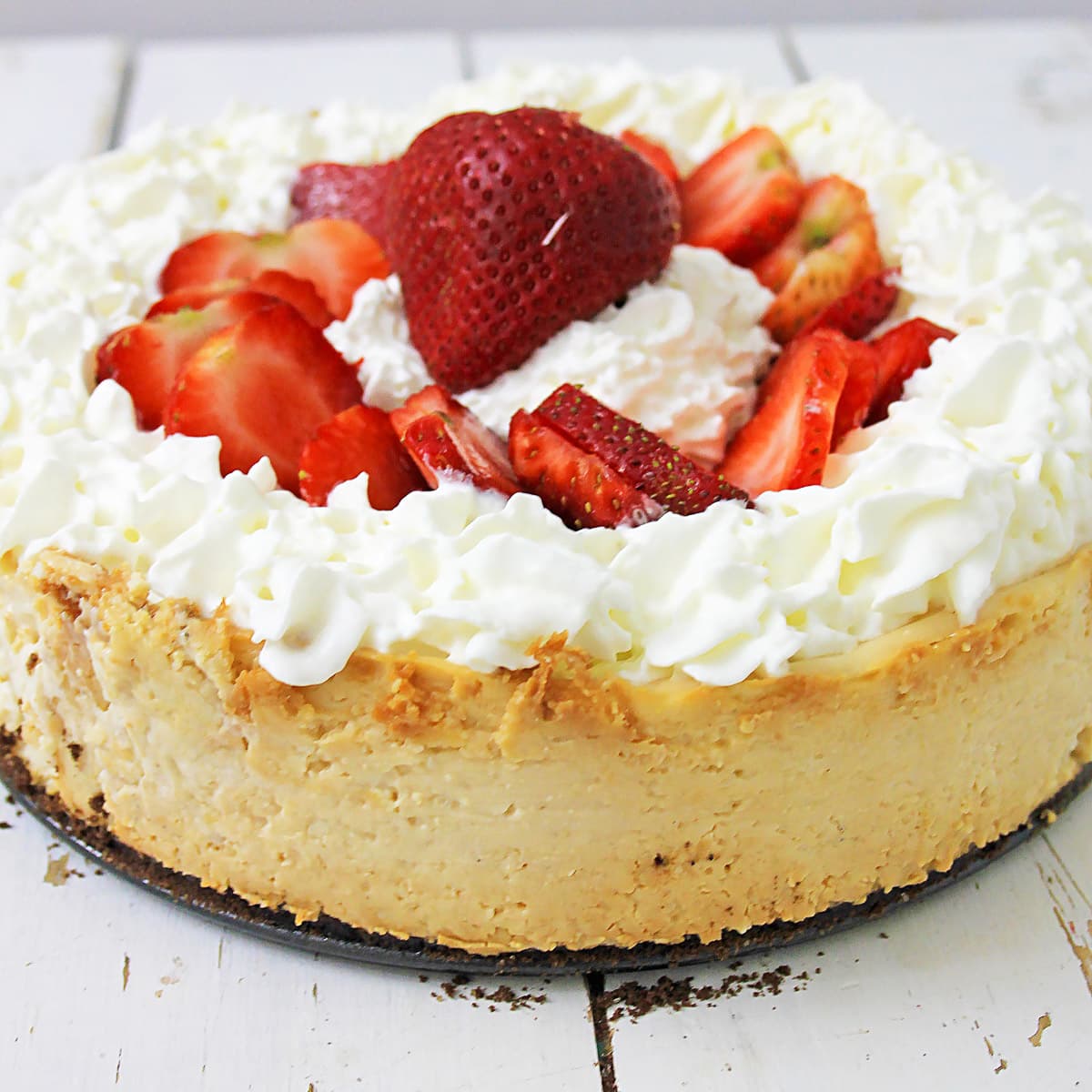