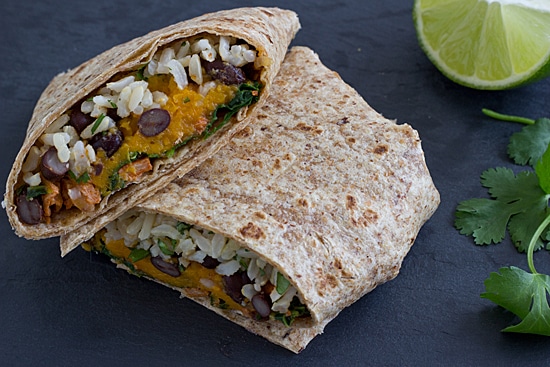 Originally these were going to be burritos. Having never wrapped burritos before, they turned out a little flat. I was hoping no one would notice, but as soon as I gave my husband his, he was all, "This doesn't look like a burrito at all! Burritos are round!" So I decided rather than making the recipe again, I'd just call them Sweet Potato and Kale Wraps. I'm lazy like that.

These wraps were inspired by a recipe for Portuguese Burritos by MomFoodie. She had mentioned that she felt they were lacking something, so I decided to add a crapload of stuff to the burritos to add flavor. I didn't want to add cheese, but I needed something to help bind the burrito together, hence the mashed sweet potatoes. I added black beans too and to replicate that smoky flavor the beans have at Mexican restaurants, I added a little smoked Spanish paprika to them. Caramelized onions clearly make everything better, so those went in too. I guess I kind of used a "throw enough things at the wall and eventually something will stick" approach to these wraps.

Luckily everything did stick, and although they might sound a little bit weird, they were really good and super, super filling. 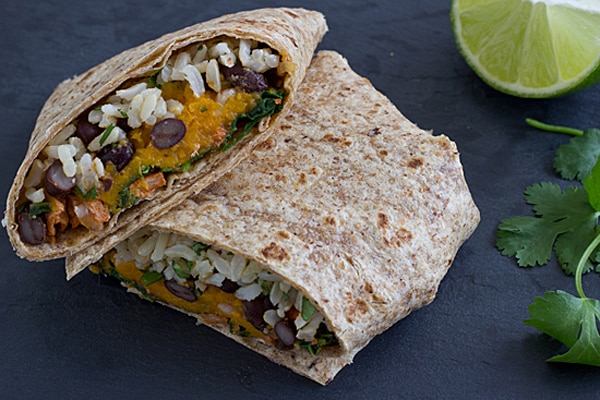