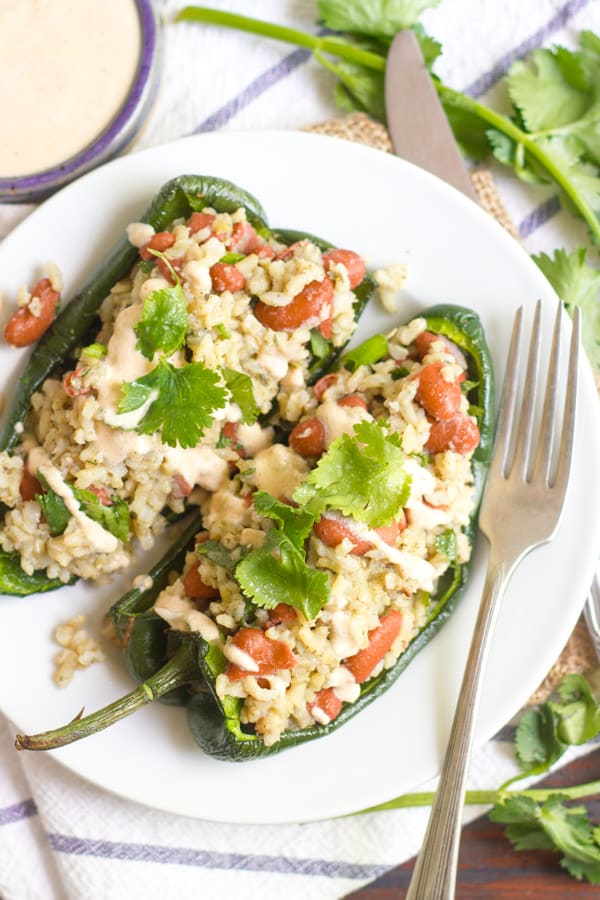 I’m a little bit smug when it comes to Mexican and Tex-Mex cuisine. I grew up eating the stuff, before it was hip, so I kind of feel like I’m a little bit cooler than everybody else. I know, I’m a terrible person.

Of course, I am kind of catching up with everyone else in one big way: today’s Mexican food, at least much of that which graces the internet these days, is way healthier than what I grew accustomed to in my younger years. Back then, if it wasn’t fried to a crisp and drenched in cheese, it wasn’t happening on my plate.

The change is welcome. Cheese and deep frying have been replaced with fresh veggies, healthy grains and hearty beans, and this recipe is the perfect example of the type of dish that I go for these days. A big fat juicy pepper is roasted until tender, stuffed with seasoned rice and beans and topped off with some cumin and lime infused cashew cream. It’s totally vegan, gluten-free and made from real food ingredients. I don’t even miss the deep frying. 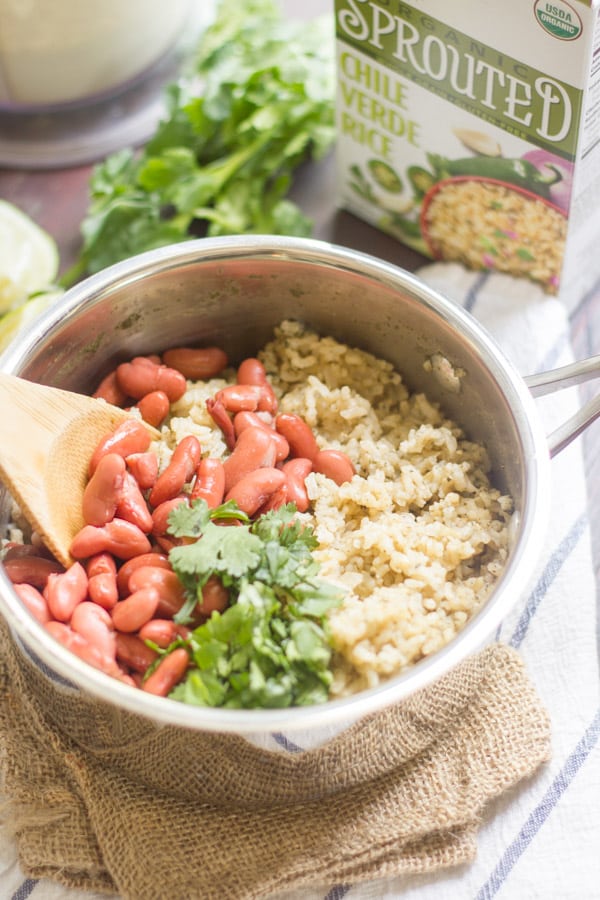 One fortunate bonus to this type of meal is that it also comes together super easy. The rice simmers away on the stove while the pepper roasts and you blend up the cashew cream. Everything is done around the same time, at which point you can stuff your pepper, drizzle with crema, and you’re ready to eat. To make things even easier, I used a box of Lundberg Family Farms Sprouted Chile Verde Rice, which is already seasoned up and just requires some simmering. I actually had gathered a bunch of spices in preparation for this recipe, thinking I’d need them, but the rice was plenty flavorful on its own. I checked out the ingredients list, and they pretty much used the seasonings I would've chosen if I made the rice from scratch. I love to see that. I also love that the rice even has a nice little kick to it, which makes this a pretty spicy meal when you stuff it into a big chili pepper. 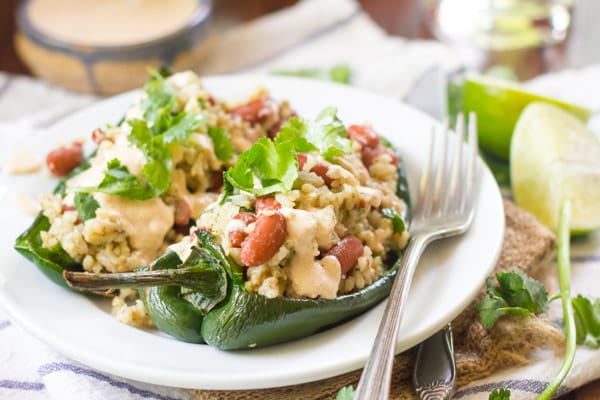 For the stuffed poblano peppers:

For the cumin-lime cashew crema:

This recipe contains cashews. If you have a nut allergy, feel free to omit the cumin-lime crema or make a substitution. Salsa, tahini and hot sauce would all work nicely.

Lundberg Family Farms has been family owned and operated since 1937 and we're big fans of their sustainably produced products. Their new organic Sprouted Rice side dishes make dinnertime so much easier and with flavors like Chile Verde, Korean Barbecue, and Thai Red Curry, they're sure to be a hit with the whole family too.