Let's start a revolution. Cinnamon spice and everything nice may be what good fall food is made of, but before we get tastebud fatigue from eating the same flavors paired together over and over (and over) again, I vote that we kick things up a bit—think out of the "cinnamon/nutmeg/ginger on all the things" box. Eat our roasted sweet potatoes without a brown sugar-marshmallow topping for a change.

This is where five-spice powder comes in. Basically a mix of star anise, cloves, cinnamon, Szeuchuan peppercorn and fennel seeds, this Chinese spice blend tastes simultaneously familiar and exotic. The cinnamon and cloves create a comforting sensation, while the peppercorns bring the heat, and the star anise and fennel seeds add a hint of licorice into the mix. This blend is most commonly used in stir-fries, but I've also seen it used to flavor whipped cream, spice cakes, candied pecans, pie filling and roasted veggies. 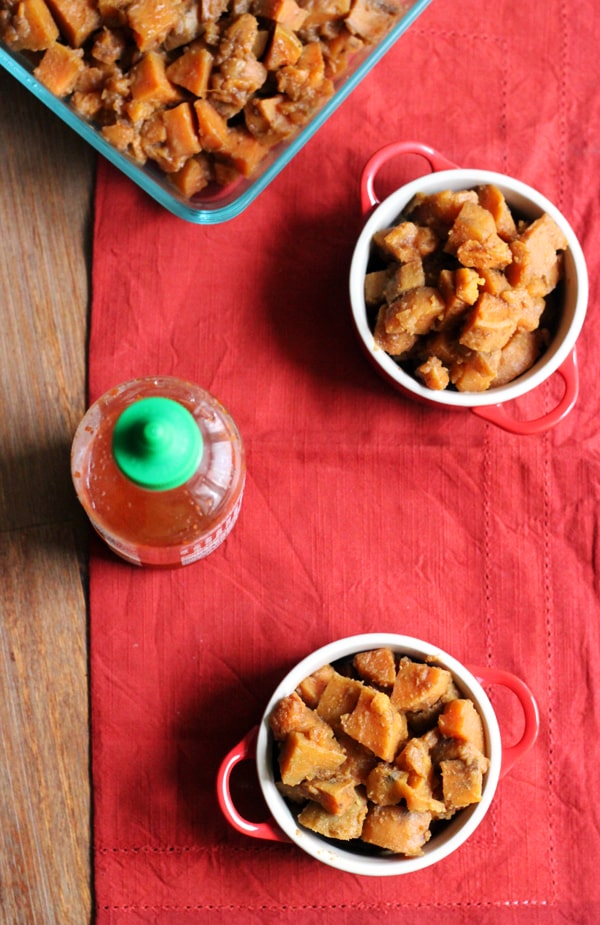 Sweet potato casserole is a fall classic, but I thought it could be made even better with a five-spice infusion! Here, I've ditched the traditional marshmallow topping and traded it in for a brown sugar five-spice Sriracha glaze. You still get the feeling that you're eating dessert for dinner, but in a much less cloying kind of way. The five-spice Sriracha mix wakes up your taste buds while the sweet glaze keeps you coming back for forkful after forkful. The Sriracha is not overpowering—it just leaves some heat lingering on your tongue after each bite. Use the glaze on just about any roasted root veggie or winter squash, as it plays really well with the sweet caramelized flavors that come from roasting. 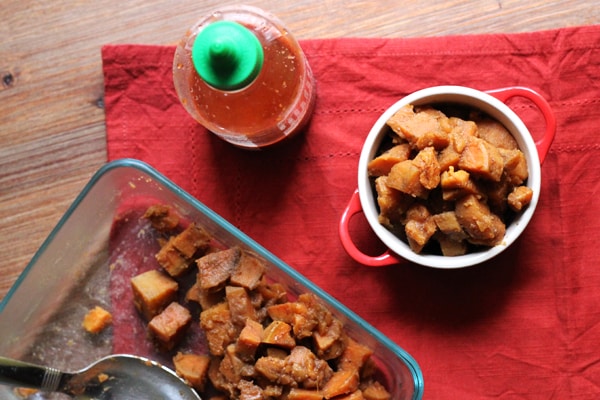