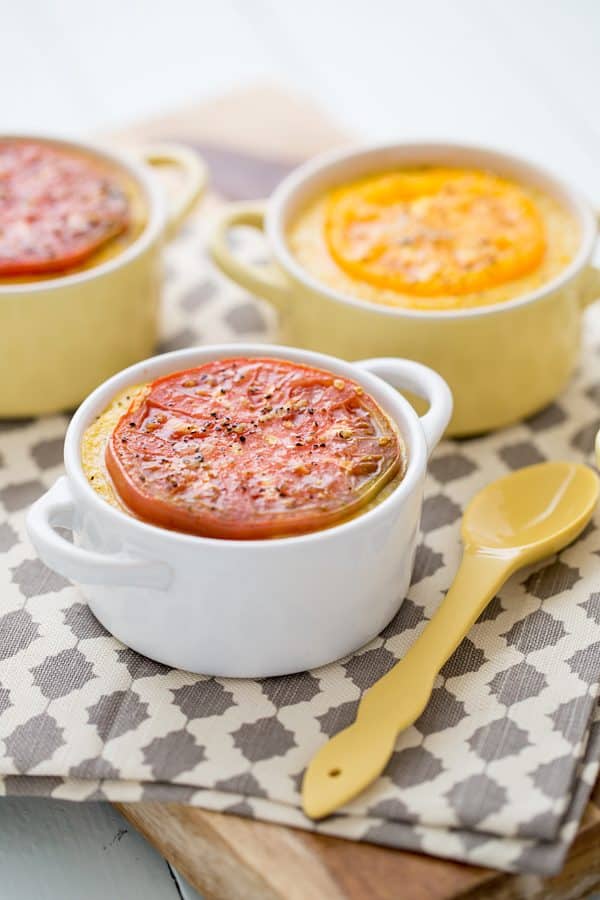 This recipe for creamy, cheesy smoked cheddar grits topped with slices of heirloom tomatoes, then broiled to perfection, is so delicious!

The Grit on Grits

Grits are not something that I grew up eating! In fact, I first tried them last month - when I ordered a veggie burger and the options for sides were fries, a baked potato, or cheddar grits. And on impulse, I replied "Grits!" when the server asked which I wanted.

And then as soon as he walked away, I thought, "Oh crap, why did I just order grits? Who eats grits with a burger?!"

But I ended up loving them, which shouldn't have been a surprise since I love polenta too, which is kind of similar. Hooray for corn-based porridge!

I used a local brand of yellow grits in this recipe, although traditionally grits are usually white. You can use quick cooking grits too if you prefer—just follow the directions on the package, since they'll have a much shorter cooking time.

After the grits were finished cooking, I whisked in some smoked cheddar cheese, divided them into large ramekins, and topped each one with a slice of heirloom tomato that I had bought at the farmers market that morning.

I'm not a fan of raw tomatoes, so I put the ramekins under the broiler until the tomatoes were soft and just beginning to blister.

And they were totally delicious! So now I'm on a mission to try out more of these Southern dishes that I've been missing out on. I've already tackled vegetarian biscuits and gravy, and these Cajun Burgers with Fried Green Tomatoes. What should I make next? 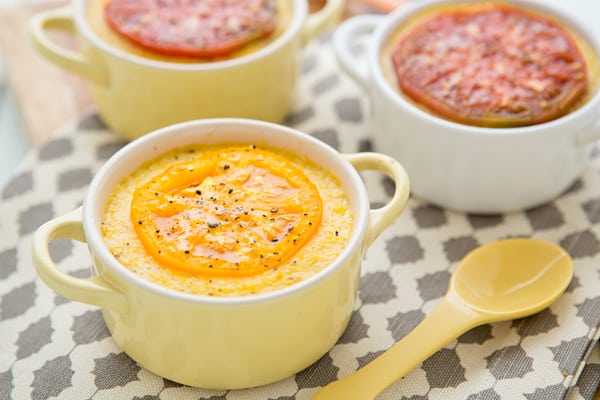