I admit it, I'm a cabbage roll newbie. So I welcomed the challenge of coming up with a vegetarian stuffed cabbage roll recipe, especially one made in a slow cooker. I would learn the ropes of cabbage-roll-making while--hopefully--also cranking out a decent recipe for them!

It took a few tries to get it right, but I'm pretty happy with these Slow Cooker Mushroom-Lentil Stuffed Cabbage Rolls. Based off of this recipe from Real Simple, my version swaps out the meat for lentils and mushrooms. I also opted for brown rice over white, and regular green cabbage (you know, the big round heads we've all seen) instead of Savoy cabbage. Green cabbage was, for me, easier to find--and sturdy enough to hold up well.

Like, I said, I'm new at this cabbage roll business. As it turns out, though, the actual rolling is pretty easy. Just put your filling in the middle of the leaf, and fold the stem-end up by about one-third. 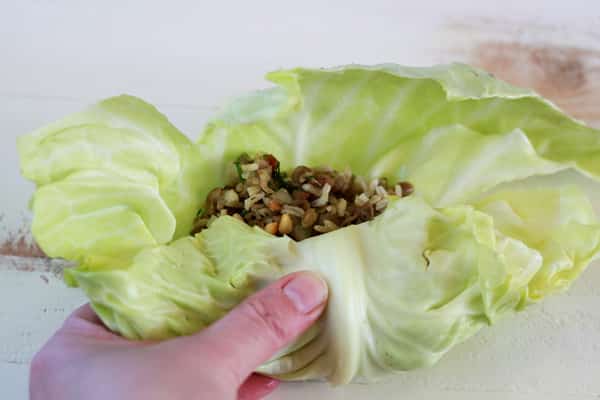 Fold in the sides, and then... 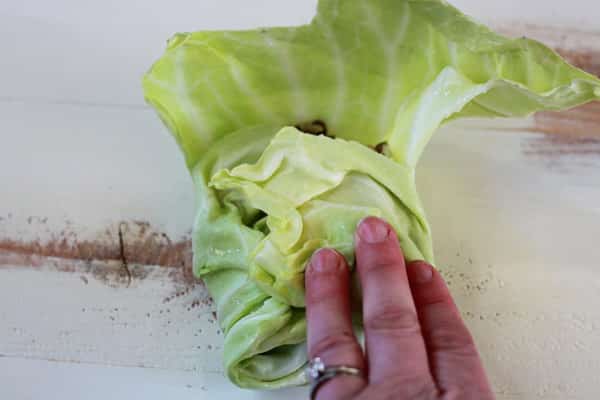 Finish rolling. Voila! The occasional roll may suffer a tear or two, but don't worry -- they'll stay intact in the slow cooker. 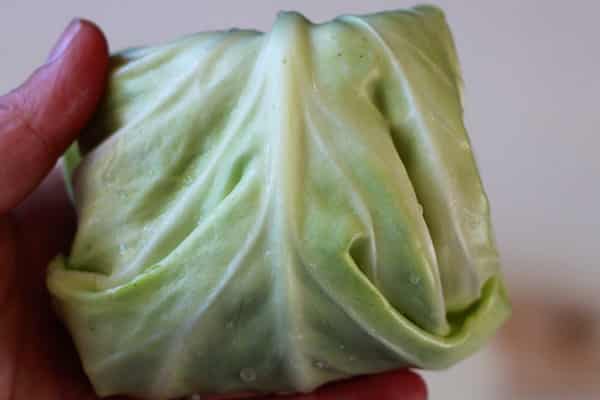 This recipe is really easy to make, and especially convenient if you go with the store-bought jar of marinara sauce. Yes, you do need to cook the lentils and rice first (trust me, I really wanted to put them in raw, but the recipe just didn't work that way). But otherwise, it's a cinch to put together--and definitely a tasty, comforting meal to come home to.

Me, I'm officially a cabbage roll convert. And--dare I say--newbie no more! 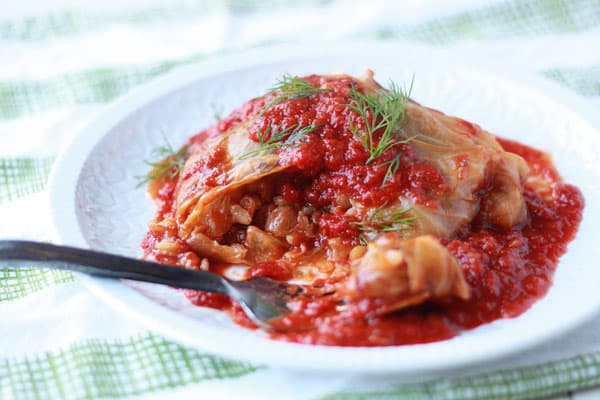 * To toast the pine nuts, place a medium saute pan over medium heat and add the pine nuts. Cook, stirring frequently, until toasted and just beginning to get fragrant, 4-5 minutes. Watch closely and stir constantly toward the end of the toasting process, as they can burn easily!