One of my biggest kitchen frustrations is being forced to throw away food because it’s spoiled before I’ve had the chance to consume it. This happens to me more frequently than I would care to admit to. I try to be organized with my grocery shopping and cooking schedule. But I live by myself. And there are some days when I need to make two, three or even four dishes for my job. So I often end up with way more food than a single person can reasonably consume. And that’s when food spoilage becomes a real problem.

Apparently I’m not alone. Americans waste 23 billion pounds of fresh produce each year because it has spoiled before we can eat it. That’s a lot of dollar bills going straight into our trash cans!

So when Rubbermaid asked me to review their FreshWorks Produce Savers, I jumped at the chance to try them out!

Rubbermaid FreshWorks Produce Savers have two key features that help to keep food looking and tasting better for longer: 1) a venting system that regulates the flow of oxygen and carbon dioxide into and out of the container, and 2) a tray which elevates food off the bottom of the container, keeping food away from moisture and allowing for proper airflow. 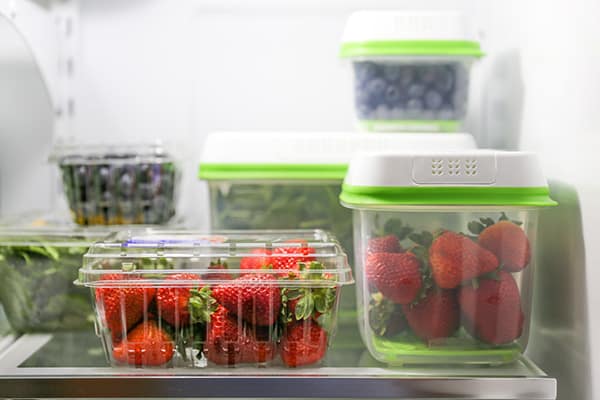 To put my FreshWorks Produce Savers to the test, I set up a little experiment. I purchased two containers each of baby spinach leaves, strawberries and blueberries from my local grocery store. Then I transferred one container of each to the FreshWorks Produce Savers, while leaving the second set in their original containers. I tucked them all away in my refrigerator and monitored the appearance and taste of my produce over a 20 day period.

First, let me just say that I love how the containers look. They are stackable, dishwasher and microwave safe, and they come in three different sizes to accommodate all different types of fruits and vegetables. I like how they help to keep my refrigerator more organized! 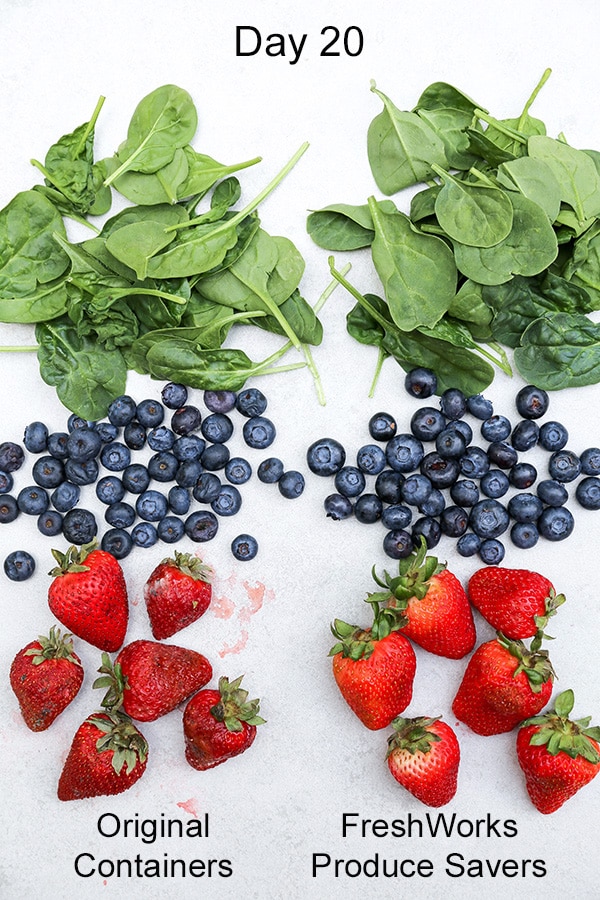 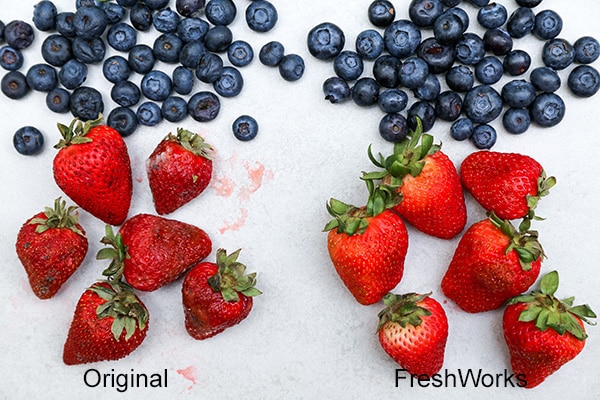 Disclaimer: I received Rubbermaid FreshWorks Produce Savers for review. All opinions are my own.