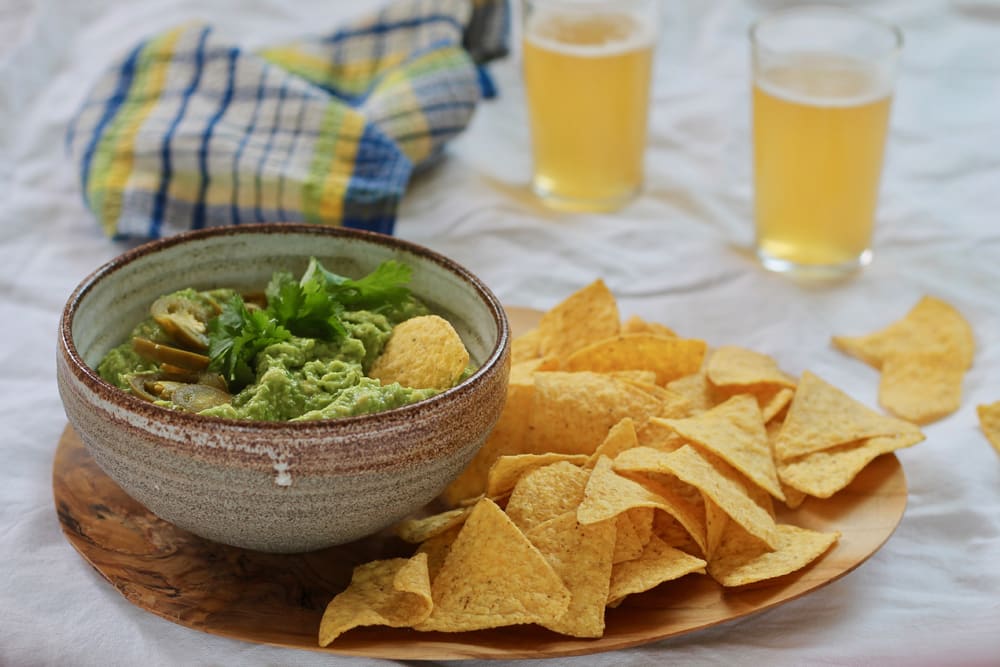 Remember when that article ran in the New York Times with a recipe for guacamole that included green peas, and then the whole internet basically exploded to the point that even President Obama weighed in on the issue? I remember observing the whole hubbabaloo that pea gate caused, and thinking, dang, folks get really up into a twitch over the authenticity of their guac these days. And then I more or less filed the whole pea-in-guac thing away in the recesses of my brain.

And there it stayed until a few weeks ago, when I set out to come up with a lightened-up and healthier version of classic guacamole. A quick internet search revealed approximately one million recipes for lightened-up guac, and the vast majority of them involved yogurt, which to me seemed, well, wrong.

But suddenly the pea thing seemed totally logical, especially when compared to yogurt. First of all, it keeps things plant-based and dairy-free, like a good guac should be. Secondly, the peas make the guacamole a brilliant green color and provide a sturdy texture that I find quite pleasing. And not only do the peas replace some of the calorie-dense avocado, but they also significantly bump up the protein content of the guac. 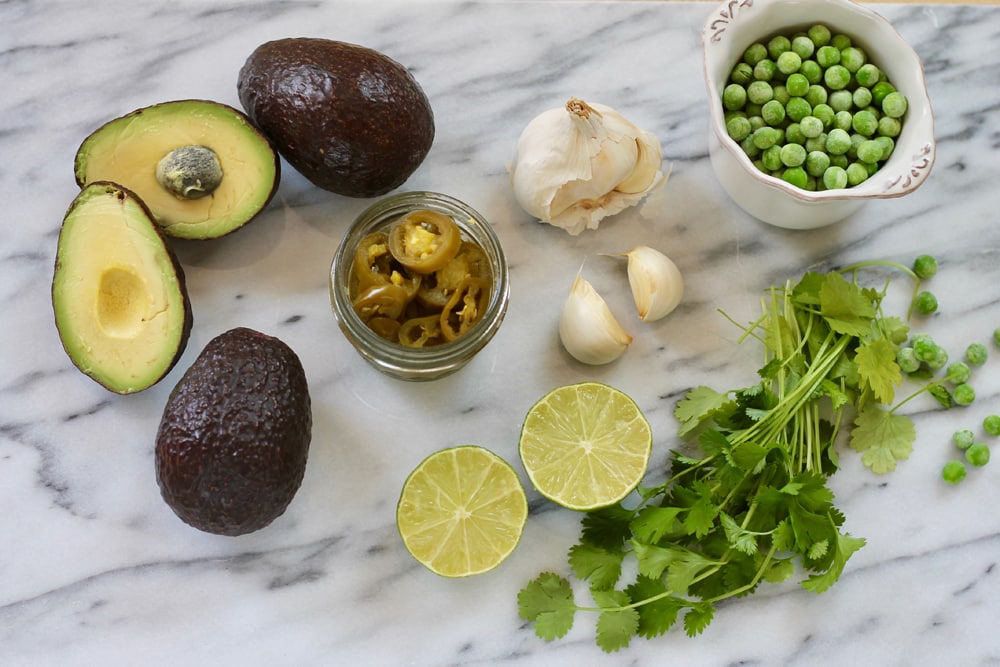 I played around with the recipe a bit, replacing roasted jalapeños with pickled, because it saved me about 30 minutes of prep time and the brininess of the pickled jalapeños adds a perfect tang to the guacamole. I also went with garlic instead of onion, because that's how I roll, and because garlic is a potent superfood and I've been fighting spring allergies like crazy this year.

In order to make this a one-dish endeavor, I pulled the whole the whole thing together in the food processor. First, blending the peas, jalapeños, cilantro, and garlic into a puree, and then pulsing the avocados through until the texture was the perfect not-quite-chunky but not-quite-smooth consistency. 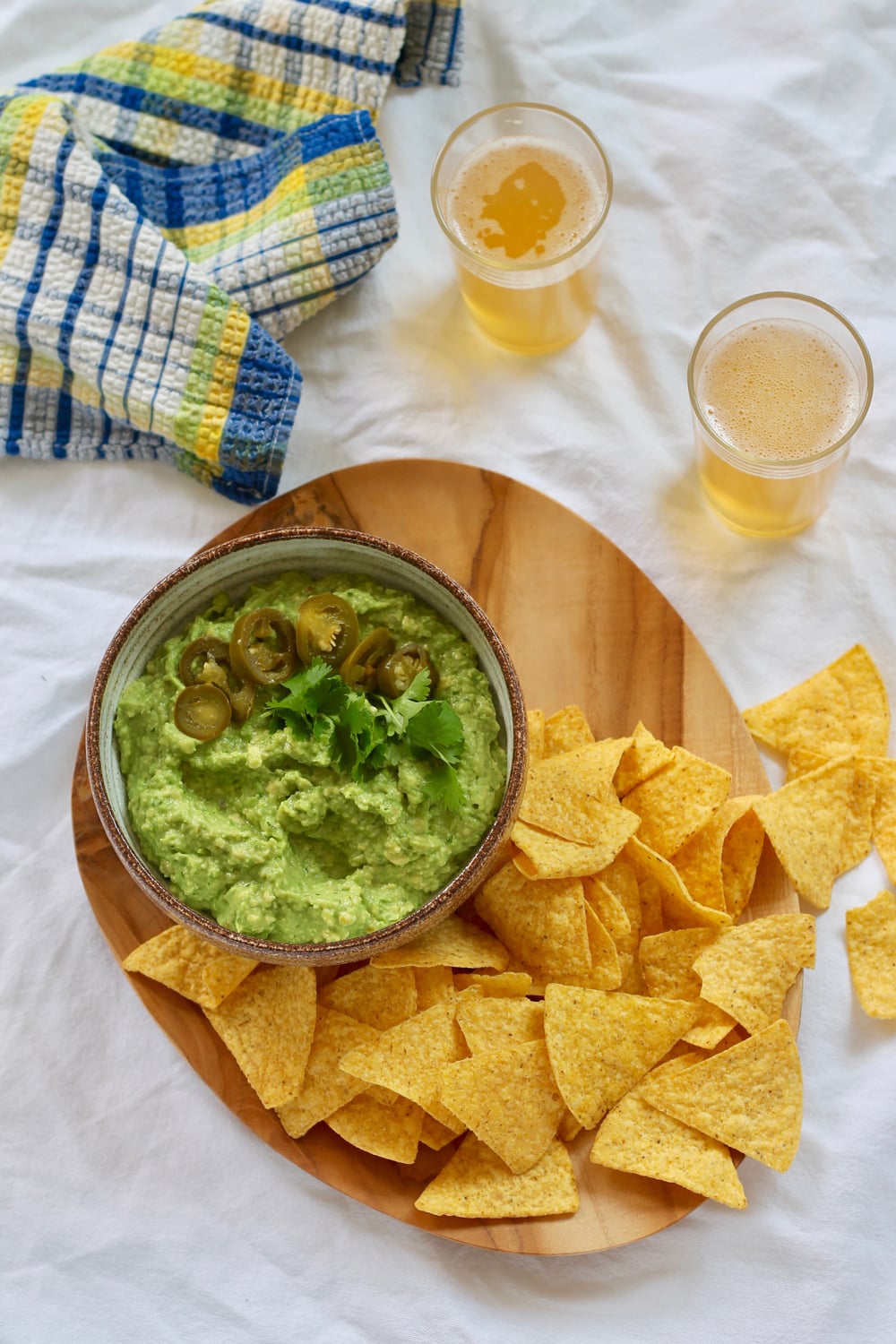 I set a bowl of this lightened-up guacamole in front of my very discerning husband (so discerning that we once hosted a guac-off for his birthday and let him be the judge) without telling him about the switches I'd made, and he noted that it was a bit different from the usual recipe but totally delicious. The fact that he was scraping the remains straight from the bowl into his mouth speaks volumes, I think. Served with some baked tortilla chips or some raw veggies, it's a perfect snack or party food to share.