I visited Jamaica once, ten or so years ago. I can't say for sure, but based on that experience, I don’t think there’s any authentic item of Jamaican cuisine that would be called a vegetarian Jamaican jerk burger. I actually didn’t have jerk anything when I visited. I ate at some restaurants with ample jerk-seasoned items and entire vegetarian sections to the menu, but never saw the two meet. If fact, I think most of what I ate was pizza and mac and cheese.

Now I get why I couldn’t find any authentic vegetarian jerk seasoned food. Jerk is normally a meat rub, so you wouldn’t expect to find it in something like a veggie burger. That’s not where it’s supposed to go. I never let that stop me in my kitchen. 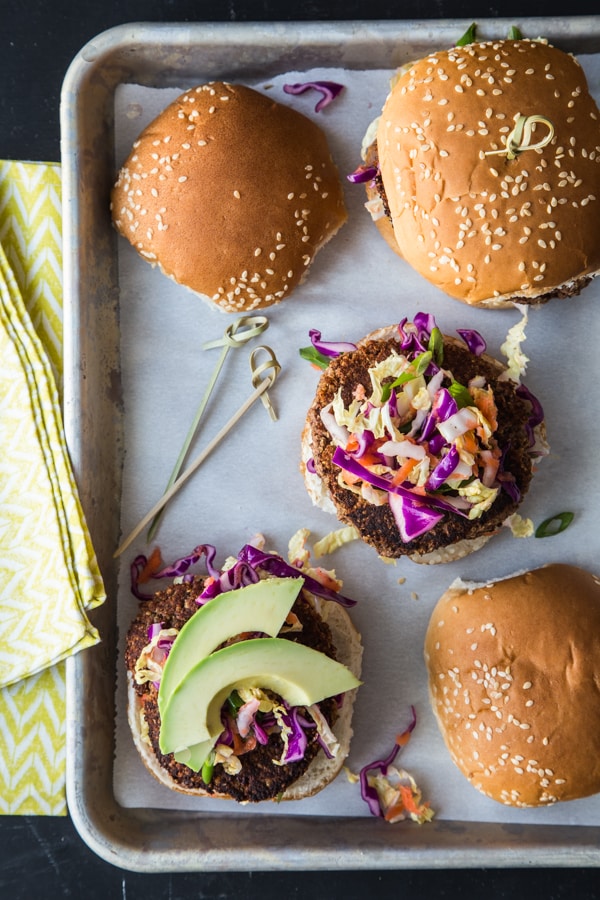 Jerk seasoning is a sweet, spicy and tangy blend that pretty much tastes like nothing else. Even though I put jerk seasoning in a class by itself, it’s probably safe to say that if you’re a fan of most spicy, super flavorful world cuisine, you’ll be a fan of jerk. To my palate, Jamaican jerk has the tastiest elements of everything from Latin American cooking to Indian curries to Cajun cuisine. Scan the ingredients list below and you’ll see what I’m talking about. Cinnamon, ginger, allspice (this one’s key!), super spicy hot peppers…of course you want to put this stuff in veggie burgers! In fact, you probably want to put it in everything.

Since red beans are found in lots of Caribbean dishes, that's what I decided to use as the base for my jerk veggie burgers, along with some quinoa, which I always enjoy for the texture and moisture it lends to burger patties. I went with a tangy ginger lime slaw and avocado slices as toppings here. The slaw adds a nice crunch, a little sweet and sour to compliment the spicy jerk blend in the burgers, and some added bite from ginger. Avocados are my new favorite mayo as of late, and by that I mean they perform mayo’s function of adding some creaminess between your fillings and bread, but also add substance, rich flavor, and are totally vegan. 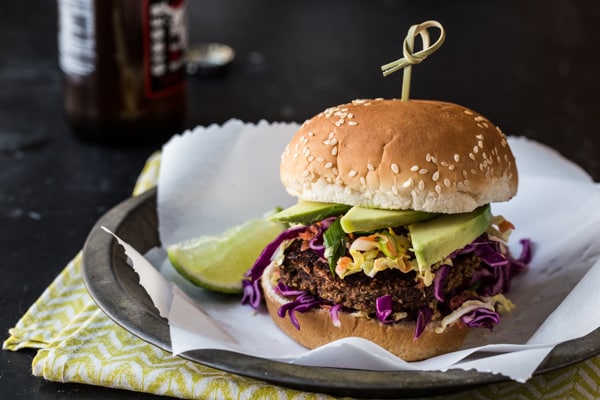 For the Jamaican Jerk Veggie Burgers:

For the Ginger Lime Slaw:

To make the burgers:

To make the Ginger Lime Slaw:

To assemble the burgers:

Always wear gloves when handling hot peppers. For a spicier version, include the seeds, as this is where most of the heat resides. The burger mixture will be very moist. For this reason, I like to form the patties and transfer them directly to the oiled and preheated skillet, rather than to a plate first, which they might stick to. The mixture firms up as it cooks. Test before flipping--if the burger doesn't feel ready, give it another minute or two.