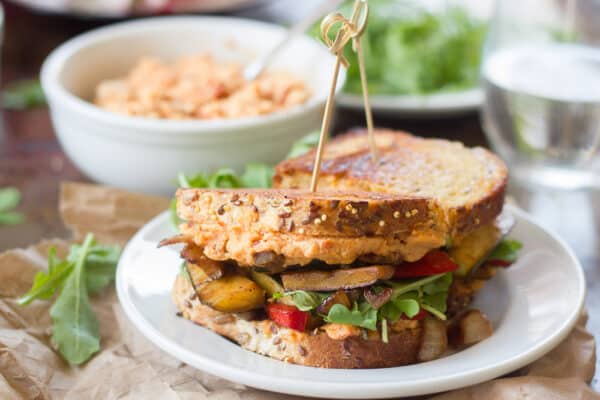 For a few years this was my go-to quick and easy vegetarian dinner: cook up some veggies in a skillet, douse them in balsamic vinegar, then stuff everything into a sandwich. It's a meal that you kind of can't go wrong with because it's easy, takes all of five minutes to make, and it always turns out delicious.

Eventually I started branching out and experimenting with different variations on the sandwich, because even delicious dishes can get tedious if you eat them multiple times a week, which I totally did. One night I might add in some herbed mayo, another night I might throw some cheese on top and stick my sandwich under the broiler, or grill it up to make a Hummus Panini.

Alas, all of my favorite variations involved some type of dairy, and I don't eat much dairy these days. So I set out to create a vegan spin on my trustee balsamic veggie sandwich, and this is what I came up with. My secret weapon: hummus! 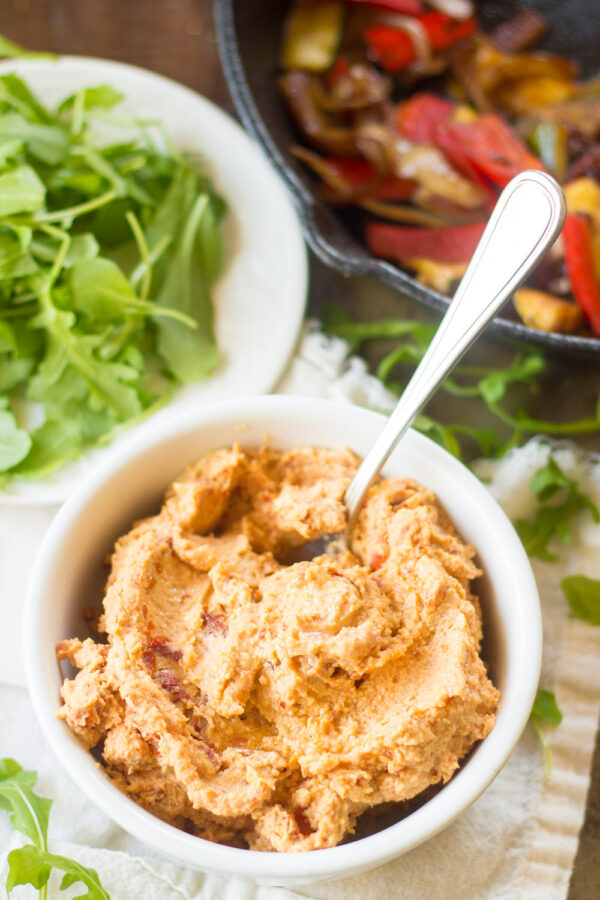 The great thing about hummus in recipes like this is that it works to take the place of dairy, without necessarily trying to replicate dairy. Hummus is delicious in it's own right, but it does a lot of the same things as cheese and mayo by adding creaminess and flavor. In the case of a vegan panini, hummus also holds everything together like cheese otherwise would.

To give this sandwich some extra flavor, I used a sun-dried tomato hummus. The sun-dried tomatoes add an awesome smoky flavor with a hint of sweetness that goes great with the tangy balsamic flavor of the veggies. 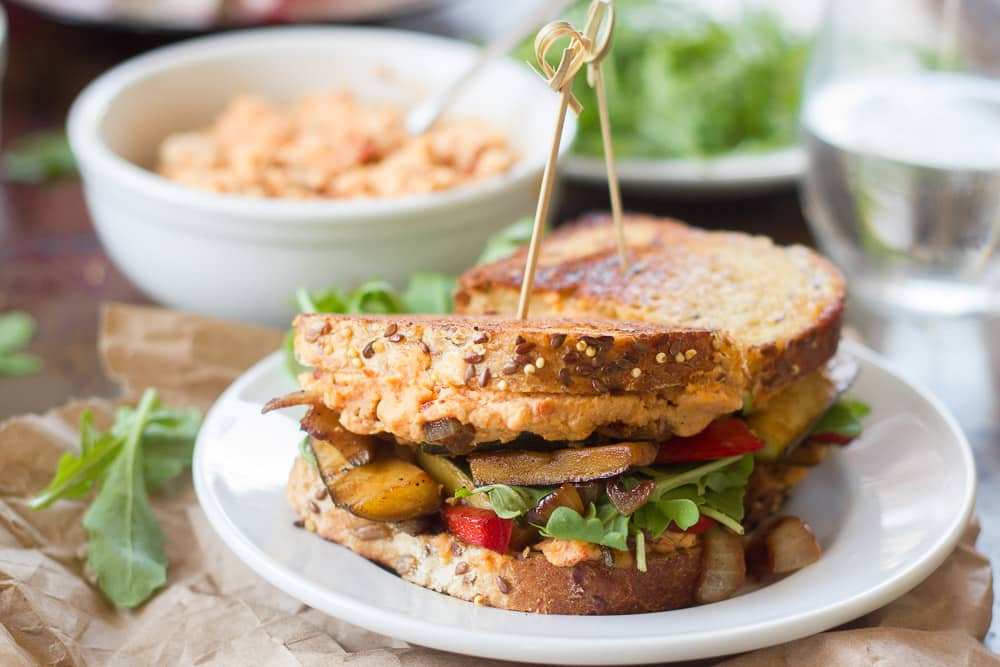 For the sun-dried tomato hummus:

For the balsamic veggies:

This recipe makes a nice sized batch of hummus, so use as much as you'd like for the sandwiches. Snack on the leftovers with pita bread and veggies, or store it in a sealed container and it freeze for later.