Whenever I see a recipe that involves steak, my first thought is, "Aha! I can make that with portabella mushrooms!" Everybody knows that portabellas are the steaks of the mushroom world!

And for the record, both portabella and portobello are correct, although portobello is more common. But portabella is a much prettier word, isn't it? Yes, it is.

On topic: the steakiness of portabella mushrooms. When I saw a recipe for Skirt Steak Tacos with Pepita Relish from Real Simple, it was the pepita relish that grabbed my attention — I kind of wanted to make the tacos for that alone. Using portabella mushrooms was a given, but when I looked at the comments and saw someone suggesting beer as a marinade for the steak, I wondered if that would work for mushrooms too. 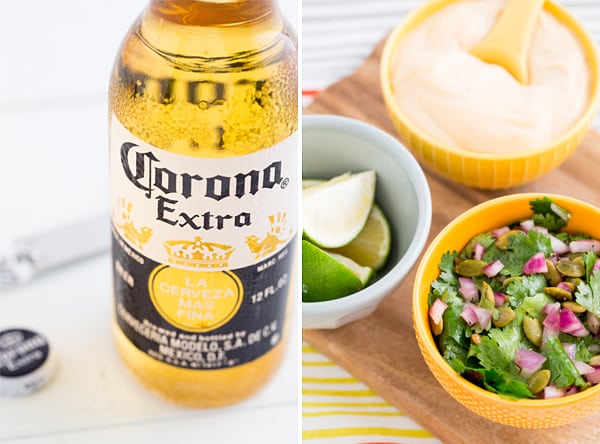 For as often as I use wine and beer in my recipes, you'd probably assume that I like to get my buzz on, as the kids say. But I don't! I can probably count on one hand the number of times I drink a year because I just don't tolerate alcohol very well, which means that when I do drink, people think I'm totally hammered when I've just had half a glass of wine mixed with Sprite. (Sprine! It's a refreshing and classy drink.) Alcohol has a way of making food delicious, so even if you're not a fan of drinking it, you might find it worth picking up once in a while for cooking. And for making Sprine. 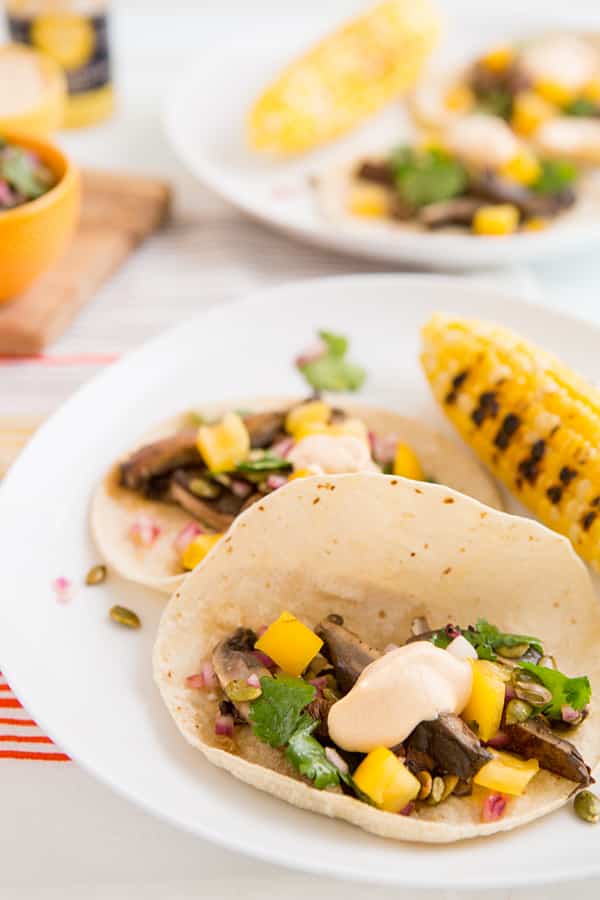 These grilled mushroom tacos aren't just about beery mushrooms though! We can't forget about the pepita relish. You could top your tacos with salsa instead, but this relish takes mere minutes to put together and it adds a fresh flavor and crunch to your tacos. I also included a chipotle crema made with soaked cashews — while it requires a little prep work, I assure you that it's worth it. You'll have some extra leftover because making a smaller batch won't work in a blender, but it will keep in the fridge for a few days. We like using it as a dip for fresh veggies and chips or as an alternative to mayo on sandwiches.

For the Beer-Marinated Grilled Mushrooms:

For the Pepita Relish:

For the Chipotle Crema: