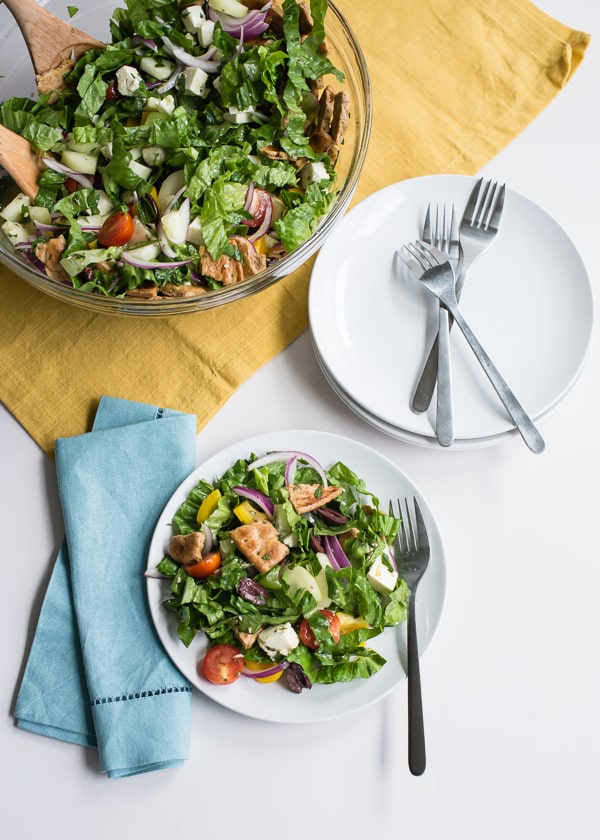 The best of both worlds! Two Mediterranean salads, Greek and fattoush, come together in this refreshing (and easy!) recipe.

Bread in salads. It's an idea that can take some time to embrace. I mean, there are croutons, sure. But croutons are hard and crunchy—soggy doesn't happen with croutons. "Soggy," however, might be one of the first words that that comes to mind when hearing the phrase "bread salad."

For me, once I discovered panzanella, an Italian bread salad, there was no going back. Toasted cubes of bread tossed with veggies and a vinaigrette—with just enough crunch to satisfy and just enough give to soak up some delicious dressing? Not to be all melodramatic, but the first bite is a bit of a transcendent experience. 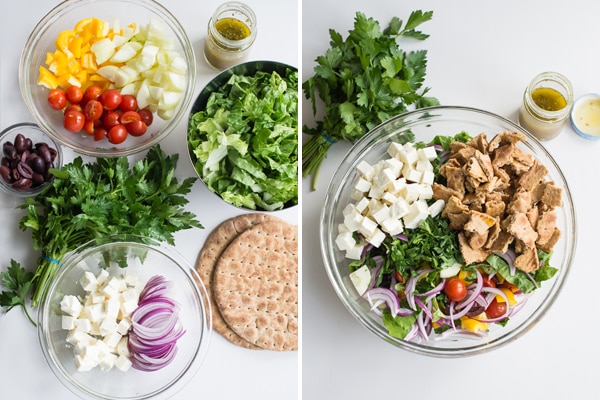 It wasn't long after panzanella and I became BFFs that a Lebanese friend introduced me to fattoush. Instead of rustic cubes of bread and fresh strips of basil, with fattoush you've got toasted pitas and sumac. Both bread salads are usually also comprised of greens and lots of other veggies (cucumber and tomatoes are biggies), and then it's all tossed with a vinaigrette-style dressing.

Bread salads are an excellent way to use up, say, those two remaining lone pitas going stale at the bottom of the bag, or those last few slices of day-old bread. No slice left behind! 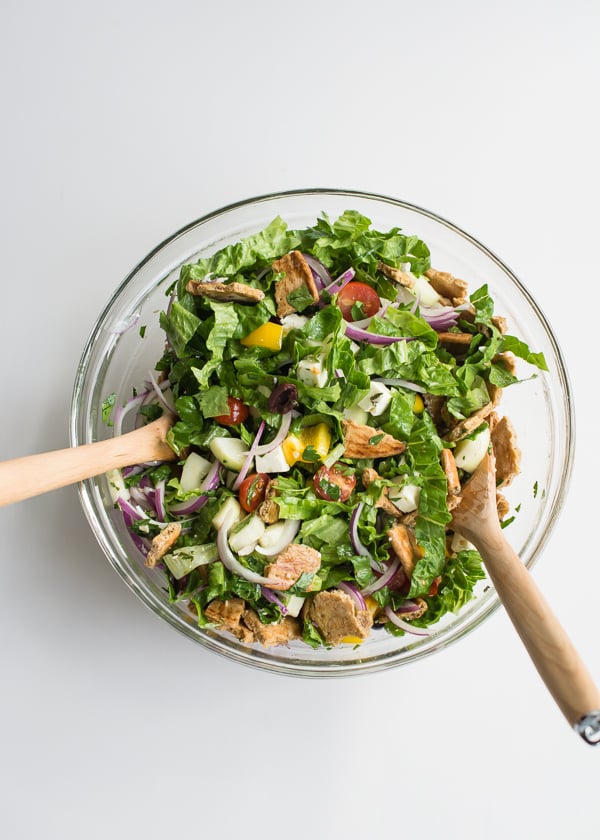 I took some liberties when creating this salad—authentic fattoush this is not! This is a mash-up of your typical Horiatiki-style Greek salad and traditional fattoush. From the Greek salad side, we've got thinly sliced red onions; bite-sized chunks of cucumber, bell pepper, and tomatoes; and a generous dose of kalamata olives and feta—plus, a garlicky oregano-laced vinaigrette. Toasted pitas—tossed in olive oil to help them retain some crunchiness once the dressing hits them—and crunchy romaine lettuce are a nod to the fattoush side of the equation.

Together as one, they make up a colorful, refreshing summer salad that delivers a mega dose of Mediterranean deliciousness. Sog, schmog: just bring on the bread salad! 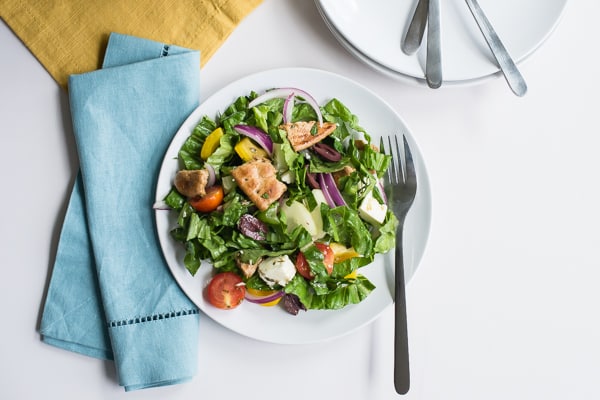 This recipe was originally published on 30 June 2014.