If you love your ice cream rich and decadent, you will love this Chocolate Caramel Pretzel Gelato recipe. Pretzels + caramel + chocolate = bliss!

Use a Freezer that Works

This is the recipe that finally made me realize that our freezer does not get as cold as it should.

All last summer, I was on a Zoku kick and I made popsicles at least once a week, if not more. It was our first summer in North Carolina and it was hot. I had never been much of a popsicle person, but in that hot weather, suddenly they were all I wanted to eat. In my popsicle making frenzy, I noticed that the Zoku was taking much, much longer than it should have to freeze my popsicles. So naturally, I blamed the Zoku. 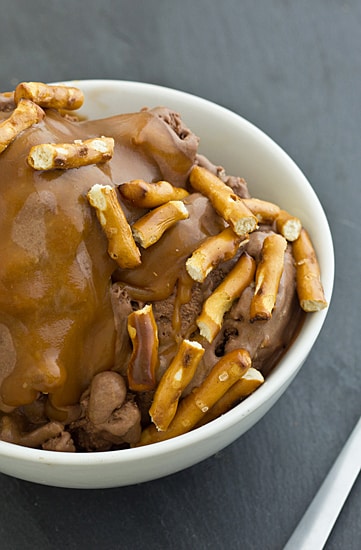 Oh. So that's why the Zoku doesn't work well and that's why none of my ice cream sets. And that's why all the cardboard boxes in the freezer are slightly soggy. And probably why there's no rush of cold air when we open the freezer door. So suddenly it all makes sense—our freezer is the problem.

It's Delicious, Soupy or Not

Anyway, I hope you'll excuse the soupy looking gelato in these photos. After making my Fat Elvis Ice Cream, my husband kept bugging to make something like that again, so I came up with the chocolate, caramel, and pretzel combination. We're both big fans of desserts that are both salty and sweet. And who doesn't love caramel and chocolate together?! Soupy or not, this gelato is crazy good. 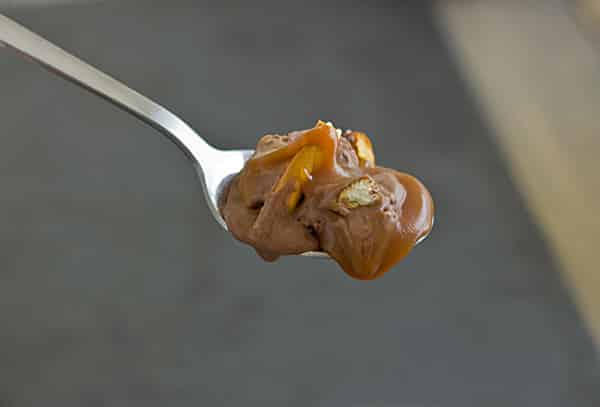