Living in North Carolina, there seems to be a BBQ restaurant on every other corner. Okay, maybe I’m exaggerating a bit, but you catch my drift. There are so many different options and everyone has a different opinion on which is best. Since we moved to the area about a year ago, we’ve certainly taste-tested our way through quite a few of these places.

But despite the number of fantastic BBQ restaurants, it can be fairly hard if you’re looking for vegetarian options. Making it at home solves this dilemma.

I’ve come to really love farro over the last few years and decided to use it as the base for these Chipotle Peach BBQ Farro Sandwiches. A whole grain that is slightly nutty, just a bit chewy and a good source of protein and fiber, it can be a great substitute for ground beef or meat. It's the key ingredient in my meatless sloppy joe recipe -- if you like to stick with whole food meat substitutes instead of the store-bought kind, give cooked farro a try! 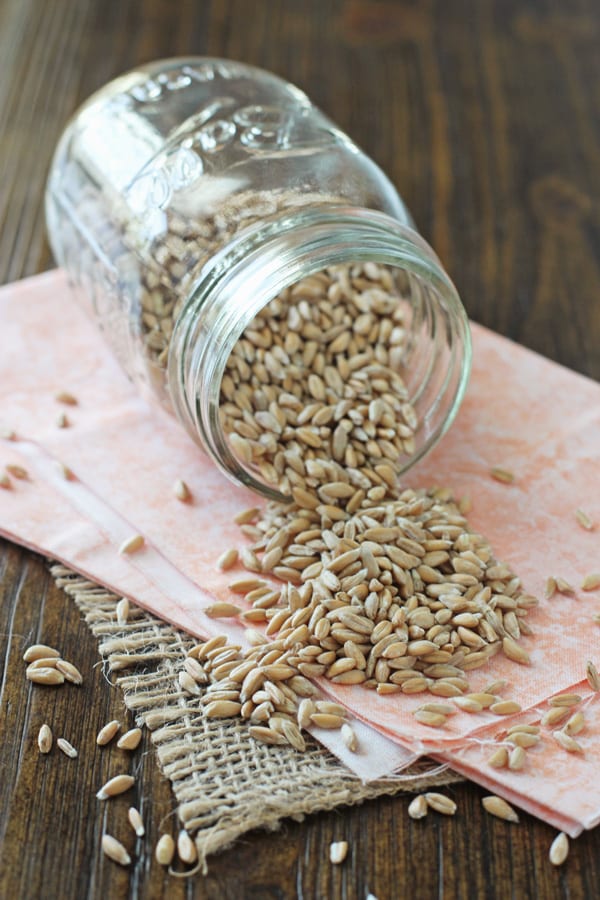 While the farro is cooking, you’ll first whip up a topping for the sandwiches. Sliced onions are cooked in a skillet for about 15 to 20 minutes, so they get really tender and just start to caramelize. Once that's done, you’ll whisk together a simple homemade barbecue sauce, with hints of sweetness, smokiness and spice. It's the perfect pairing for the onion topping, which helps to cool down the heat from the chipotle.

Load it all up on some buns and you’ve got yourself one finger-licking good meal. We don’t eat a whole lot of chips at our house, but I can’t resist serving them with these sandwiches. Or you can go more traditional BBQ and serve it up with some coleslaw, greens or even sweet potato fries.

Whatever you do, just prepare to get a little messy! In a good way. 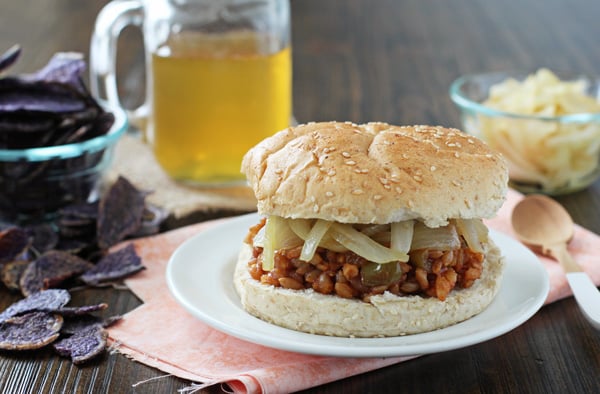 This recipe calls for pearled farro. If you use semi-pearled or whole farro, the cooking time will be longer. Depending on your taste, you may want to cut back on the chipotle. As written, it has a little bit of kick.