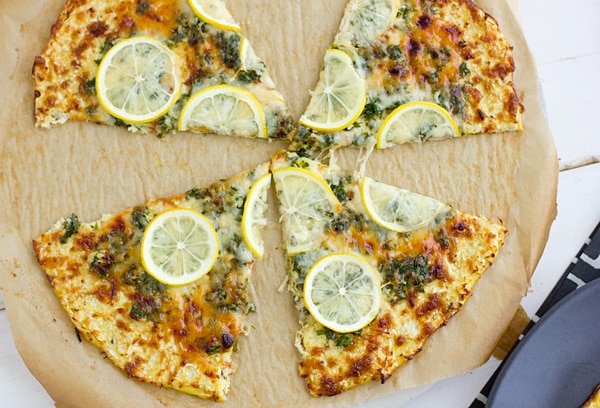 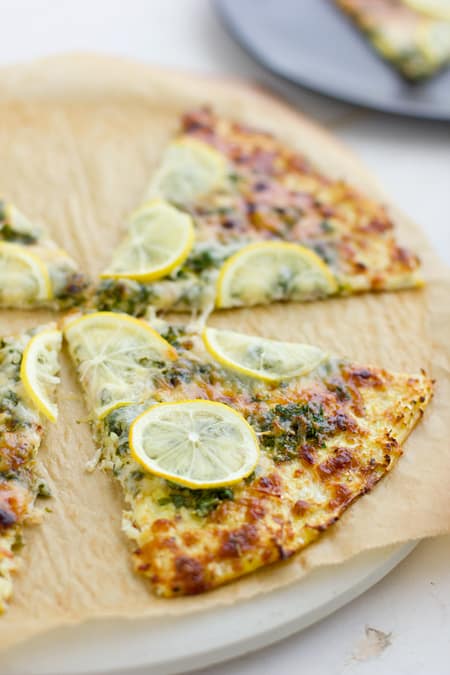 I am so tardy to the cauliflower crust pizza party. I’ve been reading about this magical pizza crust for years, but until a few weeks ago, I had never tried it myself. So I sought out the original cauliflower pizza crust recipe and gave it a go. 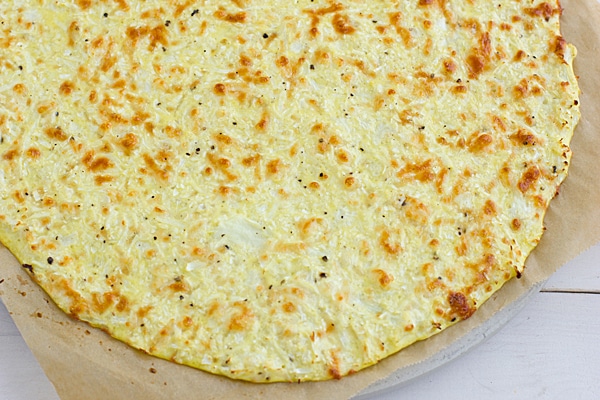 It looks almost like a giant omelet, right? Chris and I both liked the crust, but in a different way than we were expecting to like it. I guess I thought the cauliflower would transform into something more bread-like after baking. It does not. It’s a lot flatter and thinner than a traditional crust, although you can pick it up and it stays together.

(Oh, and sorry, I’m not republishing the crust recipe here. You’re going to have to go to Your Lighter Side for that. People seem to have taken this blogger’s recipe and completely removed her blog as the source and as a fellow food blogger, this bugs me immensely!)

And then since I was already feeling adventurous with my fancy new pizza crust, I thought I’d try topping my pizza with lemons. Yes, lemons! I had seen it done a few times and my first reaction was revulsion. Lemons on pizza? That is wrong. But I love lemons and the idea kind of stuck in my head. Could lemons really work as a pizza topping? 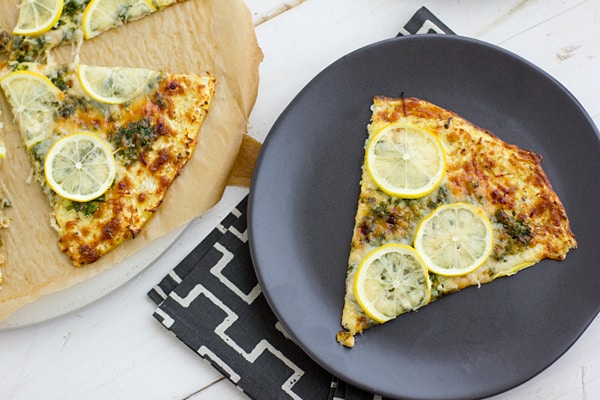 Well, the secret is to slice them really thin–almost shaved. That way, you still get the tartness of the lemon without it completely distracting from the rest of the pizza (or being tough to bite through). I wouldn’t use it on a pizza made with tomato sauce; this particular pizza was inspired by gremolata, which is a combination of parsley, garlic, and lemon. I used the parsley and garlic combo instead of a sauce, added some parmesan cheese, and then topped the whole thing with the thinly sliced lemons. So tasty! Lemon is now up there with pineapple and green olives on my favorite pizza topping list.

If you don’t have the time or desire to make a cauliflower crust, this would work on any thin pizza crust, store-bought or homemade. But if you haven’t tried the cauliflower crust yet, you really should (whether or not you top it with lemons). 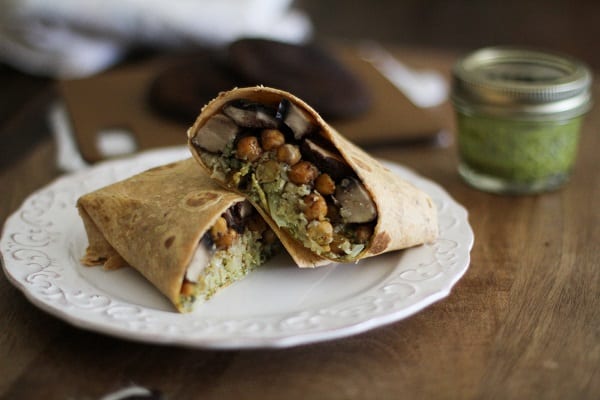 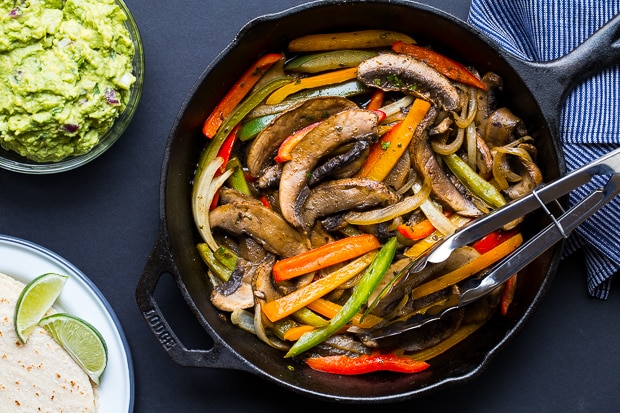 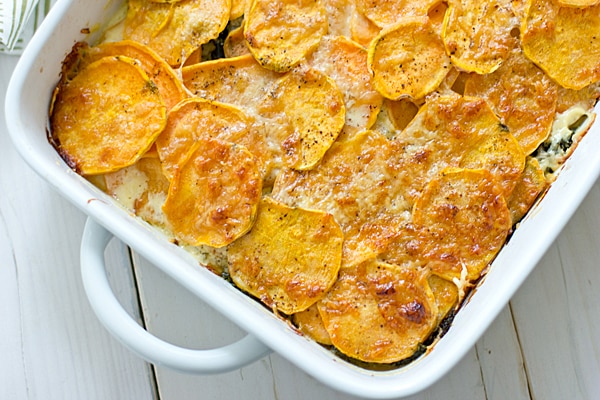