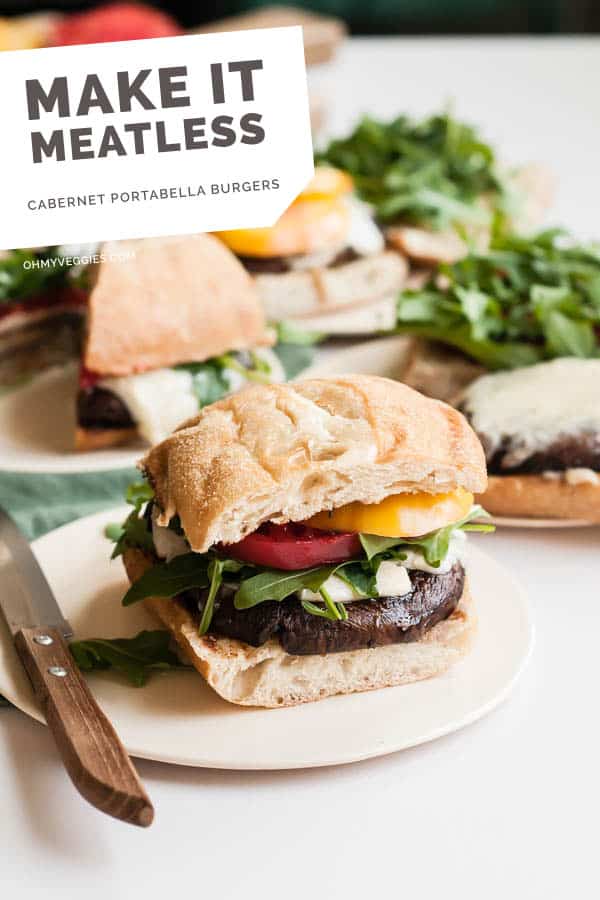 After three and a half years, it's about time Oh My Veggies published a grilled portabella mushroom burger, right? It's kind of up there with tofu when it comes to vegetarian icon status. If for any reason tofu cannot fulfill its reign as vegetarian icon, first runner-up grilled portabella mushroom burger will take over. Portabella burgers are the Alyssa Edwards to tofu's Coco Montrese, you see.

If you want a no-muss, no-fuss portabella burger, all you really have to do is clean a mushroom with a damp paper towel, brush it with oil, season with salt and pepper, and throw it on the grill. Once it's tender, put it on a toasted bun and pile on your favorite burger toppings. It's pretty much fool-proof, which is probably the reason we vegetarians eat them all the time. 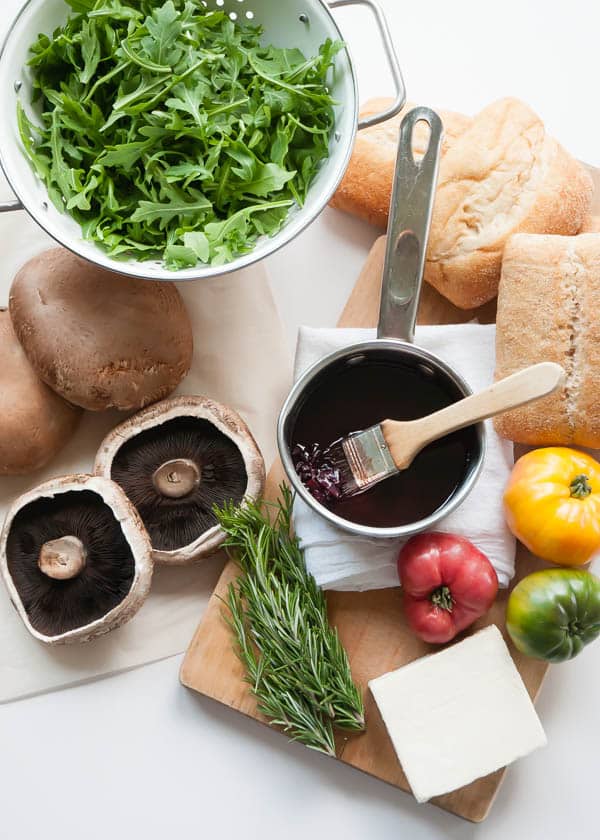 Plain portabella burgers are good, but there's so much more you can do with them to take them up a notch. When I saw this Napa Valley Cabernet Burgers recipe from Bon Appétit, I knew I could translate that idea to a grilled portabella burger. It was simple to do—the original called for more cabernet sauce because it was mixed into the ground beef; I made less because I was only using my sauce as a marinade. The original recipe also called for 9 tablespoons of butter, which I reduced to 1, replacing the rest with a light brushing of olive or grapeseed oil.

Mushrooms and wine are one of my favorite food pairings. There's just something about wine that really brings out the flavor in mushrooms. I don't even drink wine (well, maybe once or twice a year), but cooking with it is a different story. You don't need to buy an expensive bottle of wine either. Avoid cooking wines, which are usually found in the aisle with vinegars and oils, and opt for the cheapest bottle of regular wine you can find. Yeah, that's right, I'm telling you to buy cheap wine! 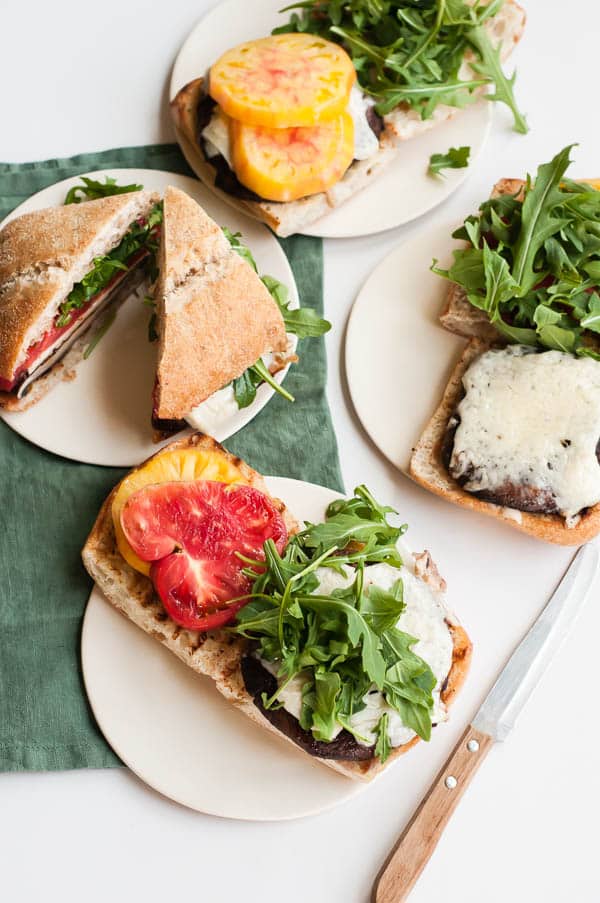 The cabernet boils down into a thick sauce that you brush on the mushrooms as they cook. The sauce continues to thicken and caramelize on the grill, which makes it even more delicious. Grilled rosemary focaccia serves as a bun for these portabella burgers; we topped them with slices of sharp cheddar, heirloom tomato slices, and arugula, but a variety of cheeses and toppings will work with these burgers. With grilling season upon us, this is a recipe you'll want to have on hand for the coming months!

If you don't have an indoor grill, a grill pan or an outdoor grill will work instead, but cooking times will vary.