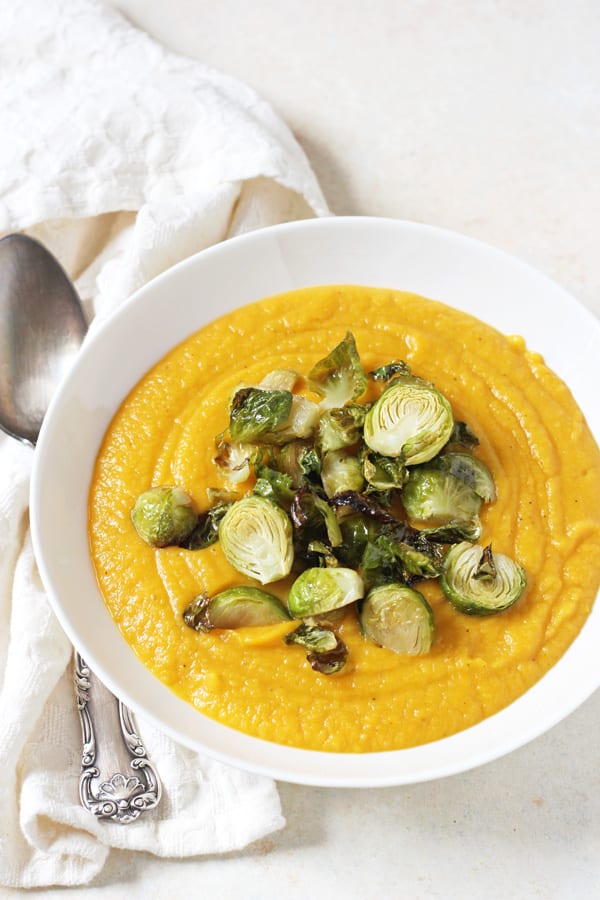 One of my favorite parts about this time of the year? The fact that it is officially soup season! And while I am one of those people who will happily slurp up a bowl during the summer months, I love it about ten times more during cold weather. I will confess that my soup making can get a little out of hand, but cozying up with a piping hot bowl while wrapped in a blanket? It just doesn’t get much better.

Butternut squash soup has long been a staple at our house, but it wasn’t until recently that I tried topping it with crispy Brussels sprouts. And let me tell you, the combo is out of this world.

The soup base is creamy, thick and comforting. It’s filled with a touch of apple, carrot, nutmeg and coconut milk, giving it both sweet and savory flavors. Which pair ever so well with slightly crispy and tender maple roasted Brussels sprouts. It’s no wonder my soup making is out of hand! 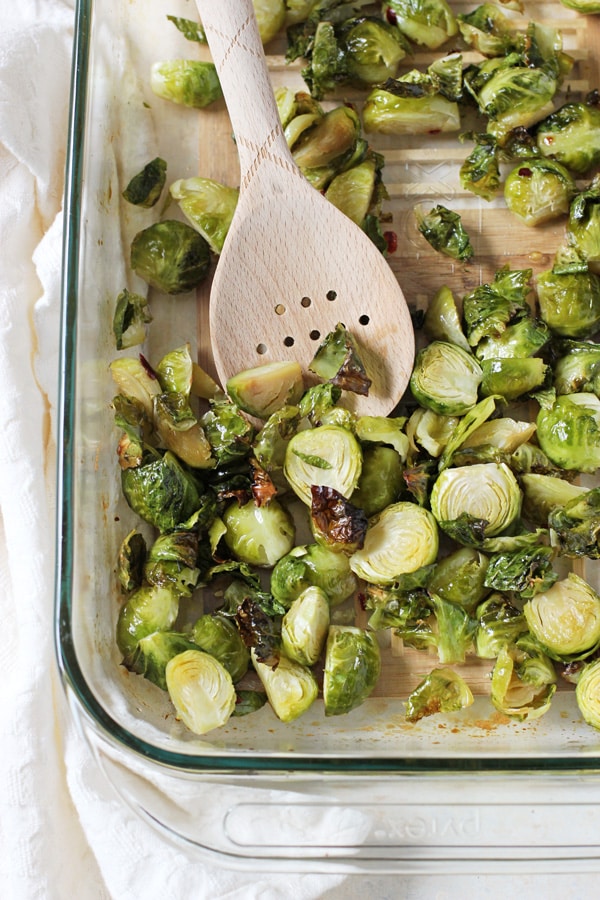 Now, a few notes on the recipe. I personally prefer butternut squash soup on the thicker side, so I try to add as little broth as possible (just enough to get it moving in my blender). But you can certainly add as much broth at the end of the recipe as you’d like to get it to your desired consistency.

And as far as the Brussels sprouts, use your judgment to cut the sprouts to about the same size so that they roast evenly in the oven. And don’t discard any outer leaves that fall off when cutting! They get so wonderfully crisp after baking! 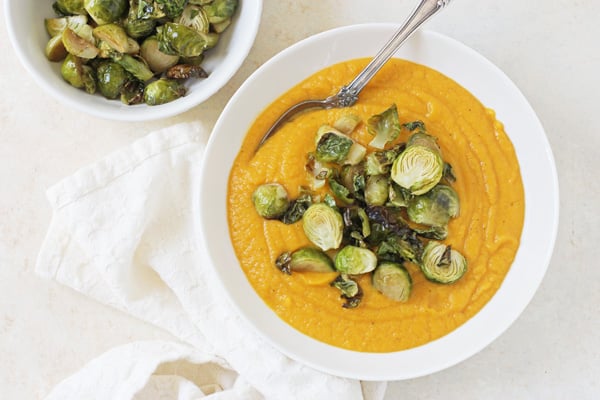 For the Brussels sprouts:

For the Brussels sprouts:

Prep time will be a few minutes longer if you use a whole butternut squash and not pre-cut chunks. One medium squash (about 3 ½ pounds) should give you the 7 cups.
Craving more veg-friendly recipes? Shop our collection of vegetarian and vegan cookbooks!
« Chai-Spiced Cranberry Apple Pie
5 Nutritionist-Approved New Year's Resolutions »