It took me a long time to warm up to protein powders. The first few I tried were terrible — they tasted off at best, and bitter at worst. I figured that protein powders were for people who were into weight training and not people who like their food to taste good. (Guess which of those categories I fall into?) But then a year later, I gave them another try and realized that there were plant-based protein powders that actually tasted good. Imagine that!

Thus began Operation Stealthily Healthy Smoothie — because I knew that smoothies would be the best way for me to work a large amount of protein into my diet in a small package (or glass). Back in the carefree days of yore, I used to throw lots of greens and fruits and seeds and whatnot into my smoothies, but those pesky food aversions meant that the very thought of spinach in a smoothie made my stomach turn and fruity smoothies didn't appeal to me either. So my objective was to create smoothies that tasted like milkshakes. 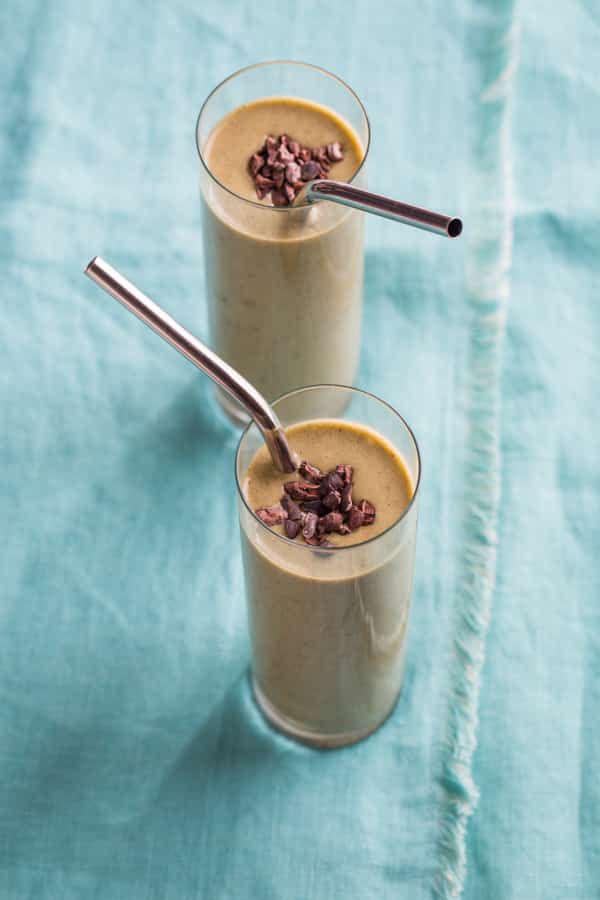 One of my favorites was a frozen banana blended with almond milk, a scoop of Chocolate Vega One, a tablespoon each of chia and hemp seeds, then swirled with a ribbon of peanut butter. And then there's this Banana Caramel Smoothie, my other favorite — dates, almond butter and French Vanilla Vega One combine to give this smoothie a caramel flavor. Yes, really! If you like bananas, use one that's nice and ripe; otherwise, a less ripe banana will lend creaminess to the smoothie without adding a pronounced banana flavor (a trick I picked up from Kare). And the awesome thing about Vega One is that it's not just a protein powder, it's an all-in-one nutritional shake with 6 servings of greens in each scoop — so I'm still getting my greens in these smoothies without feeling like I'm sipping a salad through a straw. 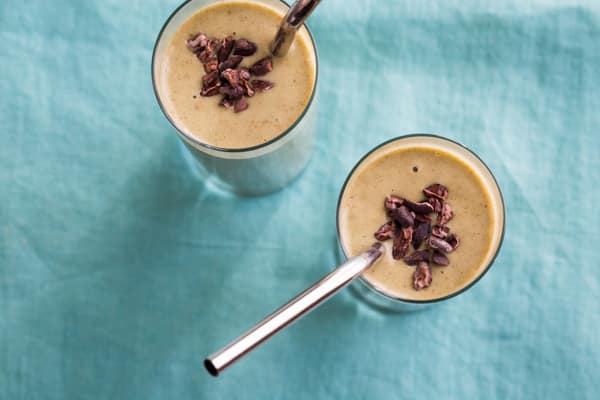