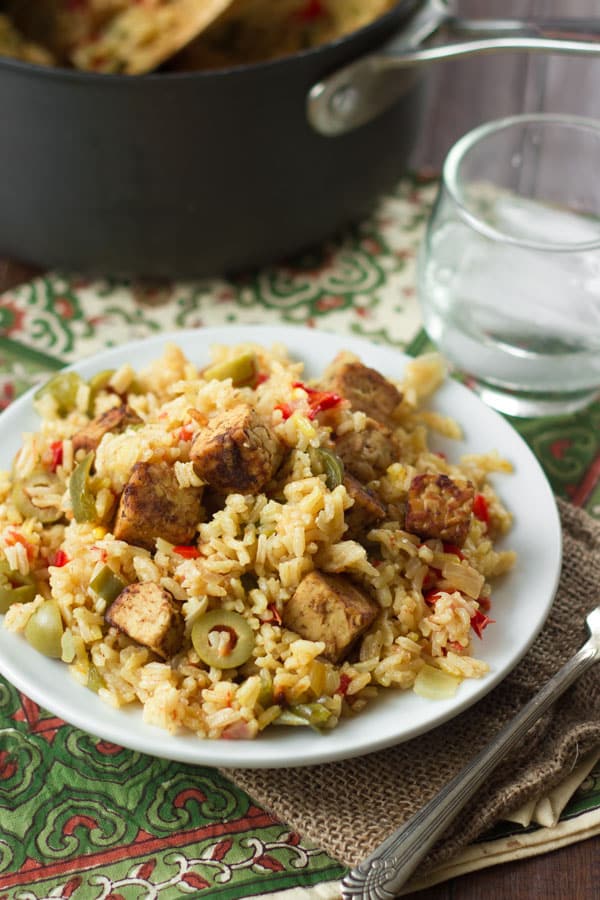 One of my favorite things about being a vegetarian is the incredible variety it brings into my diet. Does that make any sense at all? It's true, eating meatless has gotten me to introduce all kinds of new dishes and ingredients into my regular rotation. Here's the thing: no dish is off limits, it just might need a little modification. It's really easier than you think, and when you get into the habit of tweaking recipes to make them vegetarian or vegan on a regular basis, you start to have fun with it and end up exploring all kinds of new dishes.

In this case I took a dish that's actually based around a very non-vegetarian ingredient, chicken (that would be the "pollo") and come up with a work around. Tempeh and some savory seasonings did the job. In fact, I went with poultry seasoning blend as the main flavoring, on the hunch that something used to enhance the flavor of chicken might make an ingredient that's totally not chicken, like tempeh, taste kind of like it is. I loved the result. Don't get me wrong, tempeh as chicken isn't fooling anyone, but that little bit of savory flavor takes it right where it needs to be as a stand-in for chicken. Interestingly enough, poultry seasoning is made up of a bunch of spices I probably wouldn't normally include in a Spanish-influenced dish like this one, but because I was going for a poultry flavor simply to compliment the other components of the dish, it worked out perfectly. 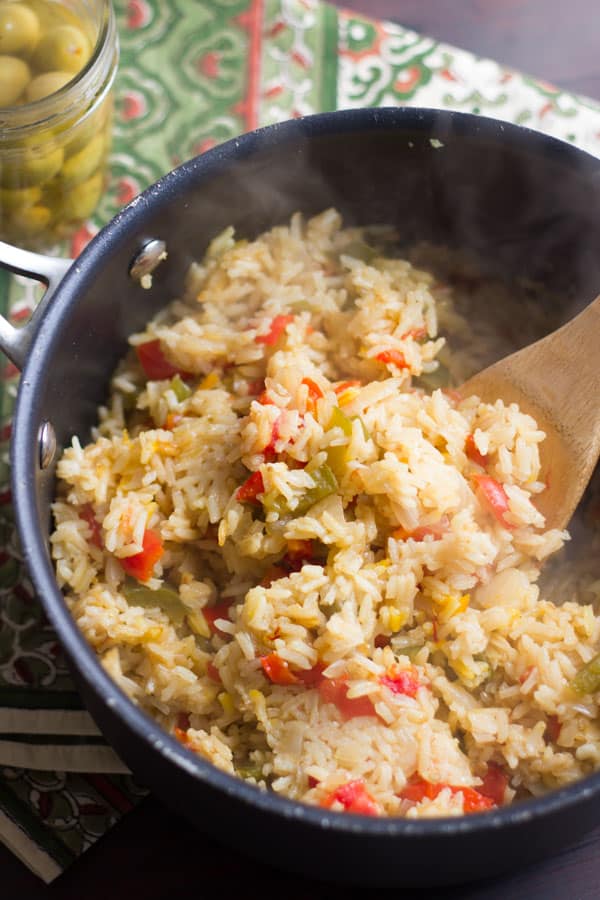 As to those other flavors, there's lots of them. There are a ton of different regional variations on arroz con pollo, and since I'm no expert in any one of them, I went and included my favorite elements from them all. Lots of Latin American recipes include beer for simmering the rice, and I loved the subtle yeasty flavor it gave my version of the dish. Spanish olives give a hint of pungent and salty flavor to offset the relatively mild rice, which is seasoned with a bit of cumin, paprika, and saffron. While I'm normally inclined to spice the heck out of my food, I really enjoyed the mild savory flavors of the spices in this dish. If you're a heat fiend, by all means, feel free to sprinkle in some cayenne pepper or hot sauce to your heart's content. 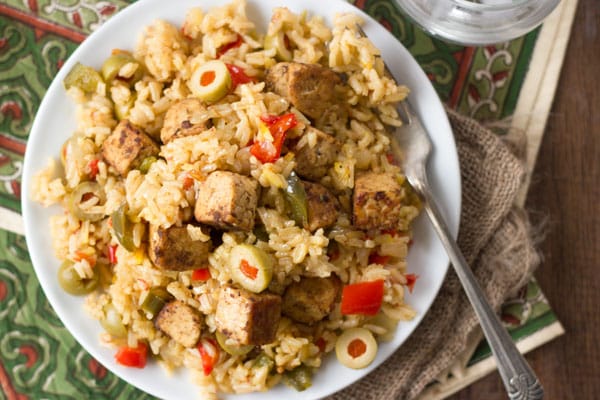 For the Tempeh Pollo: