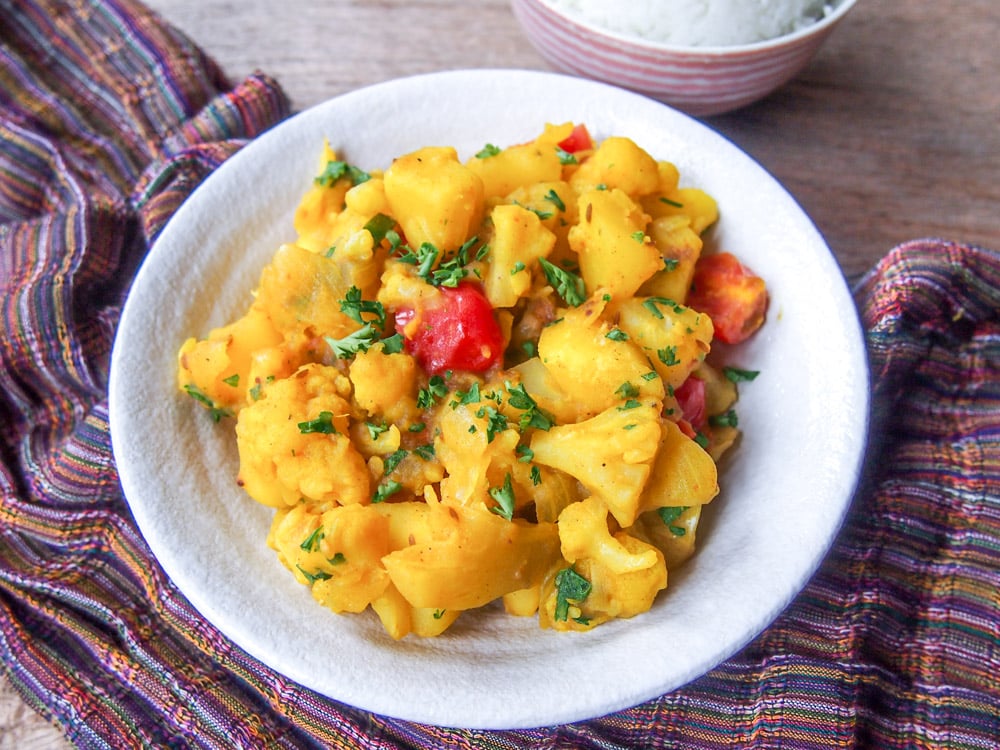 Spices can be a real life saver when you are stumped by what to cook midweek. I keep a basic selection handy in my kitchen and turn to them often for meal inspiration. Thanks to the aromatic spices, this Indian-style potato and cauliflower dish is one of those unbelievably easy yet satisfyingly delicious recipes that everyone should have in their canon of go-to recipes.

A Punjabi classic, it goes by the name "aloo gobi," which simply means potato and cauliflower—just like the "gobi" in this Baked Gobi Manchurian! These two humble vegetables, so pocket-friendly and accessible throughout the year, are cooked with a combination of spices and served over basmati rice or with Indian bread. 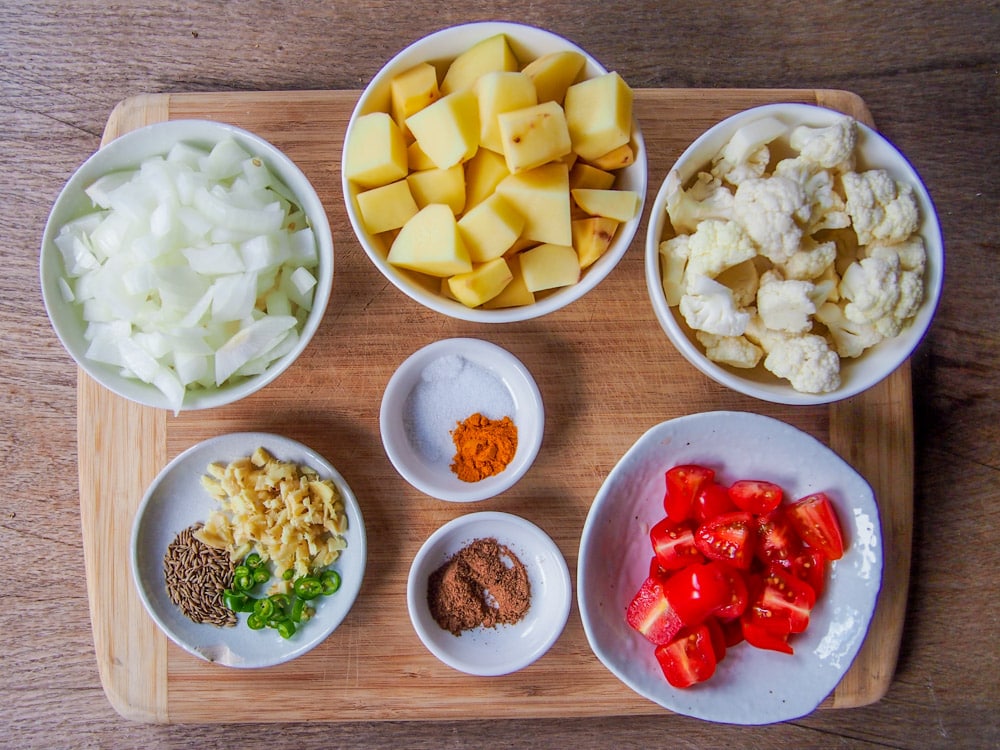 You're likely to find slight variations of the recipe out there as it can differ from one region to another in the vast country of India, which really is a testament to its versatility. Having said that, it can easily be made with spices that you're likely to already have on hand or are easy to acquire, such as garlic, ginger, onion, cumin seeds, ground turmeric, and garam masala.

Some recipes call for the potatoes and cauliflower to be pre-cooked either by blanching or frying them. The reason for that is to ensure they are both cooked evenly. I prefer to prepare aloo gobi all in the same pan in the convenient order of first frying the spices in oil to release their aromas, followed by the browning of the vegetables, and finally simmering the mixture with water for the flavors to incorporate. Cutting the cauliflower into slightly bigger pieces than the potatoes will help ensure the two vegetables cook evenly. 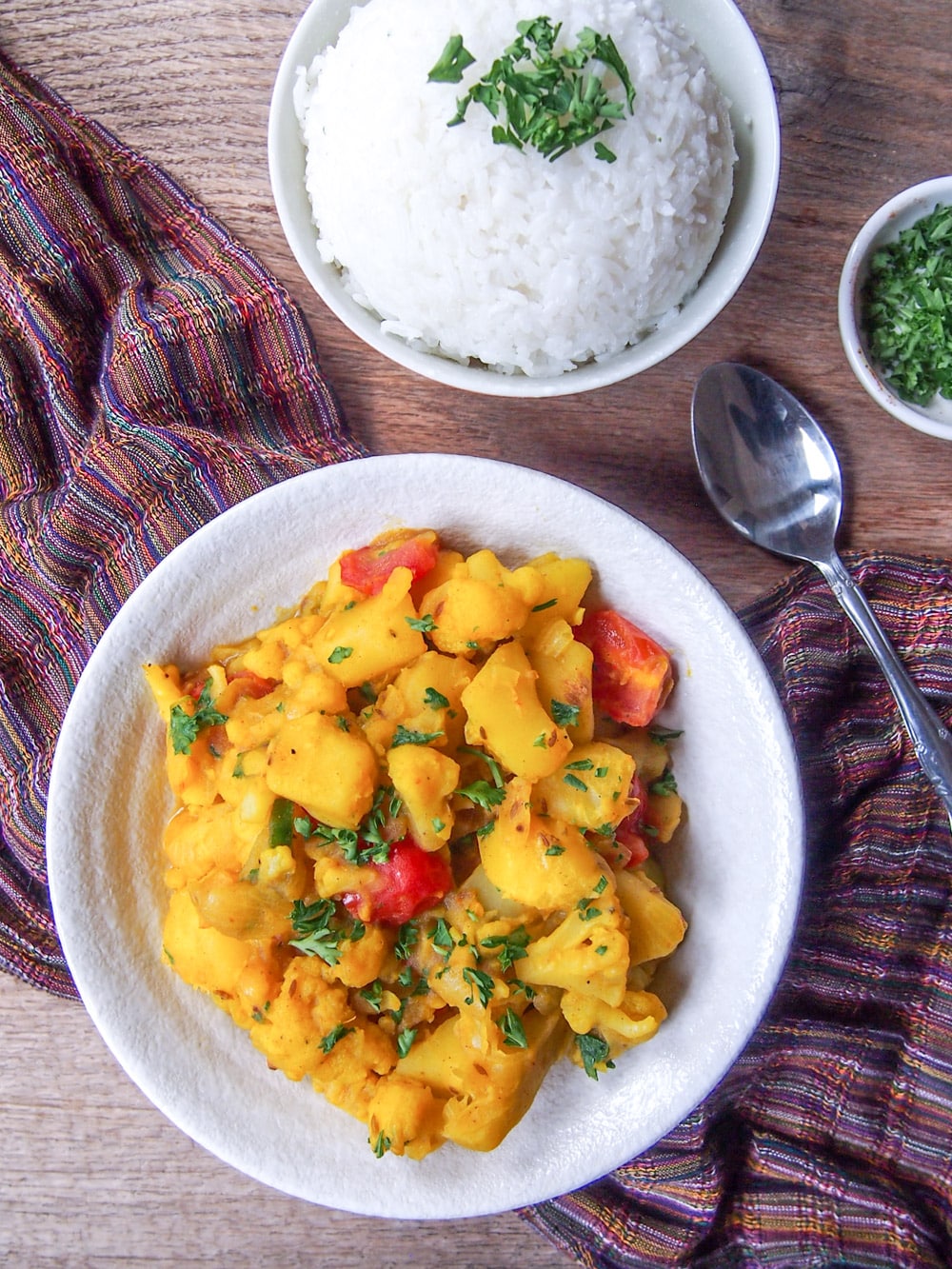 Garam masala is sprinkled at the end as a final flavoring just before serving. "Masala" generally means spice mixture in India and garam masala is probably the best-known mixture commonly used in north Indian cooking. Garam is derived from the Persian word "garm" that carries the meaning of warming, which is why you might find spices that are considered "hot" in the mixture like black pepper, cinnamon, and cloves.

Unlike the curries we're probably used to, aloo gobi is a fairly dry and thick dish with big, bold flavors that make it a nice accompaniment to warm, fluffy rice.

It's important to make sure the cauliflower florets are cut slightly bigger than the potato cubes in order for the two veggies to cook evenly.