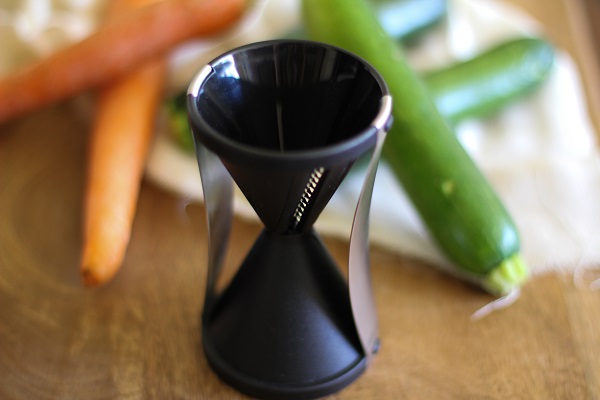 4 months ago and have been hooked ever since. I eat a gluten-free diet, but still love noodles just as much as anyone, so imagine my excitement when I found out noodles could be made out of vegetables. What an age to be alive!

I've been using my Spirelli to whip up meals using zucchini, carrot, and sweet potato noodles; other than experimenting with different sauces and flavors, my favorite part about vegetable noodles is that they can be served both hot and cold. Cold veggie noodle "pasta" salads, like this Lemon-Garlic Zucchini Noodle dish, have become a frequent occurrence in my kitchen this summer! 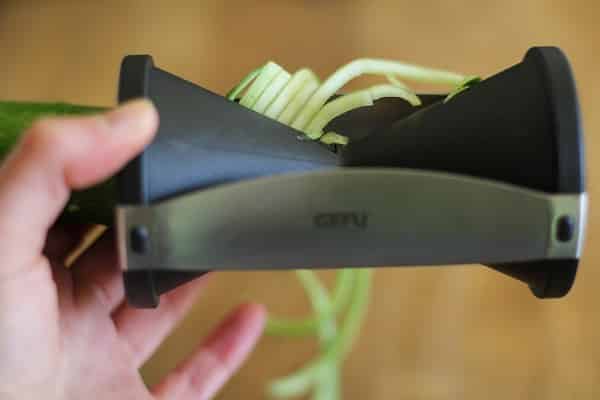 makes noodles out of vegetables in seconds -- not only is it quicker than boiling water for pasta, it's a lot more fun too. The Spirelli comes with a hand protector so that you don’t run the risk of slicing your fingers at the end of your spiraling; the blades are super sharp, which is good for cutting noodles evenly but bad if you have a tendency to get distracted while doing kitchen prep -- use that hand protector!

I've tried other brands of hand-held spiral slicers and even though they might look like the Spirelli, the blades weren't as sharp and they just didn't perform as well. The Spirelli is also great if you're working with a limited amount of kitchen space -- free-standing spiralizers take up a lot more room than the Spirelli, which can be tucked right into a kitchen drawer. 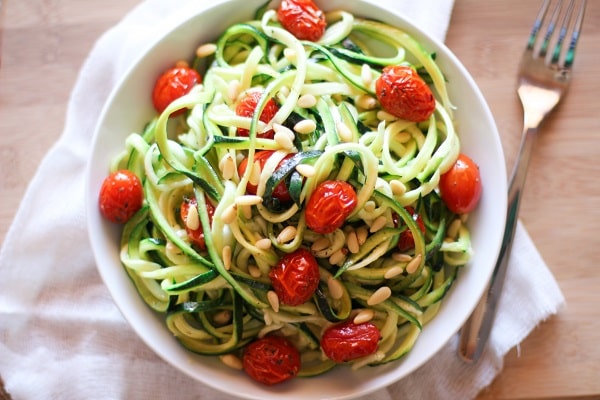 There are only a couple of downsides to the Spirelli. Bigger vegetables might have to be cut down to size in order to fit. It can also be difficult to spiralize an entire vegetable, as it becomes increasingly hard to make noodles as you get toward the end. You can stop spiralizing once it becomes difficult and simply chop the remainder of the vegetable to include it in your recipe if you don't want to waste. In addition, small bits of vegetables get stuck in the blades from time to time, which make it a little difficult to clean. Otherwise, the Gefu Spirelli is a breeze to use and is worth every penny.

The Gefu Spirelli is sold on Amazon, but some reviews seem to indicate that it's a knock-off and not the real thing, so I suggest purchasing it elsewhere! You can buy the Spirelli for $29.99 at Bed Bath & Beyond.