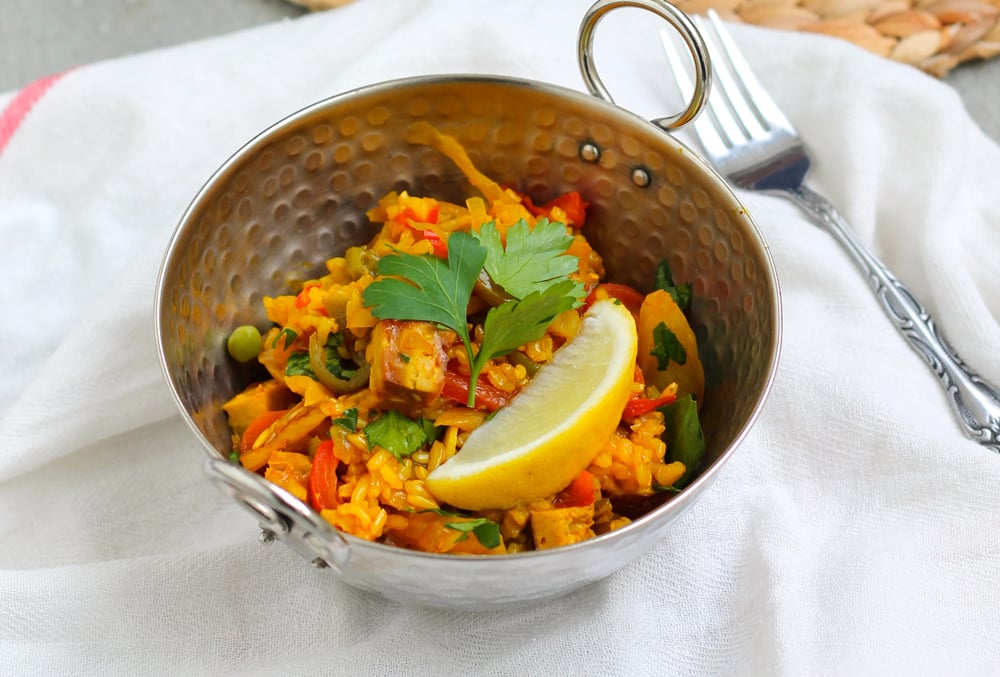 Hands down, one of the best things about living in Europe is having the rest of Europe at our fingertips. When we lived in Vancouver we might have driven up to Whistler or down to Seattle for a weekend, but now we can nip over to Barcelona when the mood strikes.

One of my favorite things to do in Spain is to wander around the local food markets. There are amazing displays of fresh produce and cheeses and spices, and food counters where you'll find old Spanish men and women drinking red wine and eating calamari at nine o'clock in the morning. We always restock on our favorite Spanish smoked paprika and saffron, then sidle up to a food counter for some tapas. Spain isn't the most vegetarian-friendly country, but you can usually get a vegetarian paella if you're willing to wait for it. 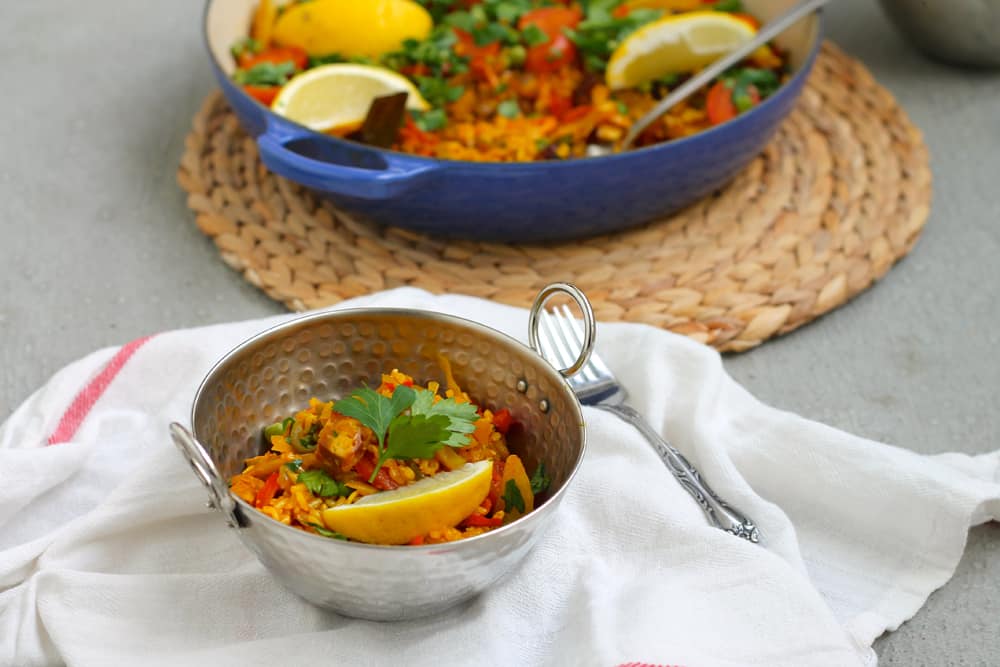 This vegan paella may not be totally traditional, but I promise you what it lacks in authenticity it more than makes up for in flavor. I've replaced the classic Calasparra rice with short-grain brown rice to turn out a more healthful paella. This increases the cooking time a bit, but otherwise I honestly couldn't note any real difference in the taste or texture. Cubes of smoked tofu take the place of the traditional chorizo to keep things vegan, and a blend of peppers, carrot, fennel, and peas pack some good nutrition into this one-pan meal. It's worth seeking out good-quality saffron and sherry for this recipe, as they add considerable flavor. 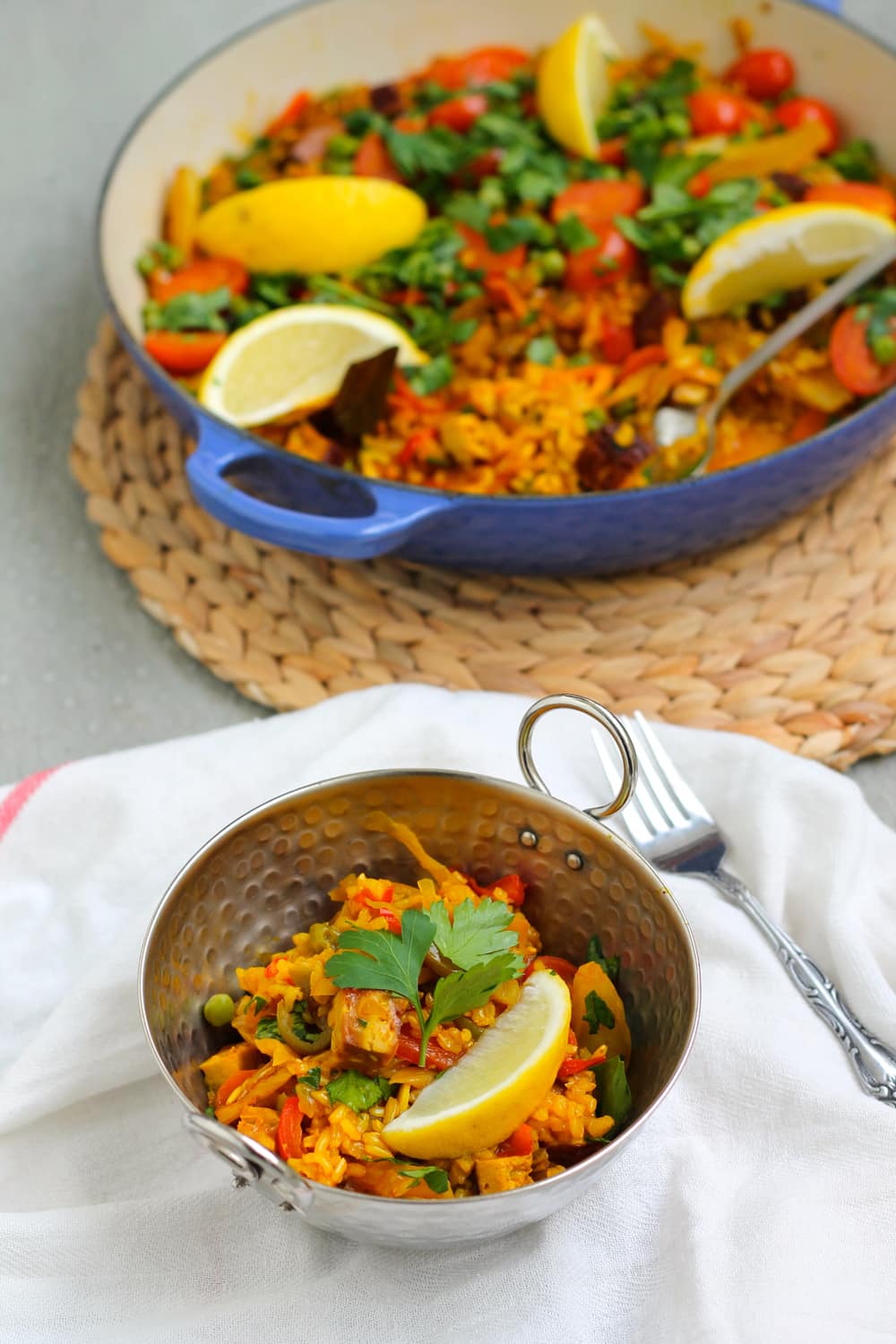 I learned on a trip to the south of Spain that it is considered mortally offensive to the cook if you add salt to your paella, but if you feel that it needs a little extra punch, we won't tell anyone.

If you don't have sherry you could substitute some white vermouth or even white wine in a pinch, but I really do think it's worth getting your hands on some sherry for the overall effect.