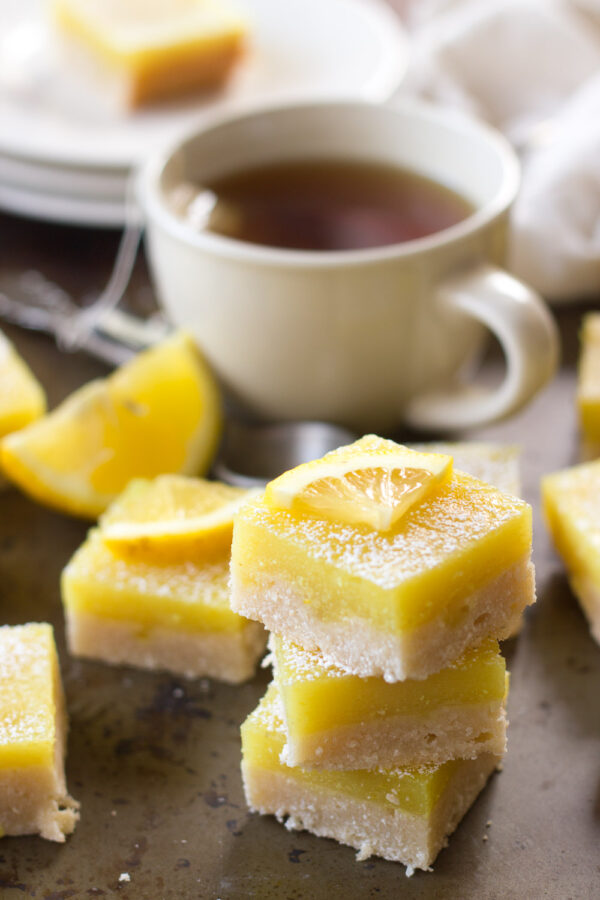 These vegan lemon bars are creamy, tangy, and totally delicious. A coconut oil shortbread crust is baked to perfection and topped with a luscious coconut cream lemon curd. Yum!

I love bringing vegan desserts to social gatherings. I usually don't mention that what I've brought is vegan, and nobody is the wiser. However, people that know me well know that whatever I bring will be vegan, so I do occasionally get grilled on ingredients.

And I do occasionally come across a friend or family member who won't try something on account of the fact that it contains tofu, agar, or some other thing only a vegan would put into their dessert.

It's awesome when it works out that I don't have to put anything unusual in. This is especially true when I go and develop a recipe expecting it to be super complicated and require some serious kitchen engineering, only to find that it comes together simply and easily with a bunch of ingredients that (relatively) normal people are likely to be familiar with.

These lemon bars are one example of such a dessert. Honestly, I expected to have to throw in some tofu, or agar, or something, because the lemon curd filling you find in lemon bars is typically made with a bunch of eggs.

I did a trial run using plain old coconut cream and cornstarch instead of eggs, and was totally delighted when it worked. I was even more delighted when my husband brought them to work and everyone was shocked that they were vegan.

The crust is equally void of non-weird vegan ingredients, unless you consider coconut oil to be weird, which I don't. A conventional crust would be made with butter, but the coconut oil and a splash of almond milk did a fantastic job of replacing that.

The bars do take some time to set, but I promise if you're patient, they'll do their thing. If you're bringing them to a social gathering you may want to make them a day in advance so they have plenty of time for that.

If you love these vegan lemon bars, be sure to check our full vegan dessert collection, and these other tasty treats: 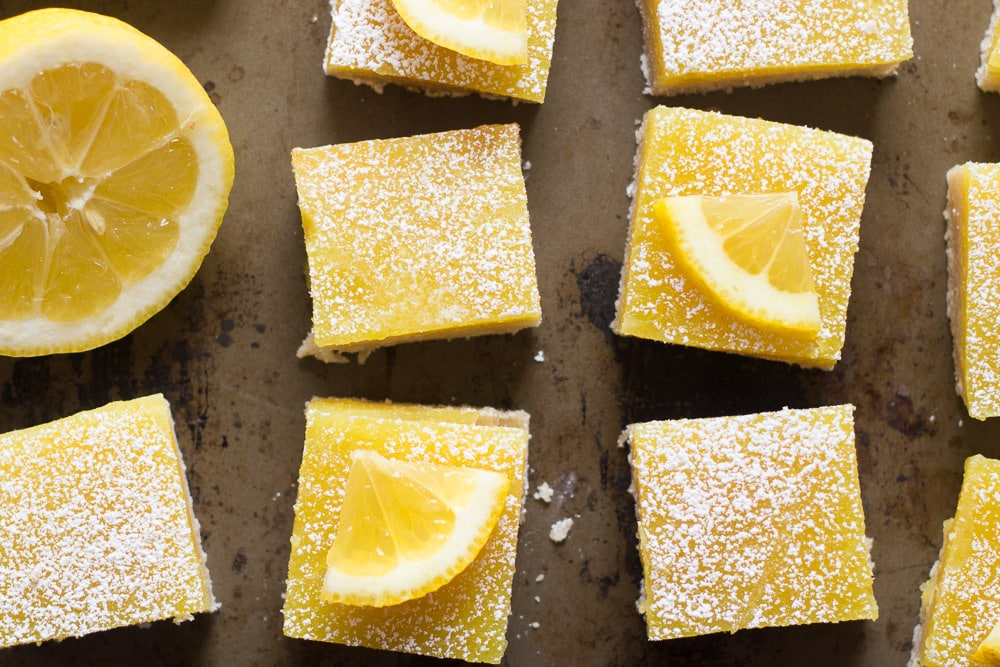 For the lemon curd:

Look in the international foods section for coconut cream, right next to the canned coconut milk. Trader Joe's and Thai Kitchen are two popular brands. If you can't find it, simply place a can of full fat coconut milk in the refrigerator overnight to chill. When you open the can, it should have separated into solids and water. The solids are the coconut cream.