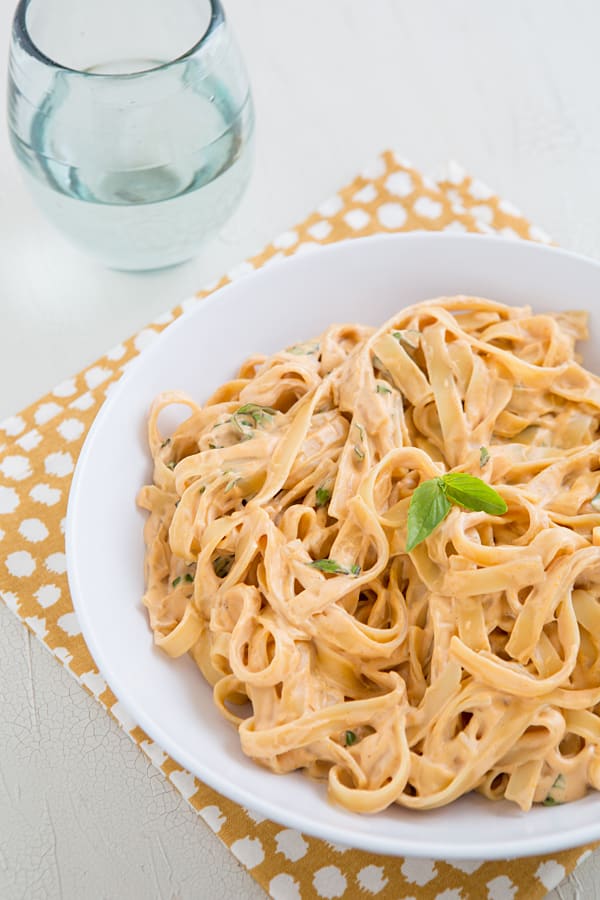 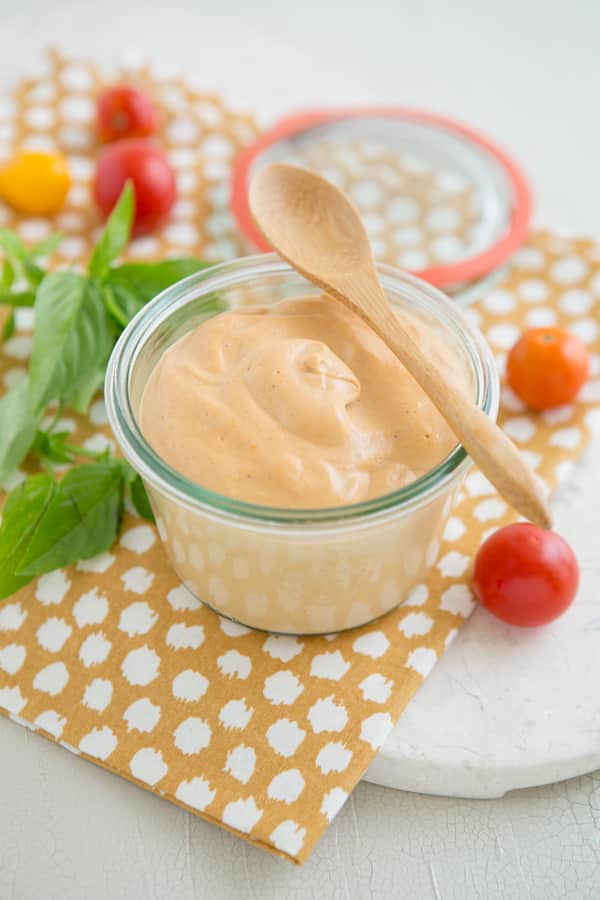 But I still love a good creamy pasta sauce. Just not so heavy. Cashew cream is perfect for this. It's creamy and rich, but it doesn't make you feel sick after eating it. If you're skeptical about the whole cashews-as-dairy-sub thing, give it a try. I was a skeptic too, but it really works. This alfredo sauce is vegan and soy-free; I like to use a little homemade veggie broth in mine for a boost of flavor, but if you want to make a raw version of the sauce to serve over zucchini noodles, it's easy to do by substituting the broth with filtered water and using dehydrated tomatoes instead of oven-dried ones.

How To Make Sun-Dried Tomatoes

No, I'm not going to tell you to leave your tomatoes out in the sun! Even the store-bought ones that say they're sun-dried usually aren't. If you've got more cherry or grape tomatoes than you know what to do with, you can use them to make your own dried tomatoes in the oven. They are the best sun-dried tomatoes you'll ever taste--you can bake them until they're still tender if you want softer tomatoes or leave them in the oven until they're completely dried out. All you have to do to make them is:

1. Cut the tomatoes in half.
2. Put them on a baking sheet, cut side up, and drizzle or spray them with a little olive oil.
3. Sprinkle the tops of the tomatoes with salt and pepper.
4. Bake the tomatoes at 225ºF for 2-4 hours, until they're as dry as you want them to be. 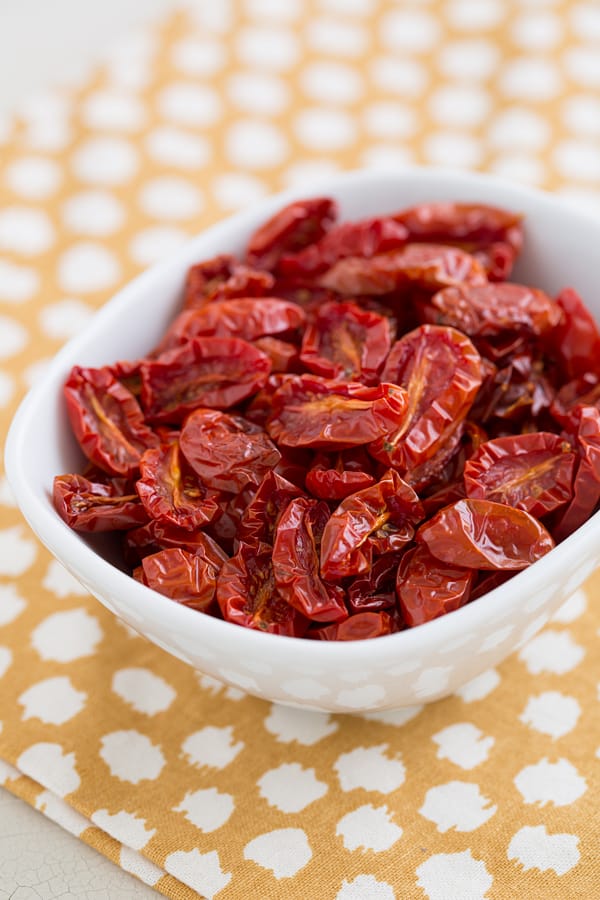 Easy! You can either put the tomatoes in a jar, cover them with olive oil, and refrigerate them or you can pop them in a freezer bag and freeze them until you need them. I love adding them to pasta, pizzas, and salads. 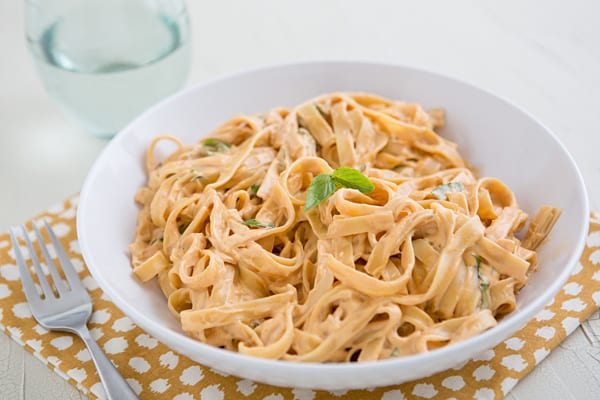 I'm sure store-bought sun-dried tomatoes would work in this too, but I haven't tried it myself. If the tomatoes you buy are especially dry, let them sit in warm water for a few minutes to plump them up.