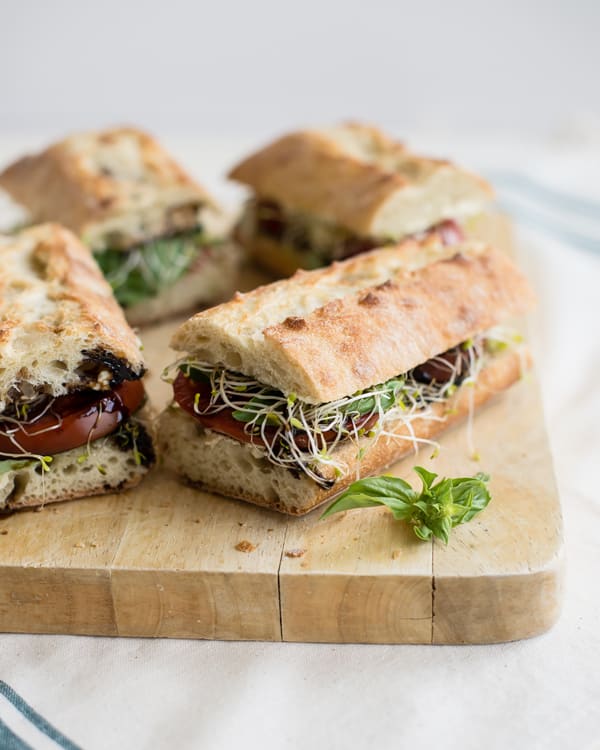 I’m not 100% vegan, but I find that the more plant-based my diet is, the better I feel. I also get a geeky kick out of veganizing recipes, so I’ve opted to go in that direction with my blogging. Having said all that, today I’d like to share a veganized version of the classic Italian Caprese sandwich. 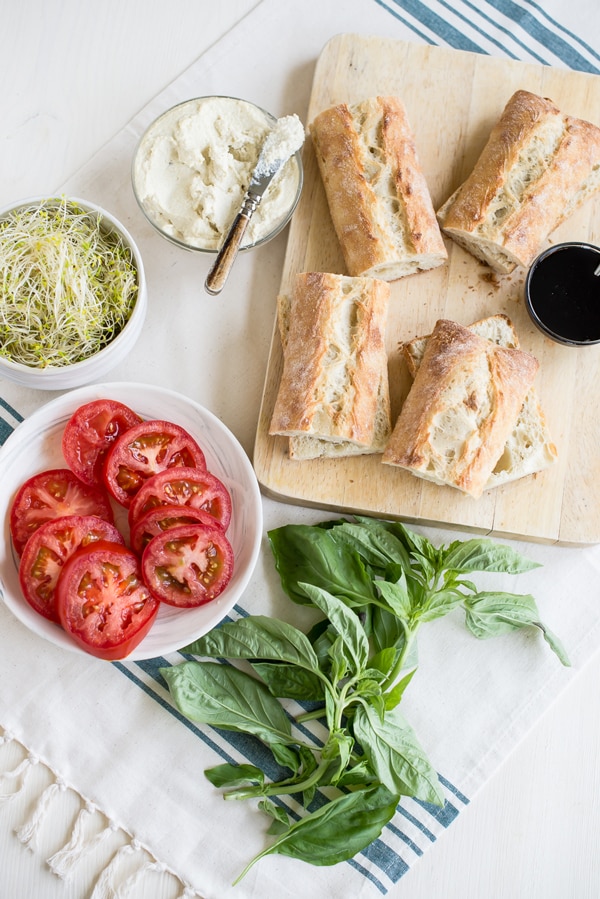 Okay, you got me. My secret vegan cheese ingredient is cashews, and cashews were around way before I ever tried making vegan cheese. Somehow it seems like we’ve all just caught on recently though. Or is it just me? I credit the magic of the internet and, ahem, food bloggers for spreading the joy that is cashew-based cheese.

Making Your Own Vegan Cheese

If you’re new to vegan cheesery (which you probably are, considering I just decided "cheesery" is a thing), you’ll probably be surprised at how simple it is. While a few different varieties of nuts and seeds can be transformed into cheese, cashews are generally the easiest to work with. Raw cashews are the way to go. The flavor is neutral and they blend up silky and creamy after a few hours of soaking in water. A little oil along with some non-dairy milk helps the nuts blend super-smooth and takes them from a thick paste to a rich, spreadable cheese base. As far as flavoring your cheese goes, the sky is the limit, and I’ve found this to be the fun part. I kept things pretty simple for this recipe, opting to go with a little lemon for tang, along with some garlic (simply because it goes deliciously with the classic tomato-basil caprese combo). You can create different flavors to mimic different cheese varieties by using ingredients like nutritional yeast for a zippy-cheddary flavor, miso for sharpness, different types of vinegars for sourness, and even powdered spices. 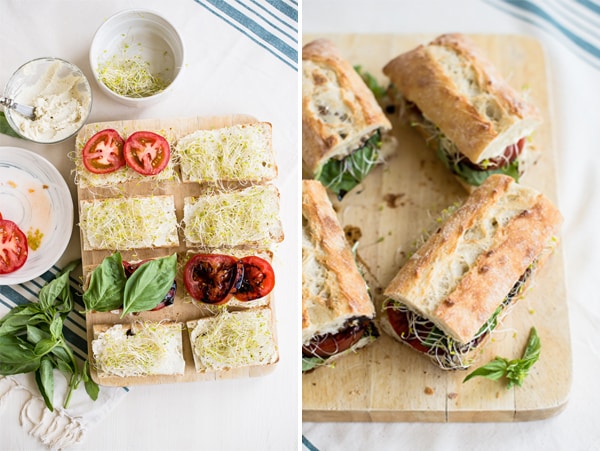 Once you’ve gotten comfortable with the flavoring step, you always have the option of adding something to harden it up, for a more sliceable cheese. I usually end up using agar for this, which is a vegan gelatin-like ingredient derived from algae. Agar needs to be completely dissolved in hot liquid before adding it to your cheese base, so it adds a little work to the process. I find agar to be great when my goal is to replicate dairy cheese in taste, look, and texture—most often just for fun or to satisfy my yearning for some halloumi. When taste is my main goal, as it was with these Vegan Caprese Sandwiches, I just go for the soft, blended cheese. 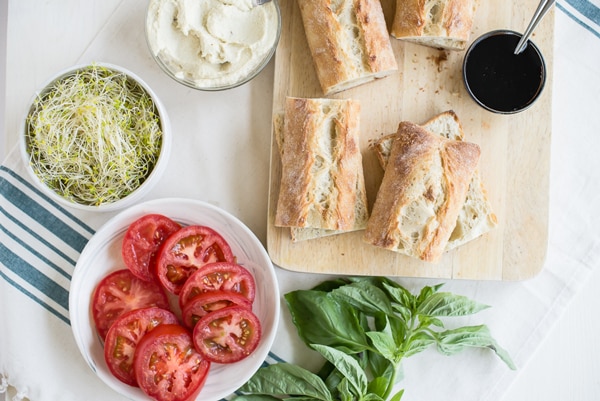 For the garlic cashew cheese:

For the garlic cashew cheese:

To assemble the sandwiches:

If you're using a larger blending device, like a Vitamix, you may want to consider doubling the batch size for the cheese, as you might not be able to keep enough of your mixture around the blades to get a thorough blending. Two cups is a rather big batch size, but the good news is that you can freeze it! If you don't freeze it, you can get away with storing it in the fridge for up to a week. On a similar note, feel free to freeze a portion of the cheese from a recipe-size batch if you want fewer than four sandwiches. I wouldn't suggest going with a smaller batch size than this recipe specifies, because you might run into the problem of it splattering away from the blades too much for good blending, regardless of what type of blending device you're using.