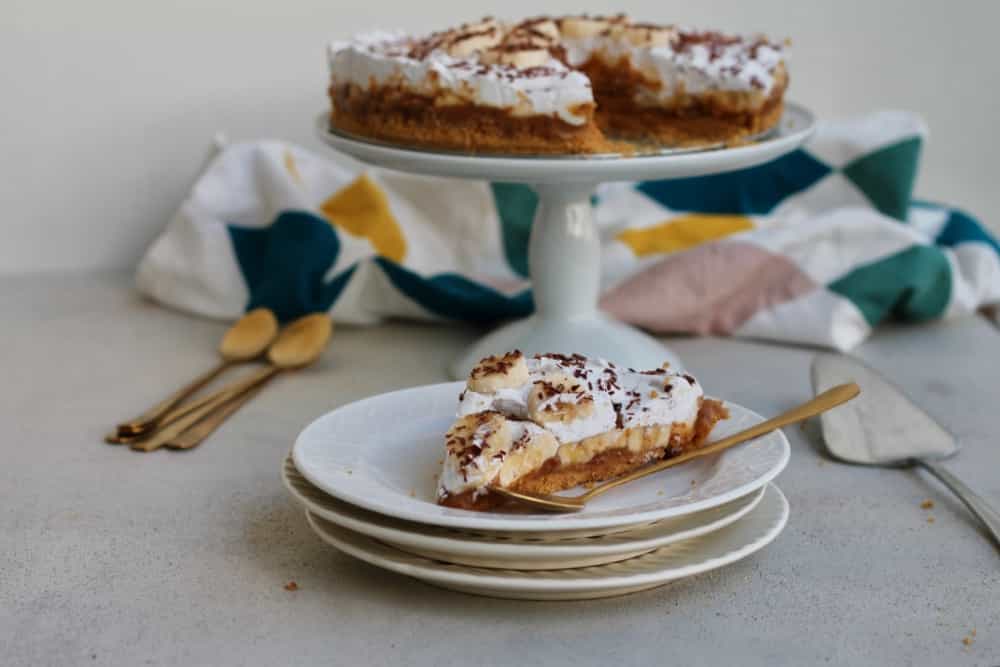 The first time I ever heard about Banoffee Pie is from that scene in Love Actually where Kiera Knightley turns up at that artist guy's studio apartment asking to look at the video he took of her wedding. She offers to share her Banoffee Pie (he declines) then snoops around his apartment looking for the wedding video. Only she discovers that he is hopelessly in love with her (his best friend's wife!) and that the only reason he's been acting like a total d-bag towards her is a self-preservation thing.

I don't care what the haters say, I freaking love that movie and start watching on repeat every December. It's a holiday classic! It's surprising then since that movie came out well over a decade ago that it took me so long to make my own Banoffee Pie!

Even vegan-ized Banoffee Pie is a ridiculously simple dessert to pull together. But it looks and tastes super impressive, so let your friends think you were sweating it out all day in the kitchen.

This Vegan Banoffee Pie starts with a base made from vegan digestive cookie crumbs and coconut oil. The caramel toffee layer is made from dates, based on a recipe from our friends over at Veg Kitchen. Next comes slices of banana, obvs, and then the whole thing is topped off with coconut whip.

Our Vegan Banoffee Pie is wholly plant-based and naturally sweetened, but don't let that fool you, it's still incredibly rich — and a little will go a long way. I think this pie will easily feed 10-12 people, in small, luxurious slices. 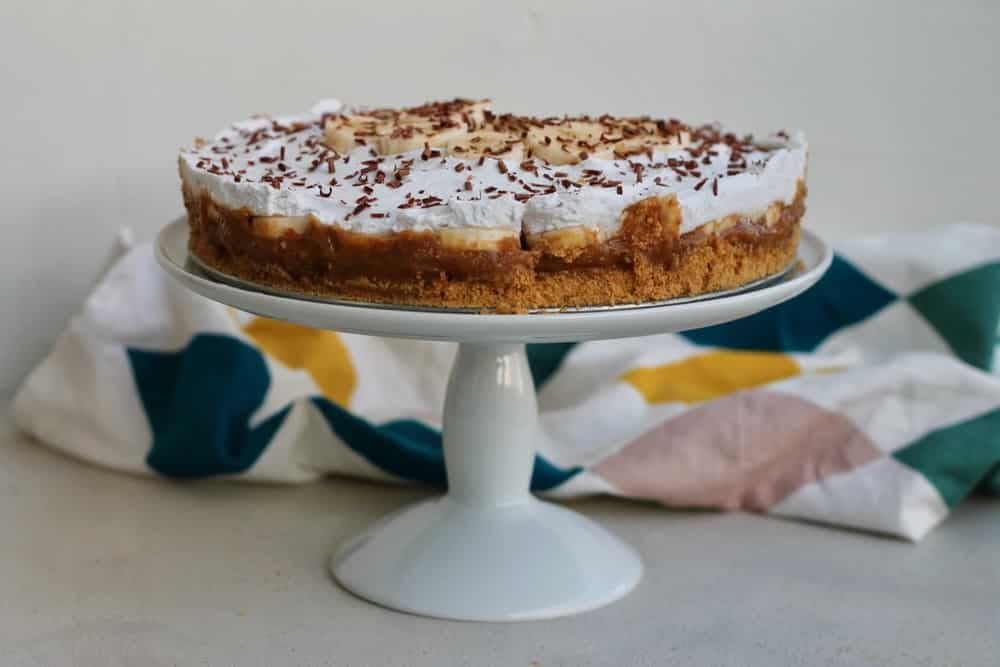 For the date caramel

For the coconut whip

To make digestive cookie crumbs, place a package of vegan digestives into your food processor and run until you have fine-grain crumbs. If you can't find vegan digestives, you could sub vegan graham crackers instead. Look for a brand of coconut milk that doesn't contain stabilizers that prevent the coconut cream from separating.