Almond butter gives these vegan blondies a rich, decadent taste. Bake up a batch for a snack, a party, or any excuse to have a delicious treat! 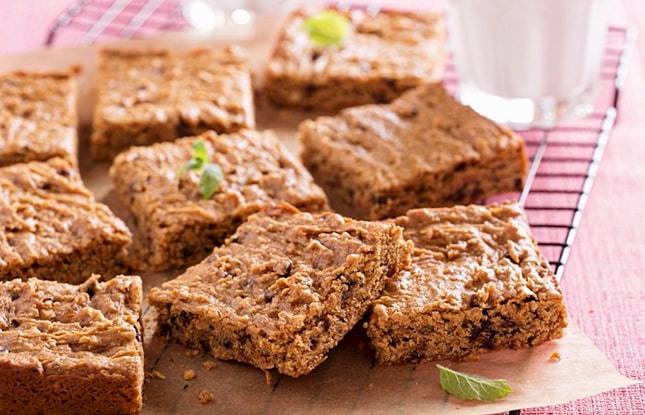