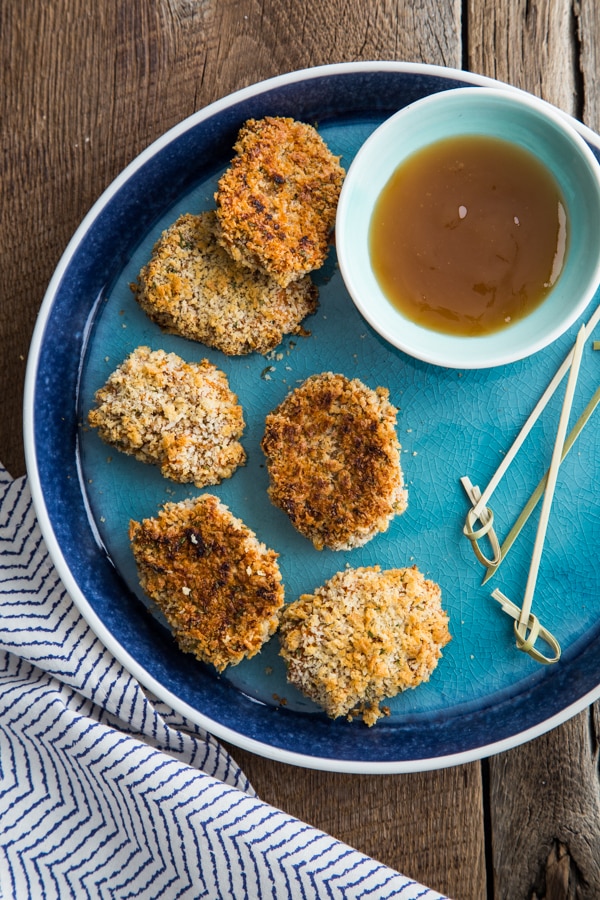 When I was growing up, I was quite the Chicken McNugget aficionado. Other fast food restaurants had their versions of nuggets, but I liked the McDonald's version the best — probably because of the mild flavor. I'd dip half of them in ketchup and the other half in honey. Who came up with the idea to serve fried pieces of processed chicken with honey?! It kind of makes my teeth hurt to think about it now.

Because I love making meatless versions of foods I enjoyed before I stopped eating meat, I decided to tackle this childhood favorite — and tackle it with sweet potatoes. So no, these are not something you're going to eat and think, "Oh, these are just like the real thing!" But they do take the shape of the original and the dippability. (Dippability is not a word, but it should be.) The secret to forming nuggets with sweet potatoes is to let the mashed sweet potatoes chill in the fridge for a while before you start working with them. I've made several iterations of this recipe, trying to get the nuggets just right and this is the one that works the best — adding the egg to the sweet potatoes helps the nuggets keep their nuggety shape and not fall apart when you're eating them. 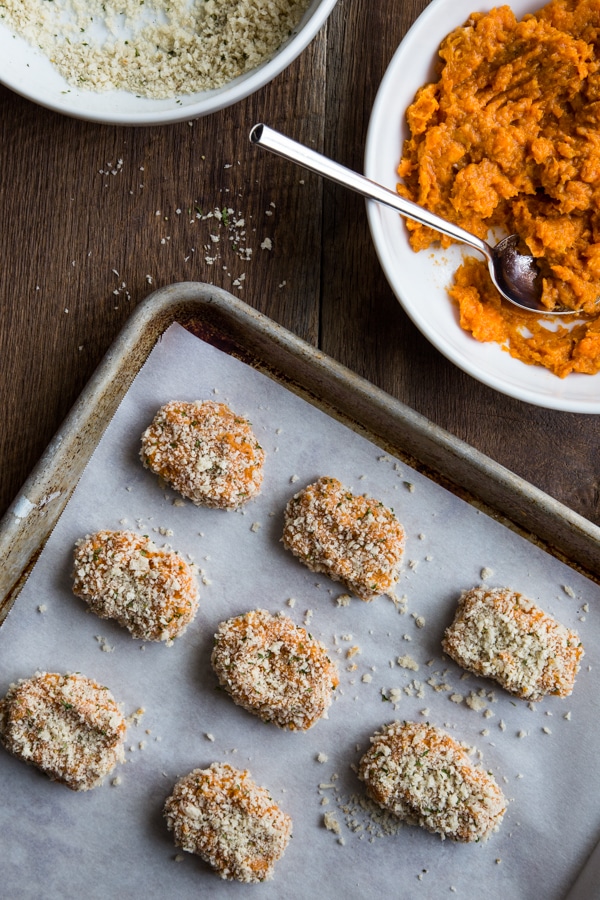 With cinnamon and maple syrup, these nuggets are just a little bit sweet and very kid-friendly. If you're not serving these to kids and you want a bolder flavor, I've also made these with sriracha and chipotle seasoning instead, and they tasted great.

Half the fun of serving nuggets is having a variety of sauces to dip them in — in this case, instead of honey and ketchup, I'd suggest a simple apple cider reduction for those of you with a sweet tooth and Cranberry Chipotle Ketchup for those of you who want to class things up with something a little fancier.

This December, we're republishing updated recipes from Oh My Veggies' first year. This post was originally published on March 18, 2011. 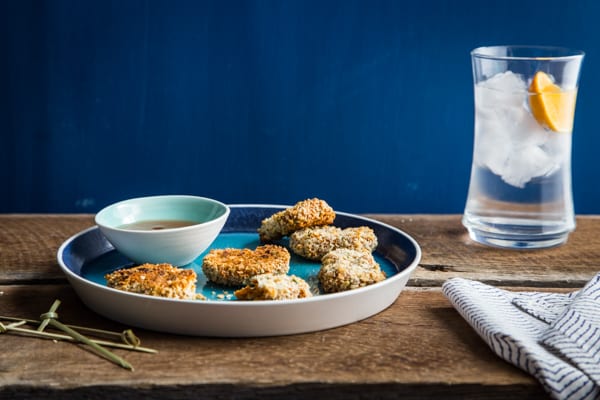 To make a sweet Apple Cider Dipping Sauce, boil 1 cup of refrigerated (not shelf-stable!) apple cider in a small saucepan over high heat until it's reduced by half. Combine 2 teaspoons of water and 1 teaspoon of cornstarch in a pinch bowl until no lumps remain, then whisk the mixture into the apple cider until thickened. Remove from heat and serve. The prep time includes hands-off time baking the sweet potato and letting it chill in the refrigerator. To reduce this time, bake the sweet potato the day before and let the mashed sweet potato chill overnight.