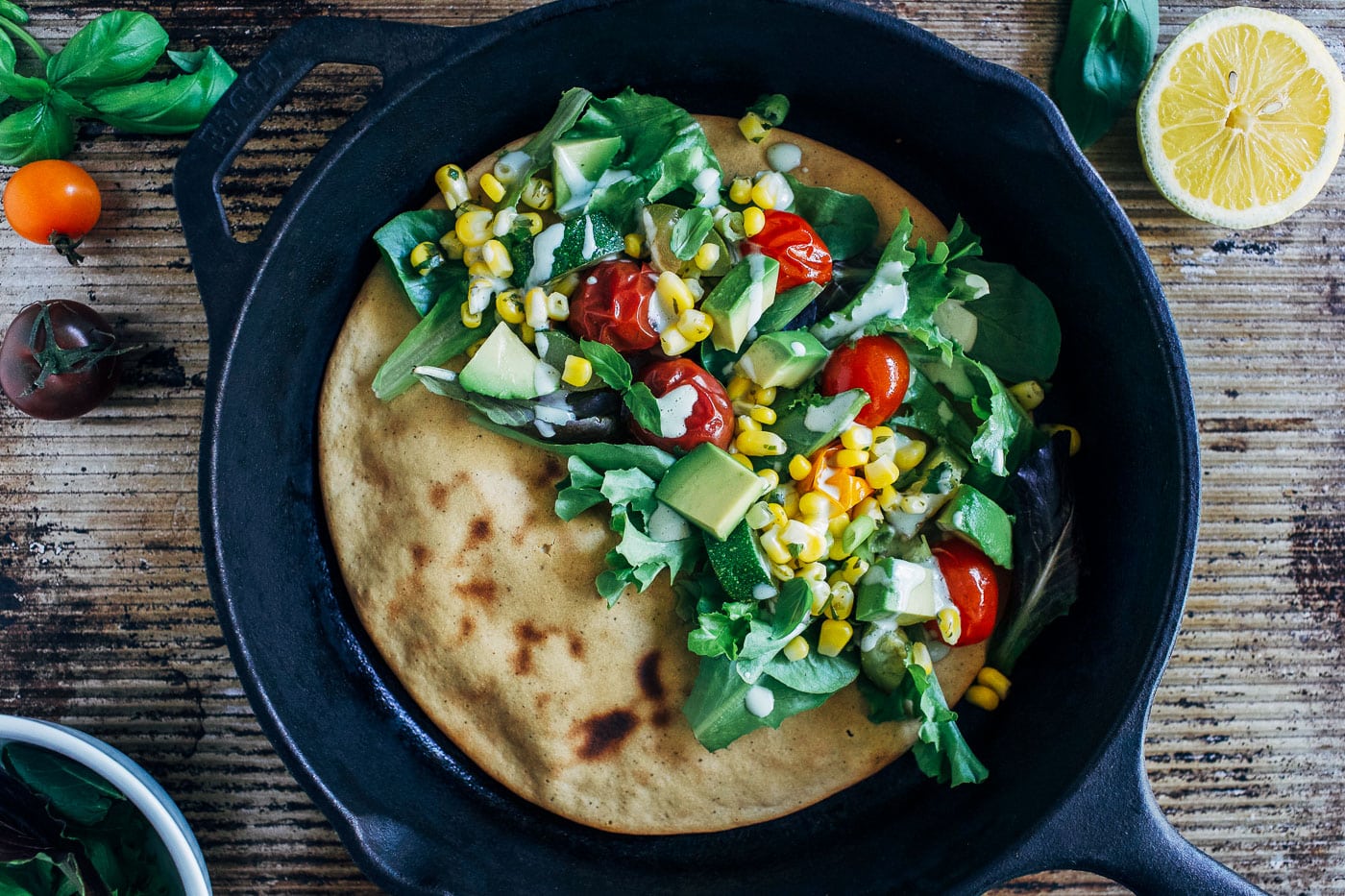 One ingredient I find myself obsessed with lately is chickpea flour, also known as garbanzo bean flour. From chickpea frittatas to crepes and socca, it's incredibly versatile and packed full of protein and fiber. What more could you ask for?

I've heard of people making their own chickpea flour from dried garbanzo beans but when you can buy it for less than two dollars a bag I prefer to go to the lazy route. It makes life easier that way.

Originating in France, socca is one of the oldest recipes you can find using chickpea flour. Similar to a flatbread, it's cooked either on the grill or in the oven in a cast iron skillet, which gives it a nice golden crispy exterior. Because I don't have a grill, I prepared mine in the oven and paired it with a few summer vegetables cooked on the stovetop, fresh salad greens, and a creamy lemon basil yogurt dressing. 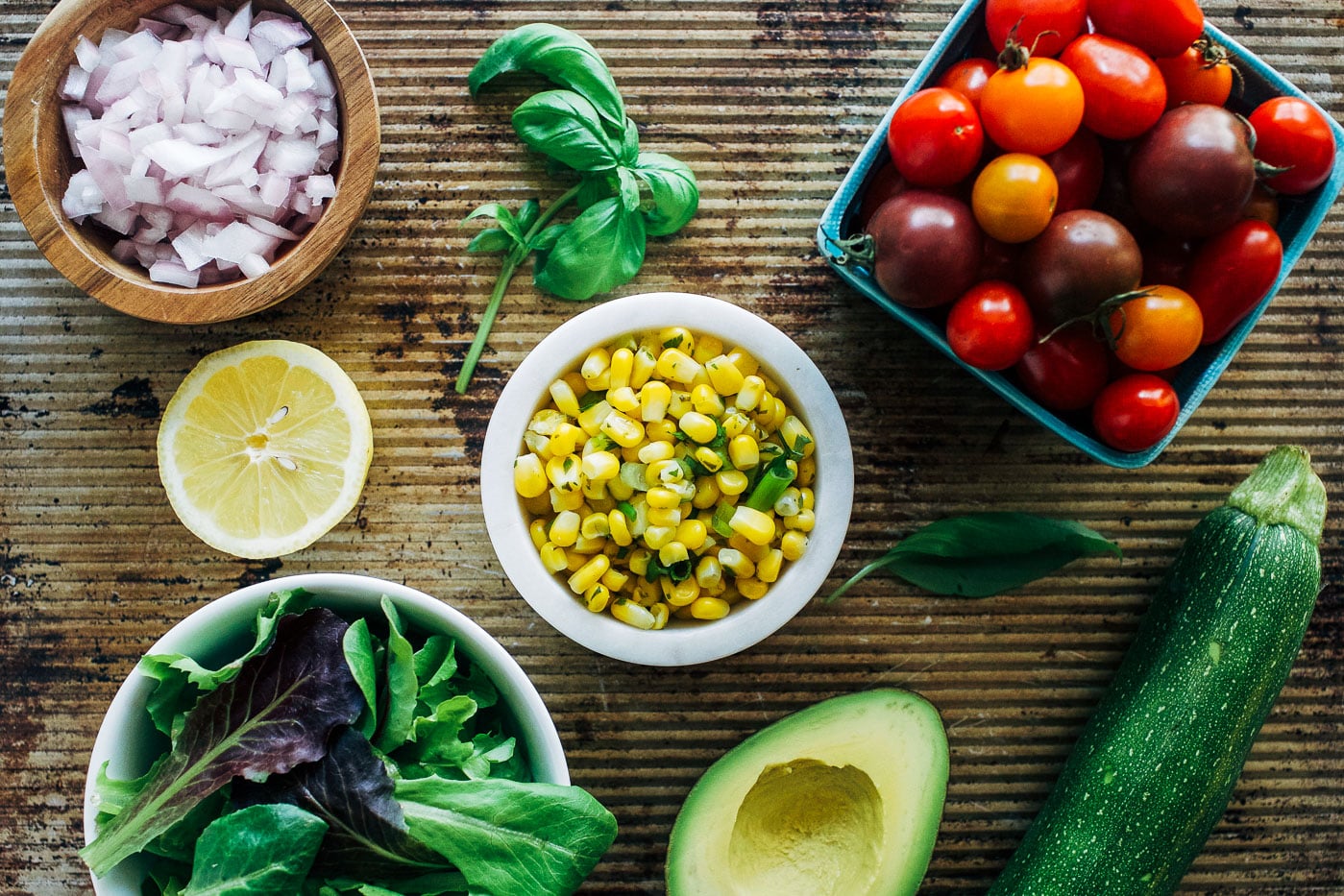 The trick to getting the best socca is to preheat the oven with your cast iron skillet inside. That step cooks the bottom as soon as you pour the batter in, so that the whole thing will be baked through in just 10 minutes. Also turning the broiler on at the end helps even things out a nice golden brown top. The result is a savory flat bread with a light texture that's hard to resist. 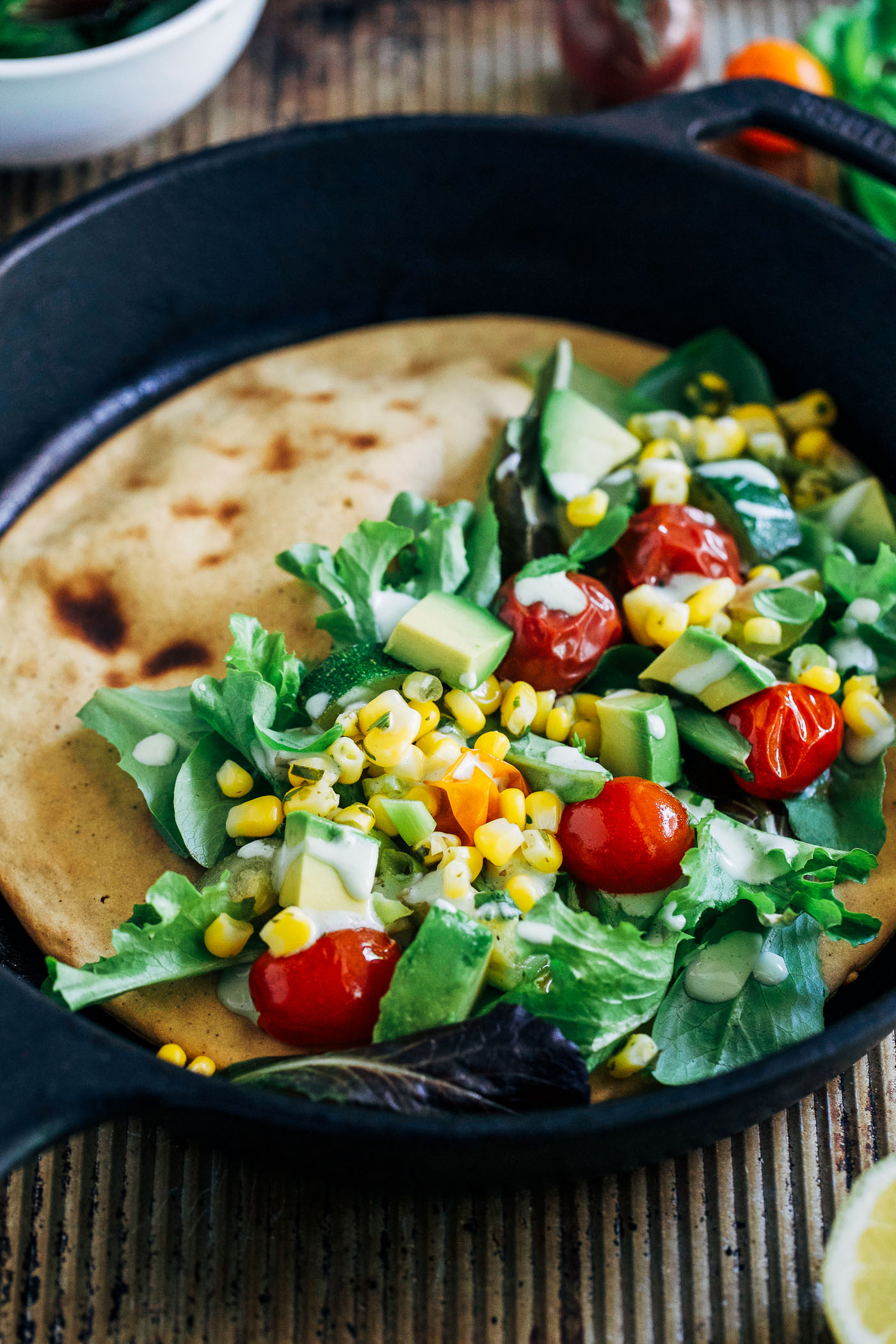 But trust me, you'll want to save it for the summer salad because it's outrageously delicious with a few blistered tomatoes, corn and zucchini topped with lemon basil dressing. I usually rip off a triangular piece of the socca and scoop as the salad as I go. I know it might not be lady-like to eat with your fingers but when something tastes this good, all of my manners go out the window.

For the lemon basil yogurt dressing:

For the summer salad:

The salad makes enough for 2 people but you may want to double the socca, depending on how much you can eat. I can eat a whole socca to myself.