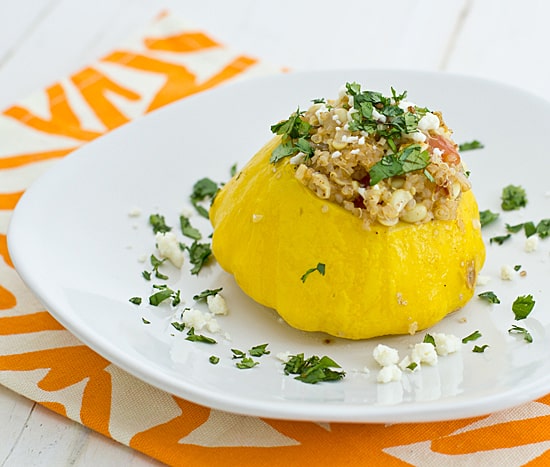 Last month, my husband's parents visited us for a few days. We decided to stop by the state farmers market in Raleigh before going to Chapel Hill for the afternoon--the farmers market is HUGE and full of fun local products like muscadine grape slushies and sweet potato syrup. Oh, and there's the produce too--lots of produce! 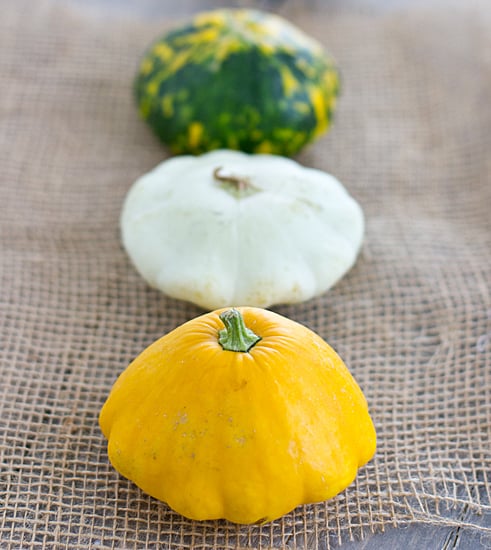 As we were strolling through the produce section, my mother-in-law pointed to the pattypan squash and asked what they were.

"What do you do with them?"

…and that was all I had. You can stuff them. That's pretty much the extent of my pattypan squash repertoire. Of course, there are other things you can do with pattypan squash, the rounder, squatter, UFO-looking cousin to zucchini. In fact, you can really use it in any dish where you'd use zucchini. Cut into rounds, it's perfect for grilling. You can also cut out the stem and flower ends, cut the squash in half, and then cut each half into slices. I did this with a pattypan squash I got from the garden this weekend and I sauteed the slices with long beans and corn (also from the garden!). Summer veggie saute, y'all! 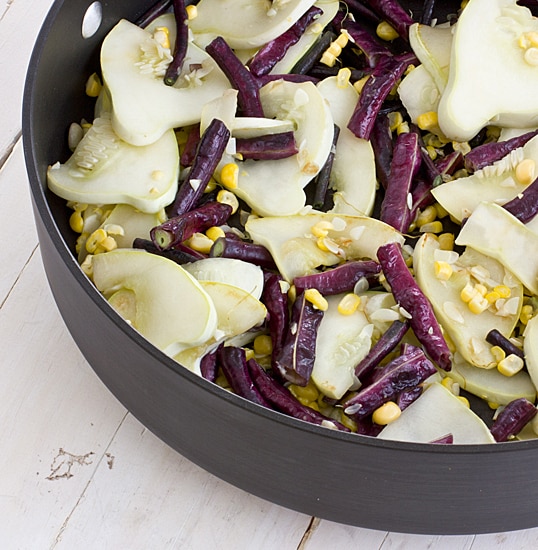 So yes, you can do lots of things with pattypan squash. But it's still best for stuffing. It's the perfect shape and the perfect size. Somehow it feels like a wasted opportunity to do anything with a pattypan squash other than stuffing it. Oh sure, it was good in that saute, but it could have been stuffed!

Because the flavor of pattypan squash is so similar to zucchini, you can use just about any zucchini stuffing for pattypan squash too (perhaps Parmesan panko, artichoke hearts, and sun-dried tomatoes?). This particular stuffed pattypan squash recipe has a protein-packed filling consisting of quinoa, fresh corn, and queso fresco. There's a little bit of chipotle in there too to add some smokiness and heat.

This is what you do with pattypan squash. 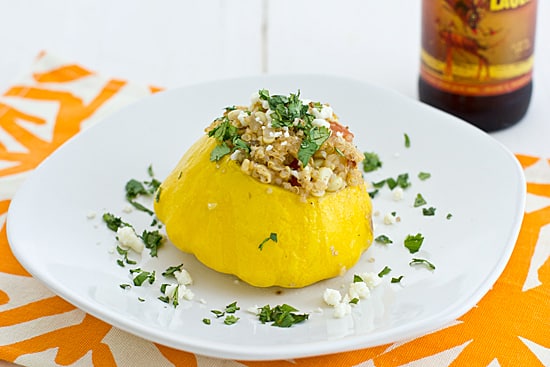