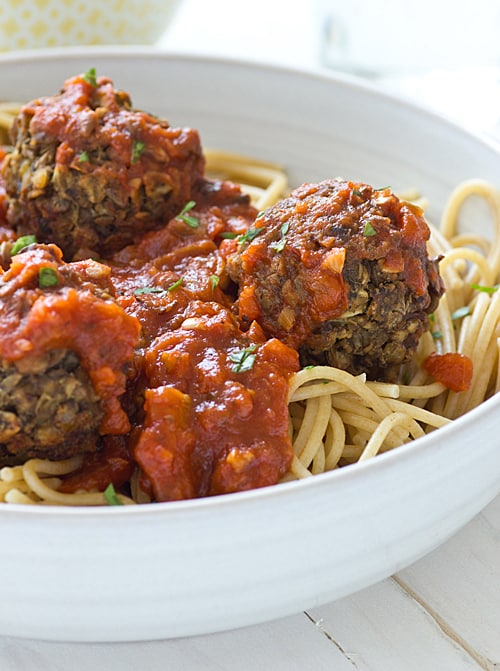 Corn. It looked so good. So fresh. Yellow. Delicious. I wanted to cry a little. I could almost taste it, but the almost part made it even worse--almost, but not really.

We're on the cusp of winter, which means that summer is six months away. It is not going to be corn season anytime soon. No, it's winter--winter, the time to eat… well, I guess the same things we've been eating since fall? More sweet potatoes? More winter squash? Mushrooms and broccoli and all those things that might have a season, but don't really have a season because we buy them year-round? 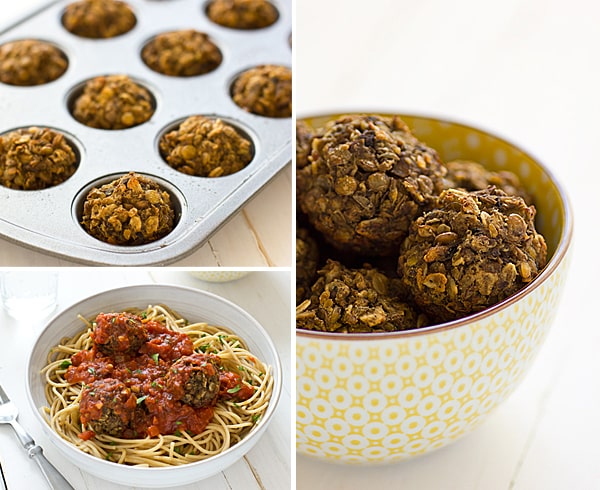 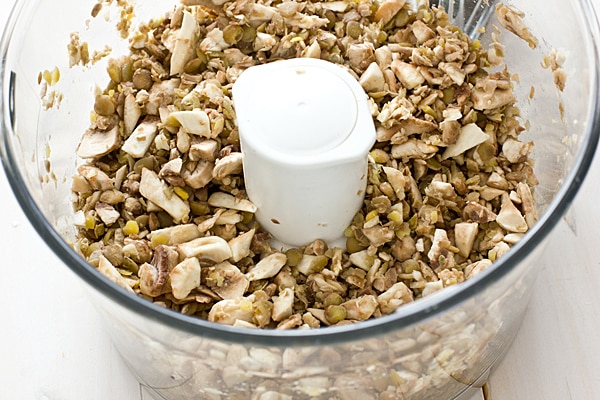 Lesson? The lentils need to be undercooked. I didn't want to call for French lentils in the recipe since they're not available at all supermarkets. So in order to use brown lentils, I cooked them for a shorter amount of time than you normally would. After cooking, they get pulsed with mushrooms in the food processor until the mixture is coarsely chopped. This mixture is then browned in a skillet before forming the meatballs. (Does this sound complicated? I swear, it's not!)

I also baked the meatballs instead of frying them, so in order to help them keep their shape, I put them in mini muffin tins. Oh sure, they get a little flat on the bottom, but don't they look like perfect little meatballs on top? 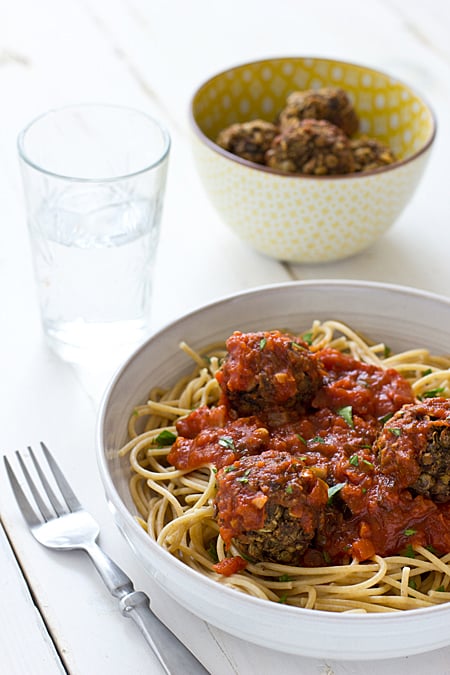 Chris loves the frozen soy meatballs and I think I've finally come up with a good alternative--well, at least, according to him, I have. They're savory and delicious and made with real, whole ingredients like lentils, mushrooms, and oats. Although they are perfect in a big bowl of spaghetti, they'd also make fantastic meatball subs or sliders.

I guess winter isn't so bad, huh? Maybe I can wait that six months for corn... 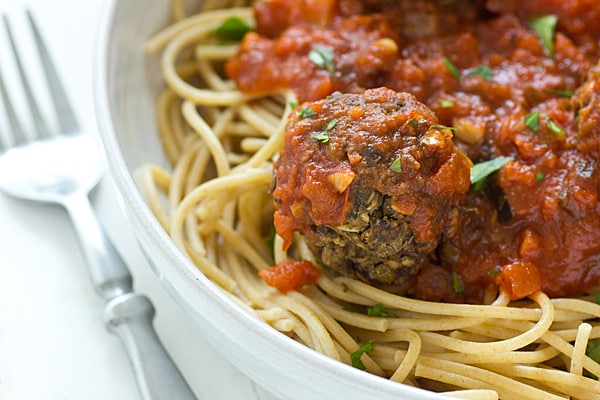