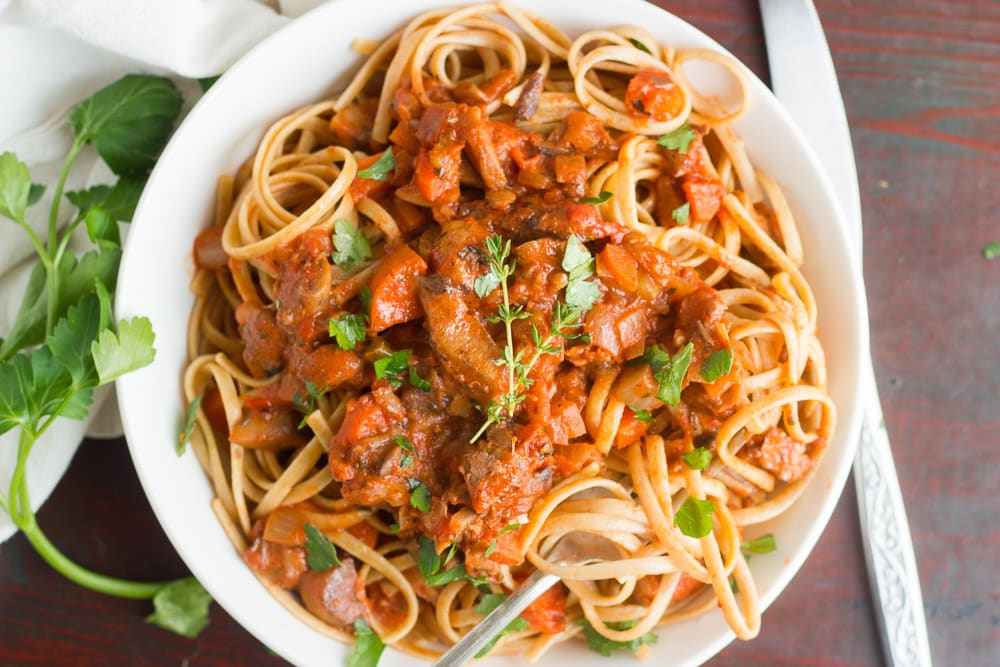 Going vegetarian was a pretty easy transition for me. I know lots of people that have a long list of dishes they think they could never give up, but not me. For the most part, I never really liked eating meat, and didn't think I'd miss it at all. There were a few exceptions though. Growing up in an Italian family I developed a big time attachment to pasta with Bolognese sauce, so I did have a tough time with that one. 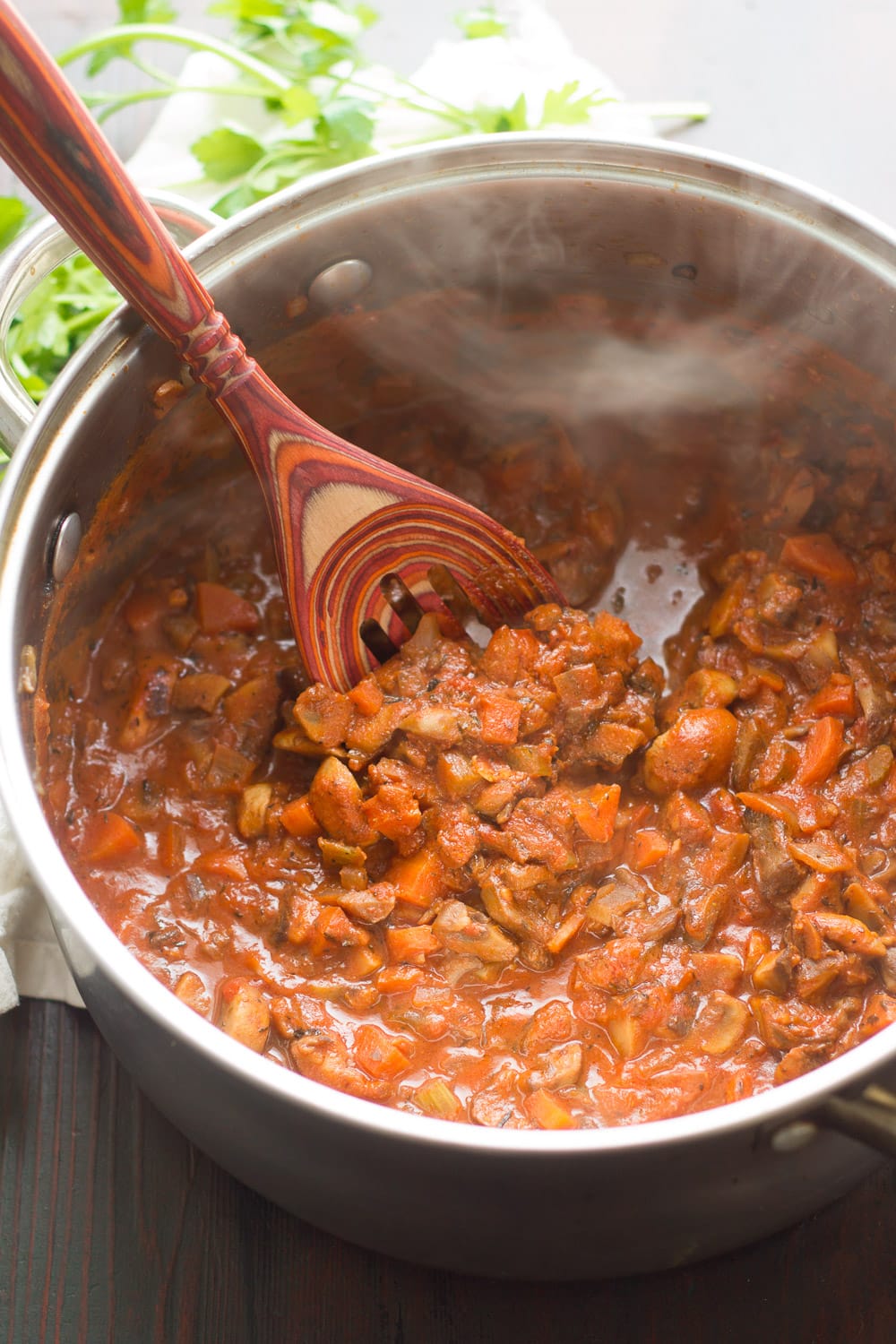 What I eventually realized is that it wasn't so much the meat I was attached to, but rather the super thick, slightly creamy tomato sauce with the added texture of meat. Fortunately, that texture I loved so much isn't too tough to replicate, particularly when it's all buried in tomato sauce.

I've been successful at recreating the hearty texture of Bolognese sauce in vegetarian form a few times before, first with lentils, and then with tempeh. And while I loved both of those versions, I just recently discovered my absolute favorite meatless Bolognese sauce, and that would be this version, which is made with mushrooms. 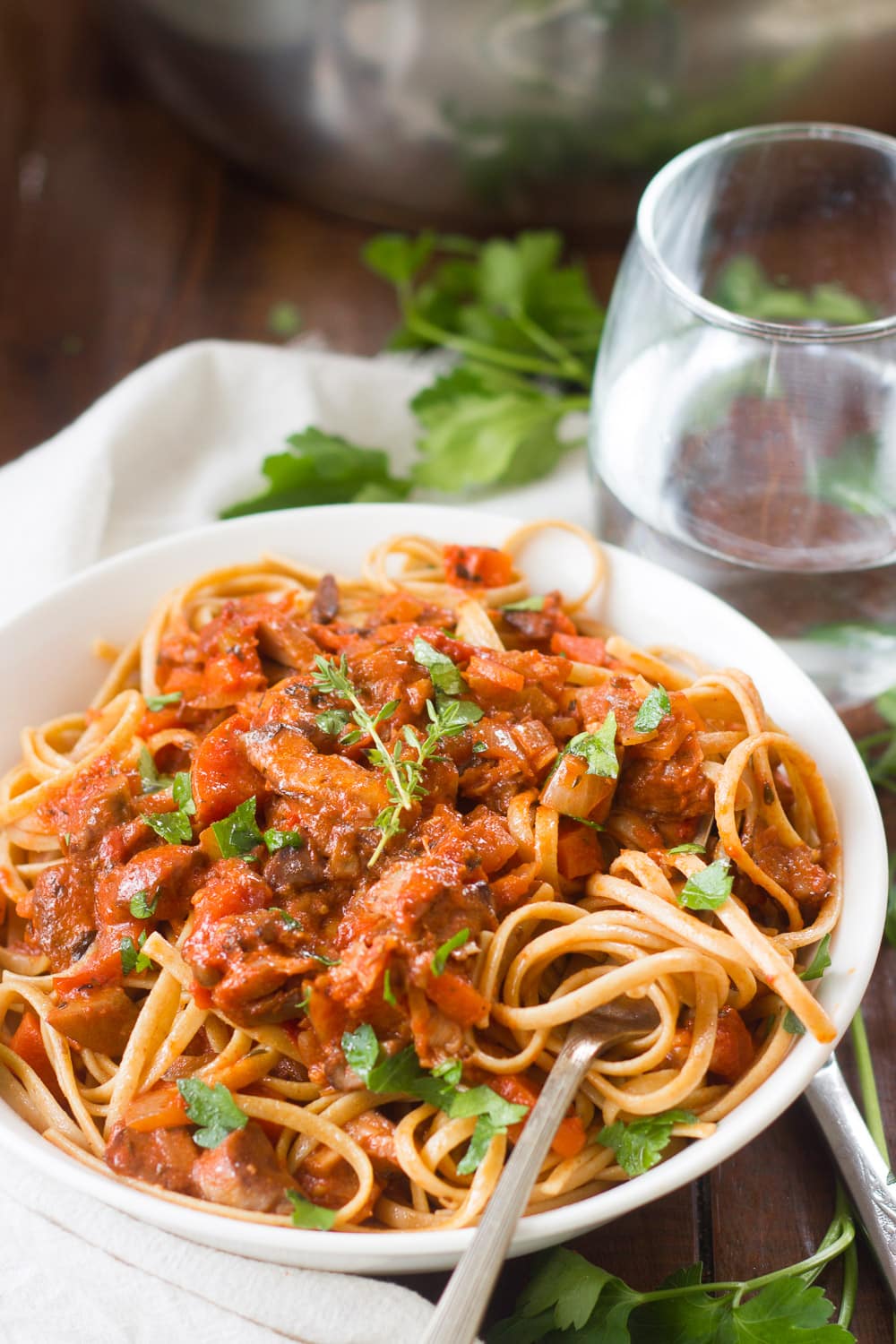 The awesome thing about using mushrooms as a meat substitute in a sauce like this is that they add savory flavor in addition to texture. This sauce includes a lots of mushrooms, so you get lots of flavor. Dicing them up nice and fine gives them a meaty texture. I also seasoned the sauce up like crazy, to make sure it was just as flavorful as any meat-based version. Red wine and soy sauce give the sauce give the sauce a rich, deep flavor. The liquid smoke is optional, but it adds a surprisingly meaty flavor, so I highly recommend using it.

Just about any common variety of fresh mushrooms will work here. I used a mix of white button, cremini, shiitake, and oyster mushrooms for this particular batch.