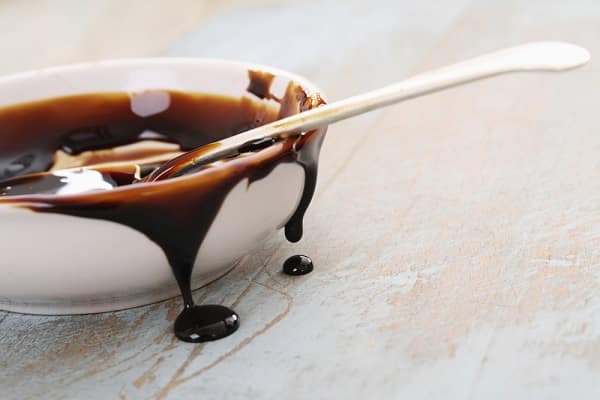 I first discovered blackstrap molasses by accident, and I’m guessing by the number of questions I get on the ingredient, lots of other people can say the same. I thought blackstrap was a brand of molasses. Silly me! As it turns out, blackstrap molasses is its own variety of molasses, with a few things in common with, as well as a bunch of notable differences from, the regular old molasses that you grew up eating.

At some pint I began to seek out blackstrap molasses, initially trying to sneak it into my diet for its iron content, and eventually became hooked on the stuff for its intensity and flavor.

In order to get what blackstrap molasses is, you really have to get what regular molasses is. Molasses is what is removed from cane or beet sugar during the refining process. Raw sugar actually retains a bit of molasses after refining, hence its pale brown color.

You’re probably familiar with the flavor of molasses, so think that, but intensified. And while all of the flavors of blackstrap are certainly present in regular molasses, you’ll probably pick up on notes that you wouldn’t have otherwise. Some people find the flavor a bit metallic or bitter. I find it a bit chocolaty.

How Do You Store It?

Kept in a lidded jar at room temperature, a bottle of blackstrap molasses can last for years. I've yet to have one go bad on me.

How Do You Use It?

It’s important to know that you can’t make a direct swap of blackstrap molasses for regular molasses in most recipes. At the very least, you’ll probably end up with a product that’s way more intensely flavored than you’d like, and because there’s some differences in chemistry between the two ingredients, baked-goods may not cook up properly. You can sometimes use a mixture of blackstrap molasses and maple syrup in place of regular molasses, but even this isn’t a sure bet.

Seek out recipes that specifically call for blackstrap molasses (like those below!), or stick with blackstrap as a sweetener for no-cook recipes. The combination of blackstrap + peanut butter on some toast is a favorite sweet tooth kicker of mine. You can also try a drizzle of blackstrap on pancakes or blend it in a smoothie. Whatever you do, add just a bit at time to avoid the flavor getting overpowering on you.